CONFRONTATION: Grab car driver Suchart Chaipraya, at the back of his car, is stopped at Gate 5 of Chiang Mai airport on July 20. He has accused airport security officials of assaulting him, which they deny. (Supplied photo)

CHIANG MAI: The airport authority has denied a Grab car driver's allegation that officials attacked him last Saturday, and said charges will be filed against the man to protect the airport's reputation.

He alleged that at least two airport officials assaulted him while he was being detained in a room at the airport on July 20, according to a Workpoint report.

A fact-finding inquiry into the assault allegation reported that Suchart, 39, had arrived to pick up foreign tourists from the airport around 5.50pm on July 20, he said.

The car was not registered to provide a service at the airport, so security officials asked to inspect the vehicle to ensure the safety of passengers. Instead, Mr Suchart drove off, Mr  Amornrak. said.

Security officials to give chase. The driver was stopped near Gate 5 of the passenger terminal. When the officials tried to question him he scolded them, producing a baton to intimidate them, according to the airport director.

Mr Suchart asked to use use a bathroom and then tried to flee, using a mobile phone to videotape the incident while he kept shouting. Airport police then detained him in a room. He kept resisting them and was handcuffed, Mr Amornak said.

The airport director defended the airport officials’ actions, saying they had a duty to check unregistered vehicles for the safety of passengers.

Currently, Grab cars were not registered as public transport vehicles.

Airport authorities normally gave a warning to drivers of unregistered cars for a first offence. A second offence drew a fine of up to 2,000 baht, he said.

As Mr Suchart both resisted and refused to cooperate with officials, authorities would file charges against him to protect the reputation of the airport and boost employees' morale, the airport director said. 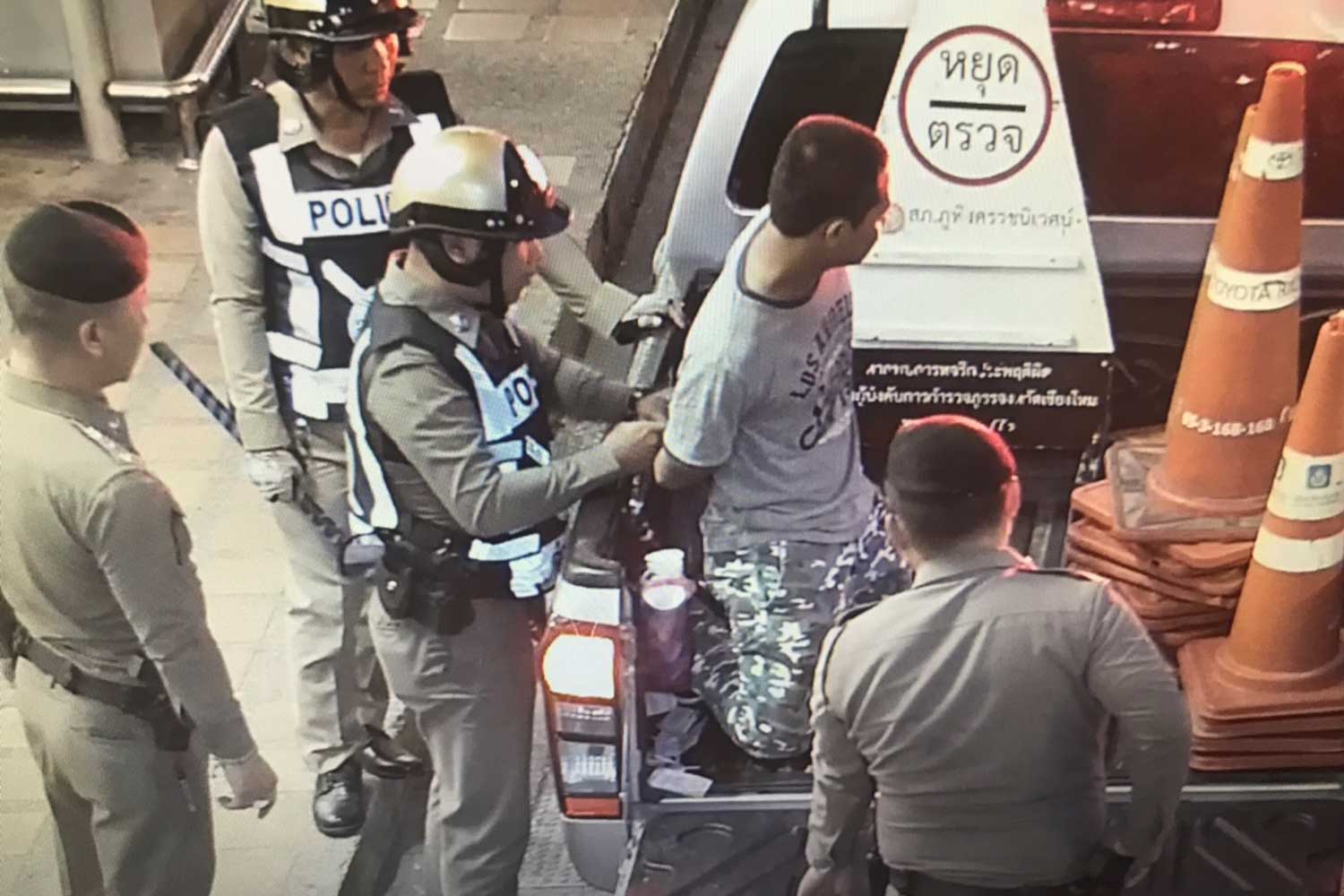 Suchart Chaipraya, driver of the Grab car, is handcuffed to a police vehicle. (Supplied photo)