Police cordon off the isolated building in the grounds of Buriram College of Agriculture and Technology, in Muang district, where the body of a foreign man was found on Tuesday. (Photo by Surachai Piragsa)

BURI RAM: A man believed to be a foreigner was found dead with a plastic bag over his head inside a deserted building on the extensive grounds of an agricultural college in this northeastern province on Tuesday.

Students found the body in a building owned by the faculty of fisheries at the Buriram College of Agriculture and Technology in Muang district on Tuesday morning, Pol Capt Chalermphol Kaewnate, deputy investigation chief of Muang police, said.

The dead man, described as of solid build with white skin, was covered with a blanket and hidden from view behind a green, metal noticeboard propped up against the wall.

He was wearing a long-sleeve grey shirt and long black trousers. There was a plastic bag fastened securely over his head, with a tube leading from it to a small can of butane gas. A bottle of water was found between his legs, police said. A doctor estimated the man had been dead 2-3 days.

A black shoulder bag was found under his body. It contained scissors, gloves and a lighter. There were no documents with the body. (continues below) 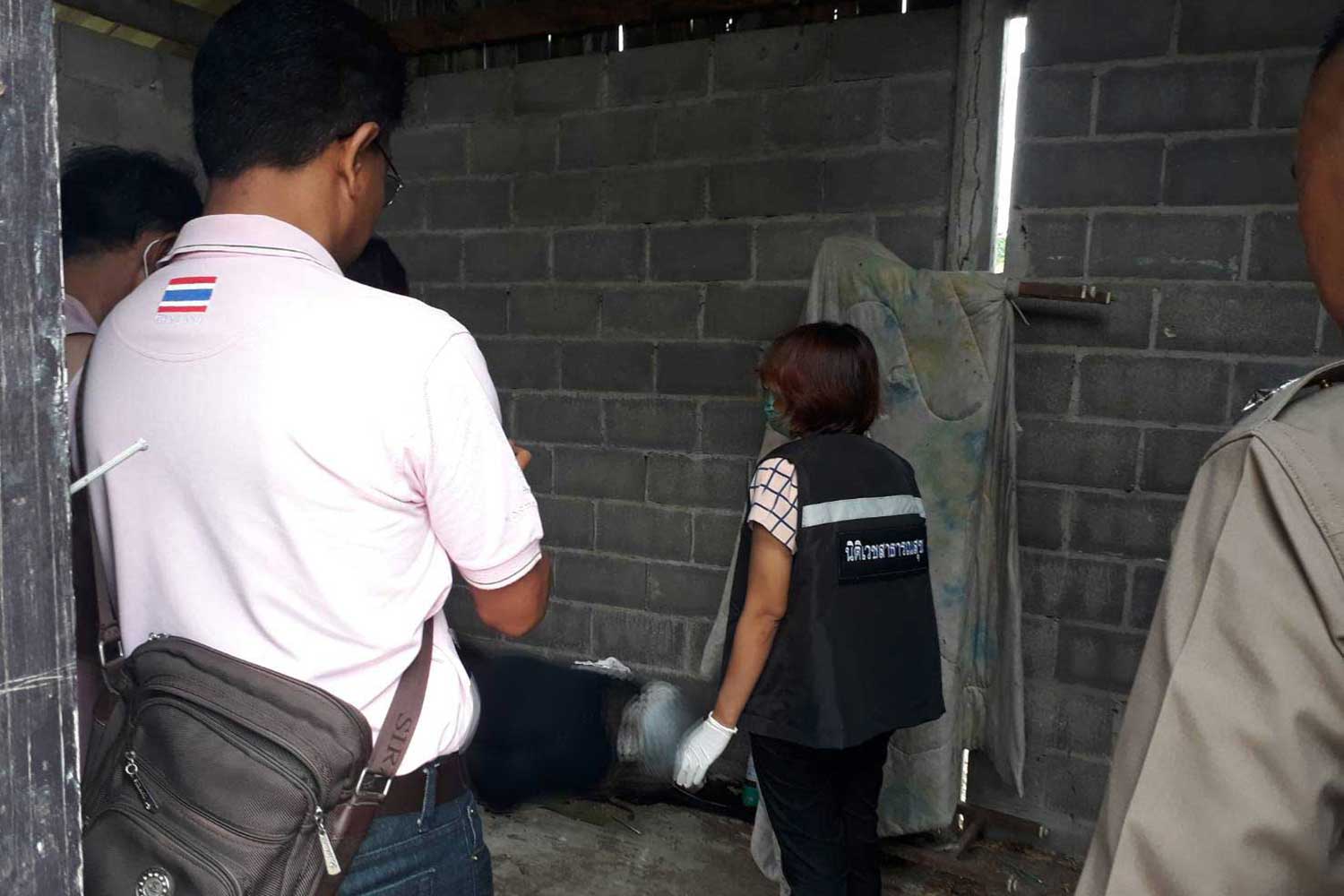 The body of a man, covered with a blanket, is found inside the building. (Photo by Surachai Piragsa)

College students told police they had first seen the two plastic bags on Saturday, but did not open them.  On Tuesday they went back to the area and saw the bags were still there, and there was also a bad smell coming from the building. They went to investigate, found the man's body and immediately reported it.

Police said it was unclear whether the man took his own life or was murdered. His body was sent to a forensic institute for post-mortem examination.

Police were looking to identify the man and track down any friends or relatives. The small can of gas found near the body. (Photo by Surachai Piragsa)