From North to South and East to West, Thai citizens started the day by offering alms to monks and participating in merit-making ceremonies to bless His Majesty the King, who turned 67 on Sunday.

Sunday's morning highlight was the event at Sanam Luang where Prime Minister Prayut Chan-o-cha, all the cabinet ministers, officials and other well-wishers hosted an alms-giving ceremony and other religious activities to celebrate His Majesty's birthday.

The prime minister and his cabinet ministers also made a vow before the King's portrait to do good deeds for the country.

All provincial halls and district offices across the country held similar ceremonies for His Majesty. Participants volunteered to clean public places and plant trees to honour the King.

School director Poon Jittasaeno said the number formation reflected the students' desire to show their loyalty to the King and Thailand, as many had fled internal conflicts in Myanmar and were later granted Thai citizenship.

Royal Thai Navy soldiers fire a 21-round gun salute to celebrate His Majesty the King's birthday at the Bangkok naval base. pic.twitter.com/3MMSXmnRUt

In Surat Thani, provincial officials released 689,999 fish into the Tapi River to mark the special occasion.

All armed forces fired a 21-round salute in a traditional show of loyalty and celebration of His Majesty's birthday. 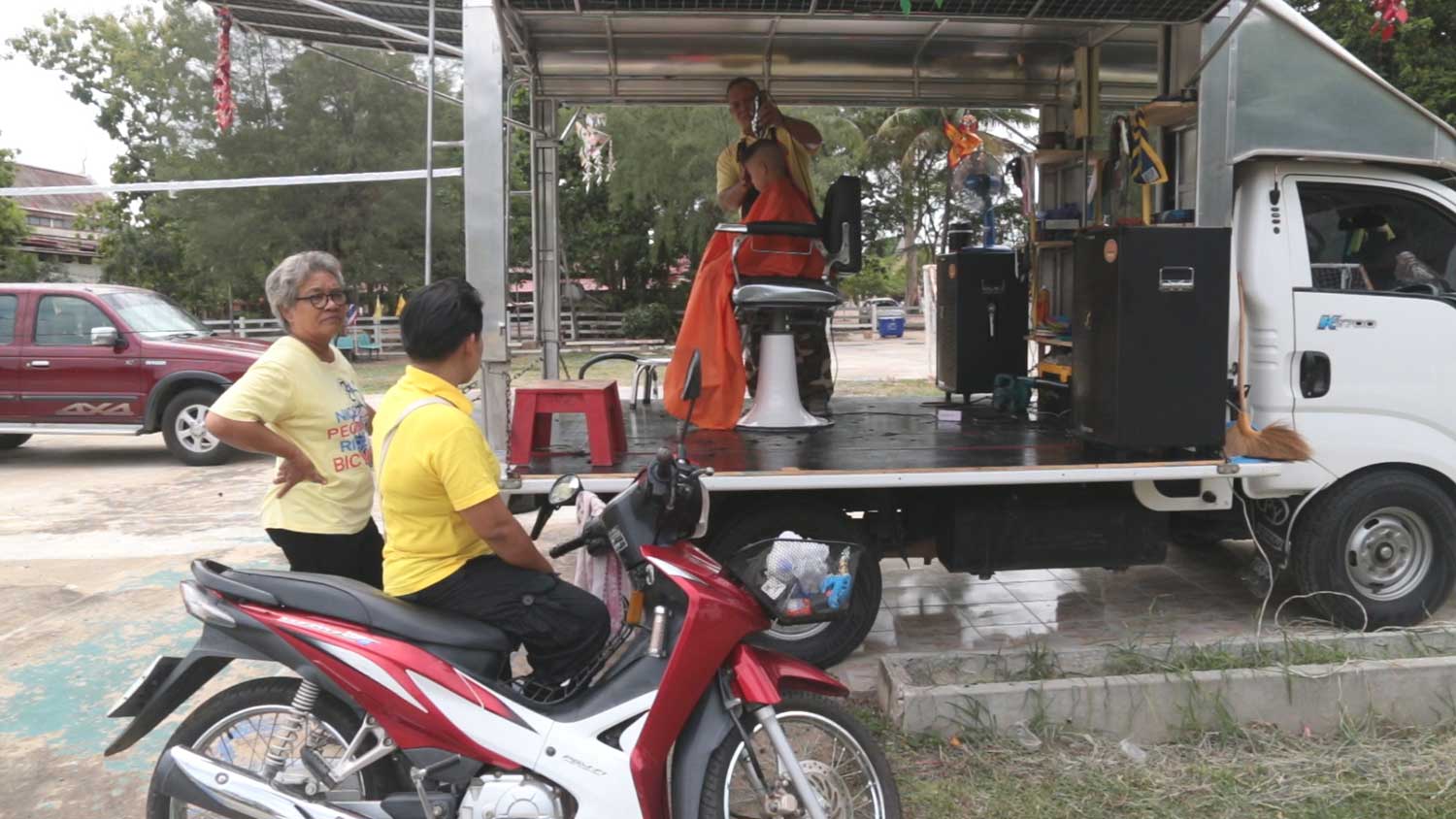 A boy receives free haircut service on a truck at Wat Ngiew School in Chai Nat's Muang district in one of the activities conducted nationwide for the King. (Photo by Chudet Seehawong)

Barber Taweesak Pinpraset took part in the special event by offering free haircuts on his truck -- modified to be a mobile salon -- at Wat Ngiew School in Muang district of Chai Nat province.

"I follow His Majesty the King's advice on volunteering to help others honour him," he said.