As the falling birth rate, technological disruption and the fast-changing needs of employers rapidly change the nature and availability of work, Thai universities are now being forced to make significant changes to remain efficient and relevant to survive.

The Bangkok Post looks into how the universities are adapting themselves to a change in the world’s educational mobility.

According to the dean of the Faculty of Commerce and Accountancy at Thammasat University, Pipop Udorn, Thai universities face three major challenges.

The first comes from changes to the demographic structure of the country itself.

Thailand is facing an unprecedented demographic challenge. Its population is ageing quickly, while the birth rate continues to fall. As a result, the number of college-aged students is expected to decrease. Statistics from the Council of University Presidents of Thailand (CUPT) show that only 250,000 applications have been made for placements in the 450,000 available seats in the 2019 Thai University Central Admission System (TCAS).

As Thailand becomes an ageing society, the number of people 65 years or older has more than doubled over the past 20 years.

Thanks to better healthcare, Thais live 4.4 years more each year than they did 50-60 years ago. At present, the average life expectancy for a Thai is 75 years.

Given constantly improving health technology, people born in 2016 are expected to live until 80-98 years on average.

“This could mean the retirement age of Thais might increase as people may be able to work until they are aged 80 or more.

“So the current traditional model of universities at which students spend four years to get a degree for the rest of their lives will become irrelevant,” Mr Pipop said.

Mr Pipop said that when people work longer they need to constantly learn new skills. “The illiterates of the 21st century will not be those who cannot read and write, but those who cannot unlearn and then relearn. People will need to re-skill themselves again and again to keep up with the pace of technological change,” he said. 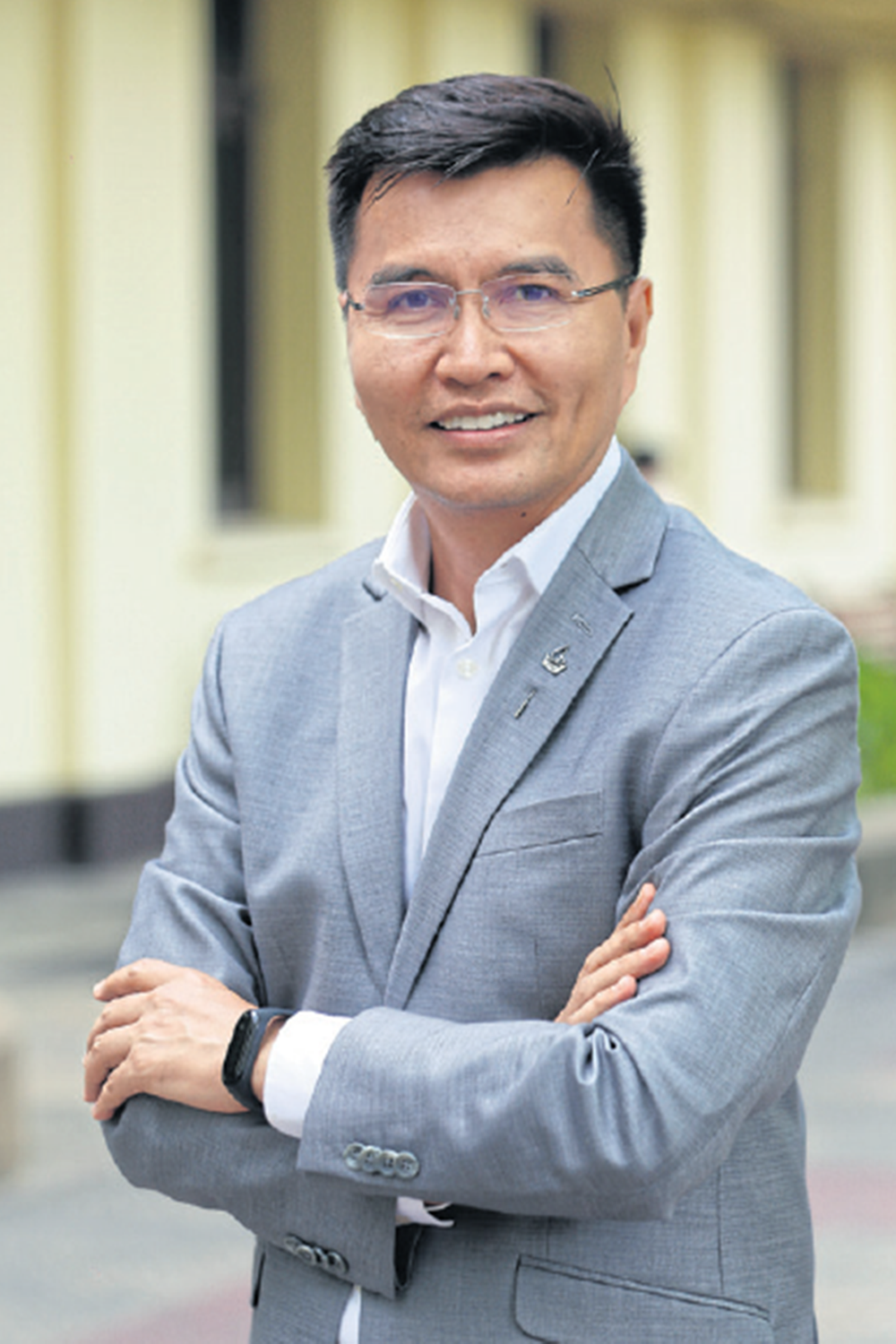 Mr Pipop believes that instead of competing to attract secondary school graduates, Thai universities will need to focus more on retraining and re-skilling people who are already in the job market to help them survive tech disruption.

“In the near future, universities will have to expand their customer base, be more flexible and focus on more than just attracting secondary graduates,” he said.

Robotics and artificial intelligence (AI) technologies are transforming all industries. While providing industries with opportunities to leapfrog, both technologies pose threats to those who fail to adapt, or not change quickly enough.

All industries including banks, airlines and manufacturers are challenged by robotics and AI; universities are no exception.

Online learning has put half the colleges and universities in the United States at risk of shutting down over the next few decades, because students can get comparable and affordable education over the internet without living on campus or taking classes in person, Mr Pipop said.

“Technologies have evolved to a point that people can learn at any time, anywhere.

If universities do not move quickly to transform themselves into educational institutions for a technology-assisted future, they risk becoming obsolete,” he said.

The last challenge comes from globalisation.

The world is now a smaller place due to globalisation, so the future workforce will need to be globally competent to understand other cultures and be comfortable with cultural complexities.

“The world has already become a big economic bloc with many smaller blocs connected to each other inside of it. Universities have to educate their students to be global citizens who have a global or at least regional perspective,” he said.

Mr Pipop said Thai universities will not only compete with their Thai counterparts but will face more competition from foreign institutions which also struggle with a declining number of students.

“Top institutions in the world will expand their services to new markets to find more customers. If Thai universities cannot improve their standing in the global stage, students will turn their back on them,” he said.

Mr Pipop believes universities in the future will become places for all ages.

There will be no age limit for studying at universities as everyone will need to re-skill themselves many times during their careers.

Universities will also be places where university and industry are co-located and collaborate on projects that solve real-world problems.

Moreover, students will be able to create their own customisable degrees and teachers will create learning plans for students which will enable each student to learn at a pace that best suits their abilities and to engage with content that is most beneficial to them.

“The old ‘one model of teaching and learning fits all’ is outdated and has no place in the agenda for future education.

Teachers will become facilitators of learning and students will have more control of their own learning journey,” he said.

He said universities will move towards a mix of degrees and shorter cycle courses. They’ll also work with industry partners to co-create qualifications that respond to industry changes and move rapidly with the changing needs of the workforce.

Mr Pipop said students will have access to learning in real time, from anywhere.

Flexible learning experience will be available on-demand 24 hours a day each week and will be tailored to what students want to achieve.

“Students will be able to study in multiple modes, switching seamlessly between on-campus, blended or wholly online, to suit their lifestyle and fit study with work and other activities,” he said.

WHAT WILL HAPPEN TO THAI UNIVERSITIES?

Mr Pipop said with all the threats they are facing, it’s impossible that all universities will survive using the business model of being a multipurpose university with a combination of a range of degrees and faculties.

“Universities that fail to find their niche, and are complacent about their current position, could find they are left behind,” he said.

He said university administrators will have to choose the path they want to take, and focus on a particular area such as teaching or certain types of research.

“In the past, universities in Thailand were established for a certain purpose.

For example, Kasetsart was crea ted to provide agricultural knowledge, Mahidol was founded to produce doctors and Rajabhat was created to produce teachers.

“Now, all universities are doing the same, providing whatever courses that can attract students to stay financially healthy,” he said.

Mr Pipop said universities that fail to adapt and bring in enough revenue to cover their costs will be forced to downsize, merge with other institutions or even close down.

The cabinet on Wednesday approved in principle a guideline to reopen the country for foreign tourists and crews of foreign yachts under a special tourist visa (STV) scheme, which was recently approved by the cabinet to restart the pandemic-battered tourism industry.

Five Chinese agents arrested in US for targeting Beijing opponents

WASHINGTON: Five Chinese agents were arrested on Wednesday for their roles in an operation targeting Beijing's opponents in the United States, US officials announced.

The residential market in Rayong will improve next year, led by low-rise housing segment, while a recovery in Chon Buri is foreseeable in 2022, according to the Real Estate Information Center (REIC).