Five killed after Malaysian rams car into them
Thailand
General

Five killed after Malaysian rams car into them

Rescue workers prepare to take the injured and dead victims from the scene of a crash after a car driven by a Malaysian woman rammed into a group of workers taking a rest along a road in Songkhla's Rattaphum district on Tuesday. (Photo by Assawin Pakkawan)

SONGKHLA: Five workers taking a rest after cutting grass were killed and another one badly hurt when a car driven by a Malaysian tourist rammed into them in Rattaphum district on Tuesday afternoon.

A black Proton car with Malaysian licence plates was found plunged into a ditch when police arrived at the scene.

A police investigation found that the car, driven by a 31-year-old Malaysian woman, was travelling from Krabi on the way to Hat Yai in Songkhla when it hit something on the road. This caused the driver to lose control of the vehicle, which rammed into a group of six workers sitting along the road and plunged into the roadside ditch.

The force of the crash killed four workers on the spot and seriously hurt two others. One of the injured workers was later pronounced dead at a hospital.

Police were investigating and charges would be pressed against the driver. They have notified the Malaysian consulate attached to Songkhla about the crash.

Ms Pimthada Chansuriya, chief of Rattaphum district, inspected the scene of the crash and ordered concerned agencies to take care of the families of the dead victims and the injured worker.  She later went to the police station to follow up the police investigation.

Ngamphon Buaphud, driver of the Kamphaeng Phet highway station, said eight workers had cut grass along the road before the crash. Six of them later took a rest near at the ditch dividing the road when the car hit them. 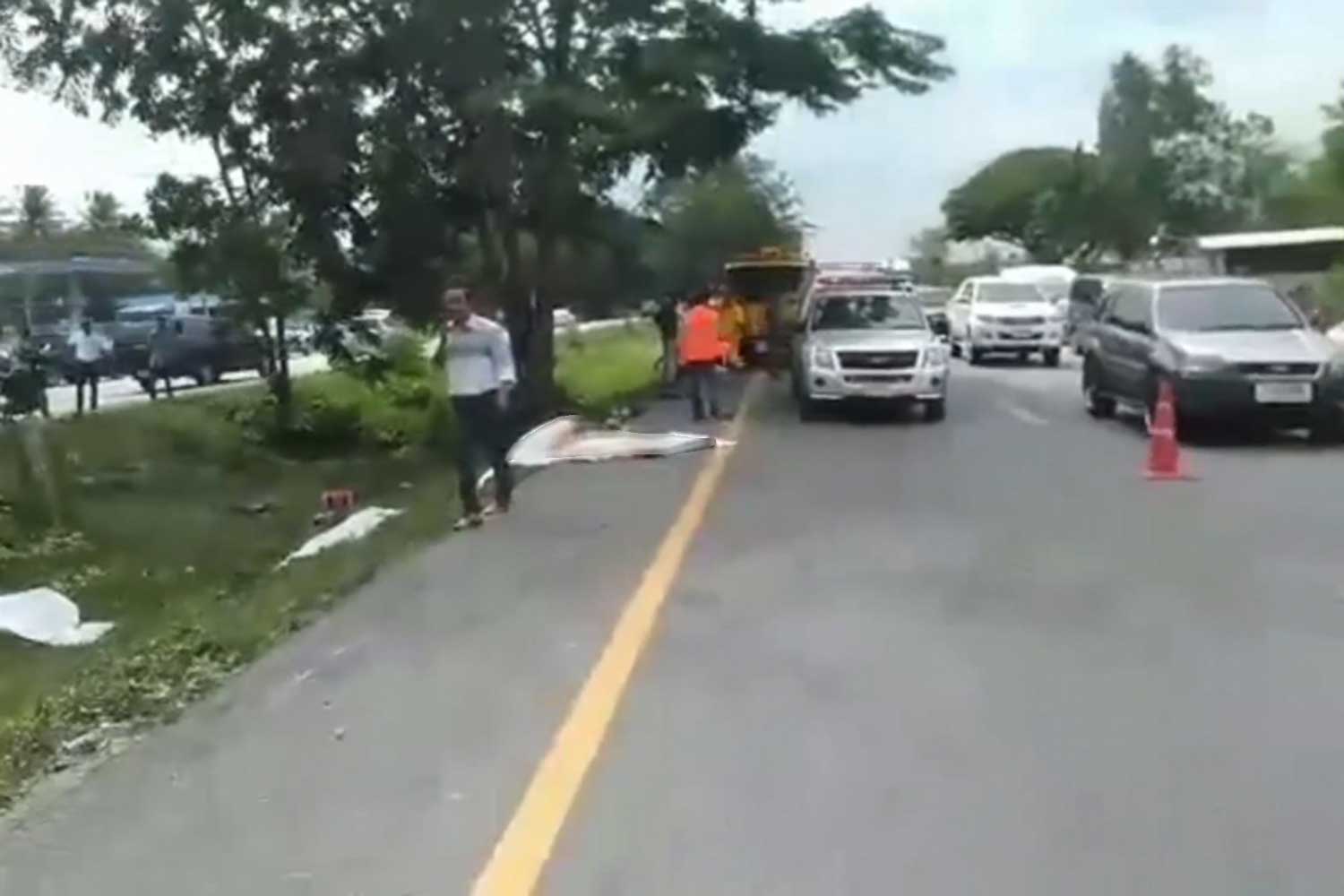 The force of the crash kills five workers and seriously injures another one in Songkhla's Rattaphum district. (Photo by Assawin Pakkawan)