The pickup truck with the body of a man missing for eight months is hauled from a pond at a resort pond in Sikhiu district, Nakhon Ratchasima, late on Thursday night. (Photo by Prasit Tangprasert)

NAKHON RATCHASIMA: The body of a municipal councillor missing for eight months has been found in a submerged pickup truck pulled from a pond in Sikhiu district after human remains floated to the surface.

Police were called to the resort in tambon Nong Namsai about 11pm on Thursday after the discovery of part of a human ankle in a sock.

Divers later searched the pond and found a submerged Toyota Vigo pickup truck with Nakhon Ratchasima licence plates, and a man's body inside the cabin.

Local residents gathered to view the spectacle as the vehicle was hauled from the water.

Chanakarn Khotsombat said the vehicle and documents inside showed that the dead man was her nephew, a councillor for Nong Nam Sai tambon municipality who had been missing since Dec 27 last year.

He had vanished after attending a New Year’s party nearby. Witnesses said he was drunk when he left in his car. Relatives had searched for several months but found no trace of him until his ankle popped up on  Thursday, the deputy police chief said.

The former councillor's body was sent to Sikhiu Hospital for a post-mortem examination. Police said they would investigate the circumstances of his death. 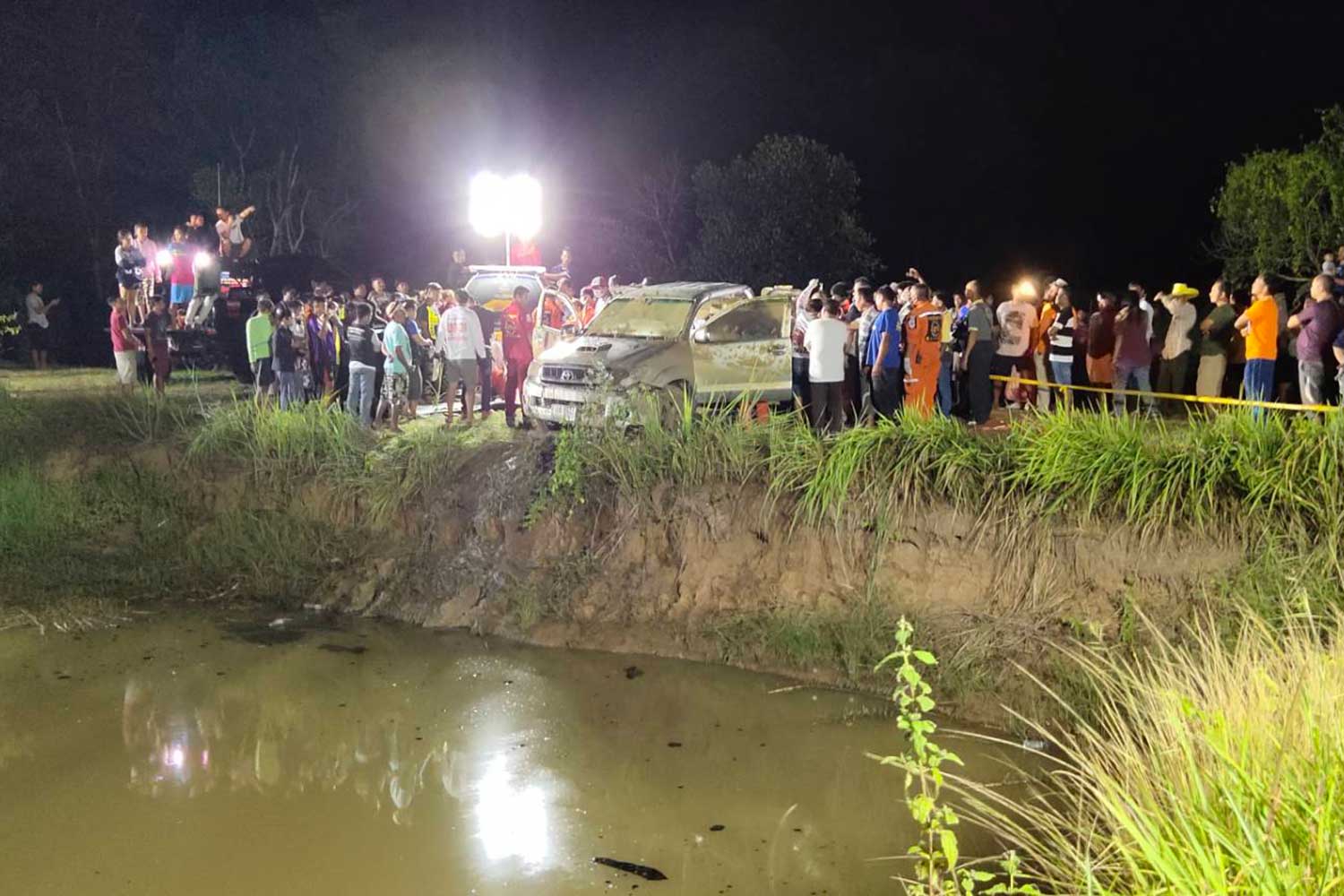 A crowd gathers around the pickup truck with the dead man's body after it was pulled from the pond, in Sikhiu on Thursday night. (Photo by Prasit Tangprasert)