So-called "power factor savers" displayed during a media briefing on Friday. The gang had been selling an average 100 of the fraudulent devices each day for two years, at 999 baht each, police said. (Photo by Apichit Jinakul)

Four members of a gang selling devices they fraudulently claimed could save users a lot of money on their power bills have been arrested following raids on premises in Bangkok and Chon Buri.

The two Vietnamese nationals and two Thais taken into custody were packing the "power factor savers" for delivery to customers when police raided two houses in Lad Krabang district, Bangkok, on Wednesday.

One of them, a Vietnamese woman, 37, admitted to being the owner of the two houses. A search found many power factor savers, documents detailing purchases, and packaging materials.

Police said the gang had sold the power savers on the “Expert Electric’’ Facebook page. They claimed the devices could reduce electricity bills. Photos claiming to be of MEA officials attending training in use of the devices were posted on the page.

A police investigation found that the four suspects had been hired by two Vietnamese gang leaders to receive purchase orders online and deliver the goods to customers. The gang had been selling them for two years, at 999 baht each.

Authorities then extended the investigation, leading to the seizure of 64 more power factor savers, 88 covers for power factor savers and other items at a house in Pan Thong district of Chon Buri on Thursday. The house was not occupied.

Police said at least 100 people had placed orders each day. They estimated 100,000 of the bogus power- bill savers had been sold over the past two years, and the gang had at least 50 million baht in circulation.

A representative from the MEA was adamant the devices could not provide savings on electricity bills as claimed. 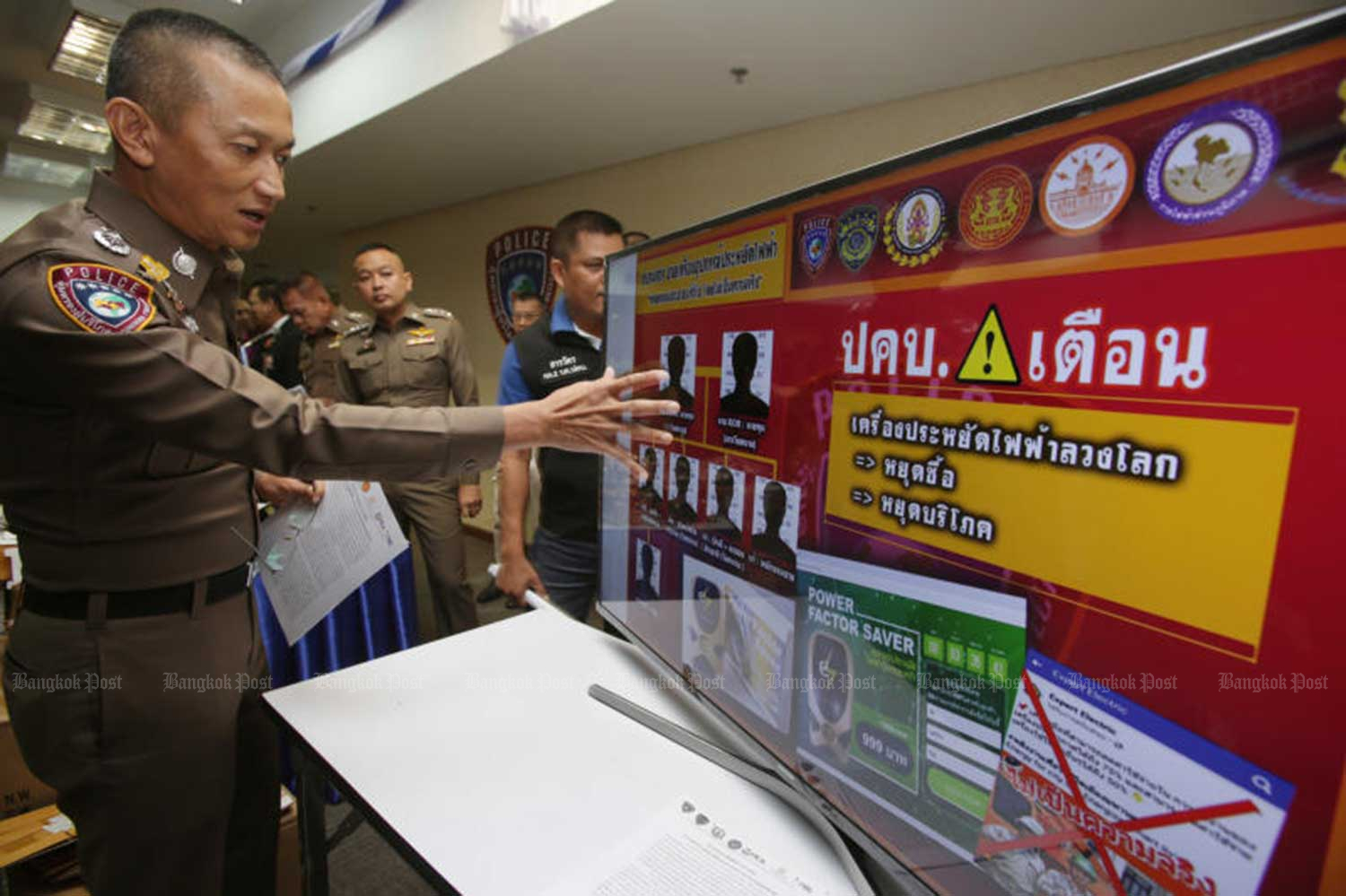 Pol Maj Gen Sithatchakhet Khruwattanaset explains a police chart featuring the arrest of four people involved in the sale of devices fraudulently claimed to save on power bills. (Photo by Apichit Jinakul)