More than 500 motorists were caught running red lights at 30 intersections in Bangkok on Sunday, the first day the so-called red-light camera system went into operation, according to police.

A total of 538 motorists jumped red lights at the busy intersections where the cameras were installed despite signs warnings motorists that they were there.

The cameras photograph all the vehicles that jump red lights, which leads to tickets being posted directly to offenders' homes.

Once a picture of an offender's vehicle and their licence plate is captured, police check the vehicle registration details with the Department of Land Transport.

After that, tickets are issued and sent through the post to the address specified on an offenders' vehicle registration form.

Of the offenders caught by the cameras between midnight and 3pm on Sunday, 269 were snapped at the Ratchadaphisek-Rama IV intersection, followed by 78 at the Asok-Phetchaburi intersection.

While violators face a fine of up to 1,000 baht, the Royal Thai Police has decided to collect only 500 baht from each offender although they are subject to a deduction of points on their licence.

If too many marks are deducted, drivers may see their licence suspended.

He noted a substantial drop in red-light offenders, from 948 on Saturday to 538 the following day when the cameras became operational.

"The equipment will only catch drivers who pass over the stop line at an intersection," Pol Maj Gen Chirasan said.

The camera is designed to capture an offender's licence plate with optimum clarity by employing a 12-megapixel high-resolution camera.

The equipment is also fitted with an infrared system, thereby enabling it to capture offenders clearly at night and also during bad weather conditions, police said. 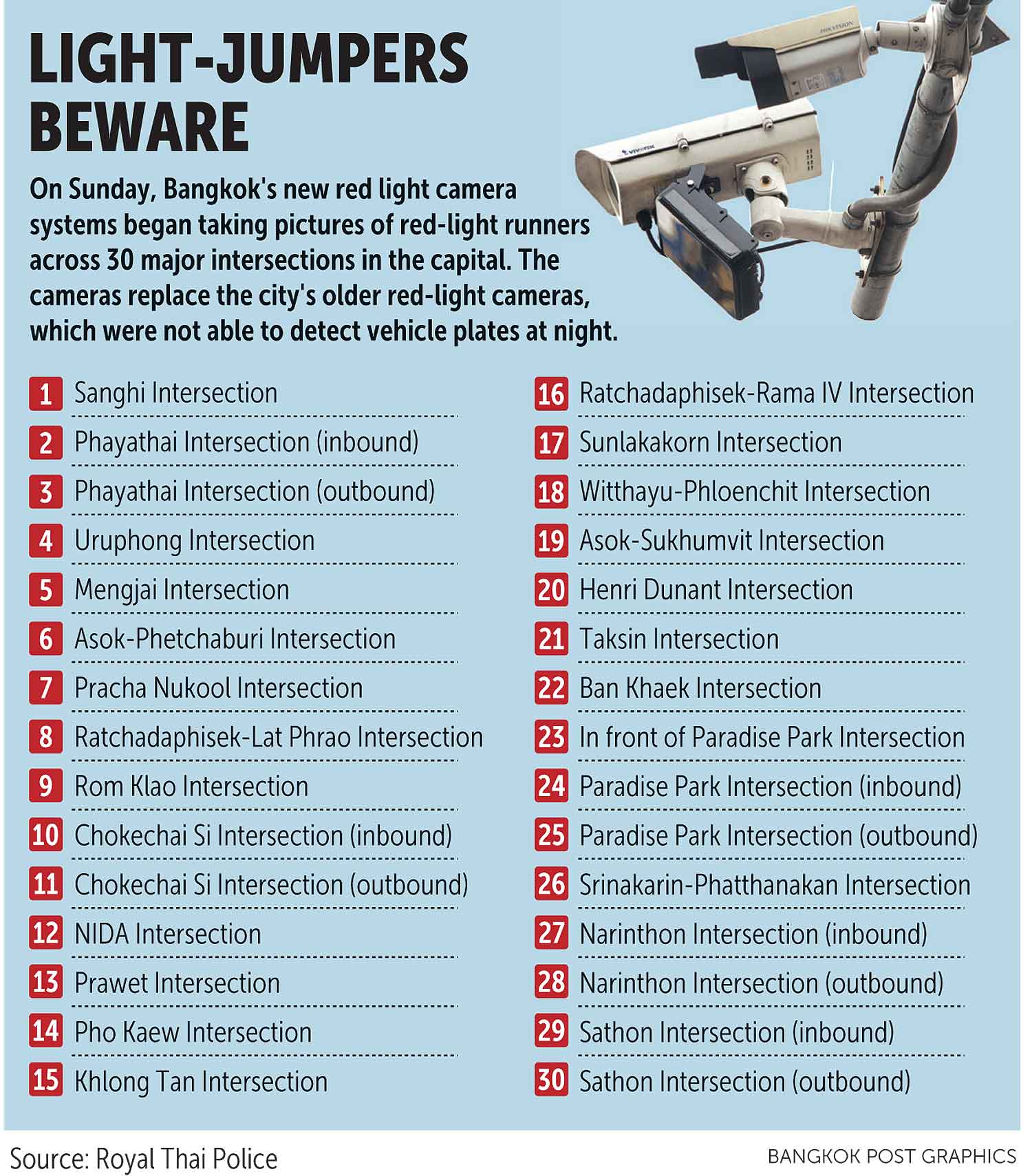