Hat Yai builder murdered while taking his daughter to school

Police inspect the scene of the murder of a 34-year-old building contractor in Hat Yai district, Songkhla, on Friday morning. (Photo by Assawin Pakkawan)

SONGKHLA: A building contractor was shot dead while taking his four-year-old daughter to school in Hat Yai on Friday morning.

Thammarat Apilimsiriul, 34, owner of Sirikul Land&House Co, a major construction firm in Hat Yai, was shot in the back. He was rushed to a hospital before police arrived, but died shortly after.

Thammarat, a qualified lawyer, was driving his motorcycle to a car park, with his daughter sitting in front of him, from his home about 200 metres away. He had planned to drive her to school in his car, Pol Col Wallop said.

As they arrived, another vehicle pulled up near Thammarat. The driver lowered his widow and fired one shot at him and sped off. Thammarat, the bike and the child fell to the ground. The girl was severely shocked, but otherwise unhurt.

Police initially focused on a dispute involving his construction business. Employees told police Thammarat had a conflict with a sub-contractor who asked for payment, but the victim refused to pay because the job was not finished.

The sub-contractor had made threatening remarks, according to the employees. The man would be called in for questioning, Pol Col Wallop said.

Thammarat's company is contracted to build a condominium in Hat Yai.

Investigators would also look into other possible motives for the killing. They believed at least two men were in the gunman's vehicle. 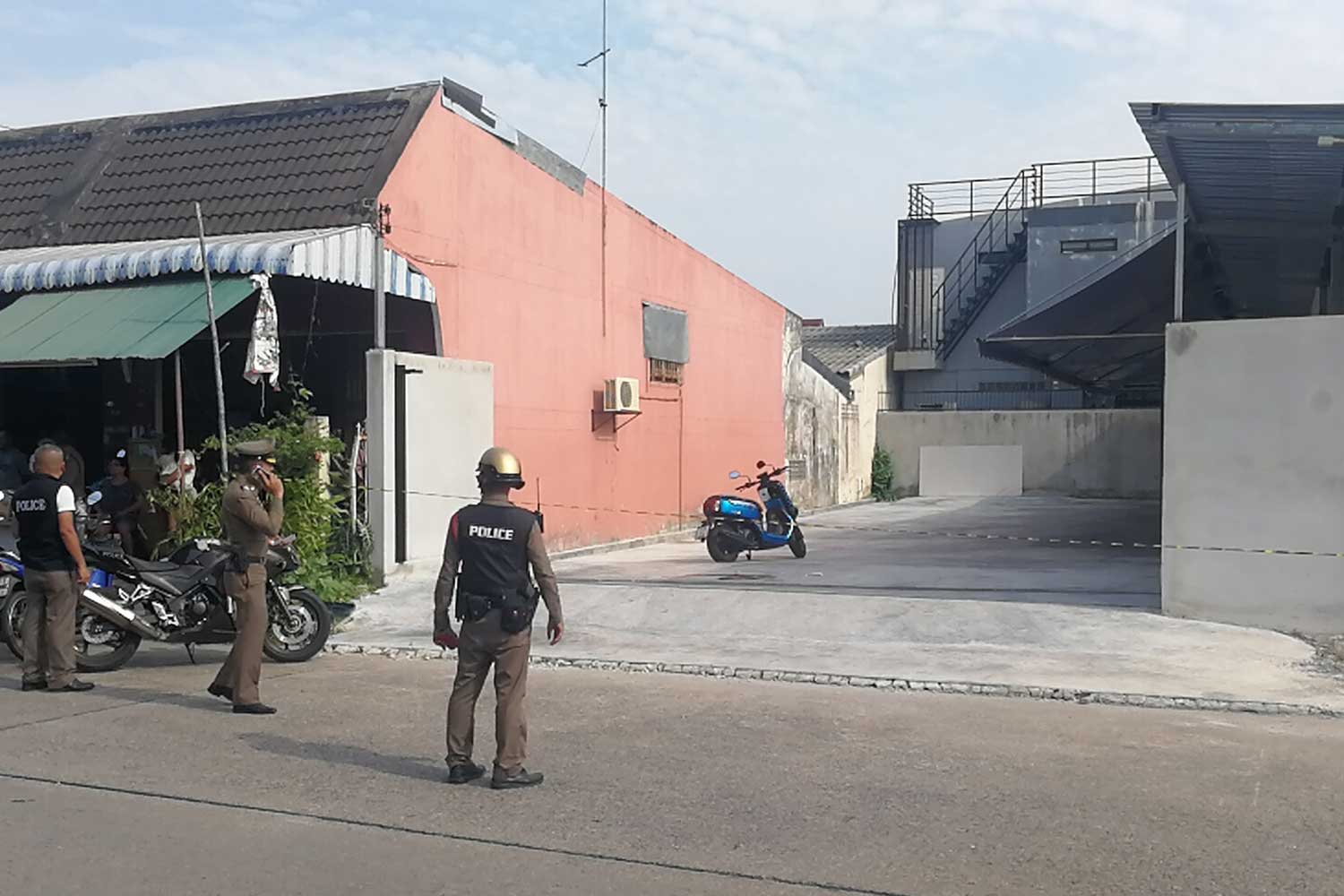