More than 20 cars are seized from three suspects preying on car owners and business operators providing car rental services in Phuket province. The suspects rented cars from victims and then sold them. (Photo by Achadtaya Chuenniran)

PHUKET: Three people preying on car owners and car rental operators have been arrested separately in Phuket and Trang. Police have so far reclaimed 23 out of 40 vehicles the gang resold or pawned.

A man and two women had been wanted on arrest warrants issued by the Phuket provincial court for colluding in theft, said police during a media conference on Friday.

The arrests were made following a complaint by nine victims on Aug 26 that a theft gang had rented cars from them and car rental operators in Phuket and then sold or pawned the vehicles in Trang, Phatthalung and Nakhon Si Thammarat provinces, said Pol Col Prawit Engchuan, Phuket police investigation chief.

Police began the investigation and found that Mr Methawee, his girlfriend Chanida and his elder sister Kamolwan were members of the gang that preyed on victims. The court later approved their arrests.

Mr Methawee and Ms Chanida were apprehended in Huai Yot district of Trang on Sept 4, while Ms Kamolwa was caught in Phuket on Sept 5.

Pol Col Prawit said the suspects had rented about 40 cars from victims and then sold the vehicles at lower prices, causing about 40 million baht in damage.

Police have so far seized 23 vehicles that had been resold or pawned by the gang. Each vehicle was worth about 1 million baht.

The police investigation chief said the gang had targeted rental cars in tourist provinces. They later sold or pawned the vehicles and used the money to pay rental fees to owners or car rental operators on time in a bid to gain trust. The rental car operators then leased more cars to the gang. 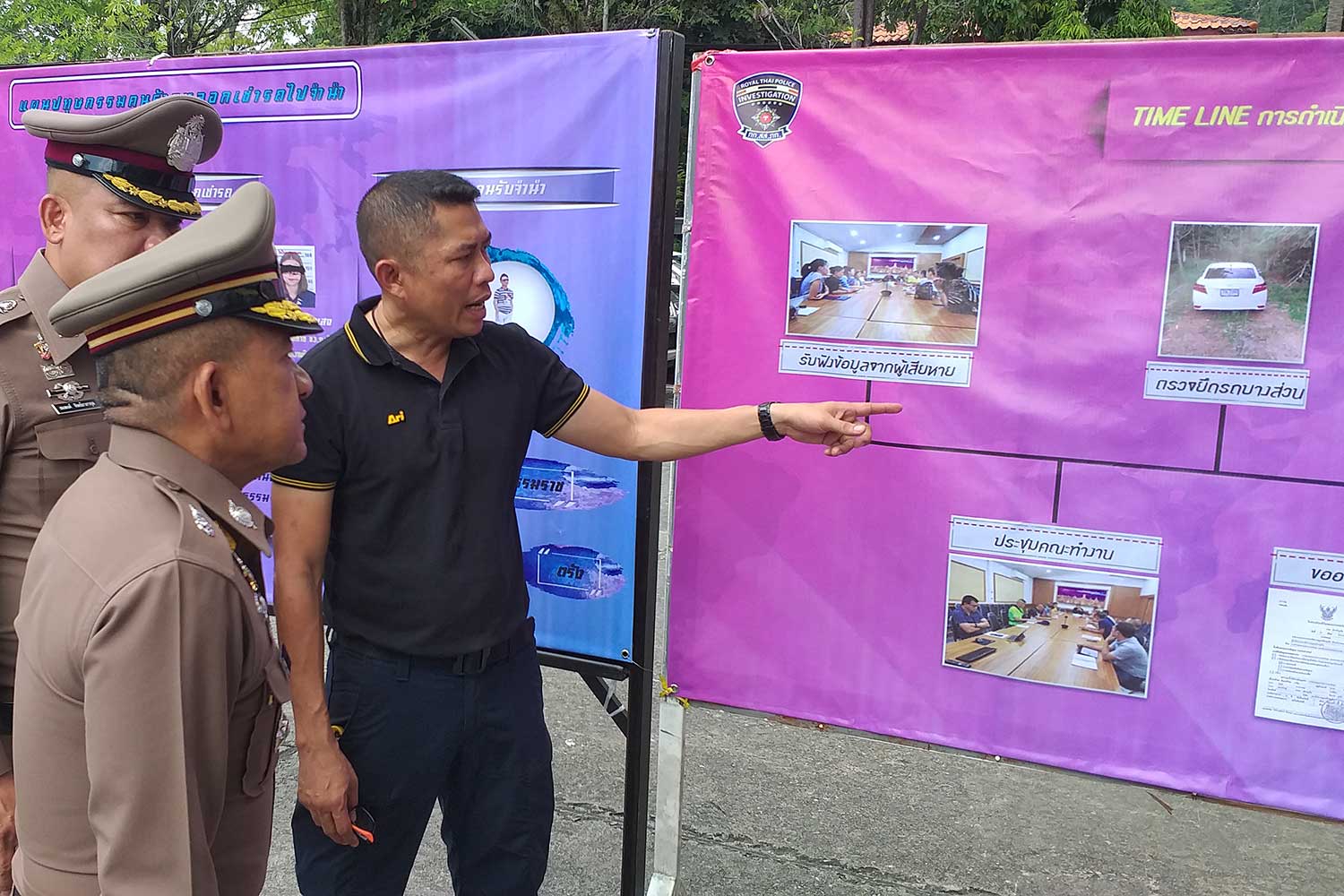 A total of 23 out of 40 cars taken by a theft gang targeting car owners and car rental operators are seized. (Photo by Achadtaya Chuenniran)