Thousands of fake US$100 bills seized in sting
Thailand
General

Thousands of fake US$100 bills seized in sting

Counterfeit US$100 banknotes are seized at a house in Muang district, Chiang Rai, and the 54-year-old house owner arrested, by border patrol police on Sept 5. (Photo taken from the 32nd Border Patrol Police Division Facebook page)

Counterfeiting operation busted, thousands of fake US$100 banknotes seized and a woman arrested after a police undercover sting in Chiang Rai.

Masaras Nitisakyothin was taken into custody by officers of the 32nd Border Patrol Police Division after they searched her house in tambon Rim Kok on Thursday.

They found two metal boxes containing counterfeit US$100 notes on the second floor of the house.

The team also found many black notes the same size as the $100 bills. The black notes were believed awaiting washing with chemicals, part of the counterfeiting process.

The raid came after border patrol police learned that counterfeit US dollar notes had been sold in tambon Rim Kok.

Pol Col Wachira Phayanoi, superintendent of the 32nd division, posed as a buyer of counterfeit currency, contacting the owner of the target house in the community, Thai media reported.

Ms Masaras, the owner of the house, arranged to meet the "potential buyer" at a nearby petrol station. During their conversation there he gained her trust. She took him to her house and allegedly showed him counterfeit US dollar banknotes and chemicals being used to turn the black notes into counterfeit bills.

Pol Col Wachira covertly ordered a border patrol team to obtain a court warrant to search her house. He then revealed he was a police officer.

Ms Masaras was charged initially with possessing counterfeit foreign banknotes with intent to use and taken to Muang police station for legal action. 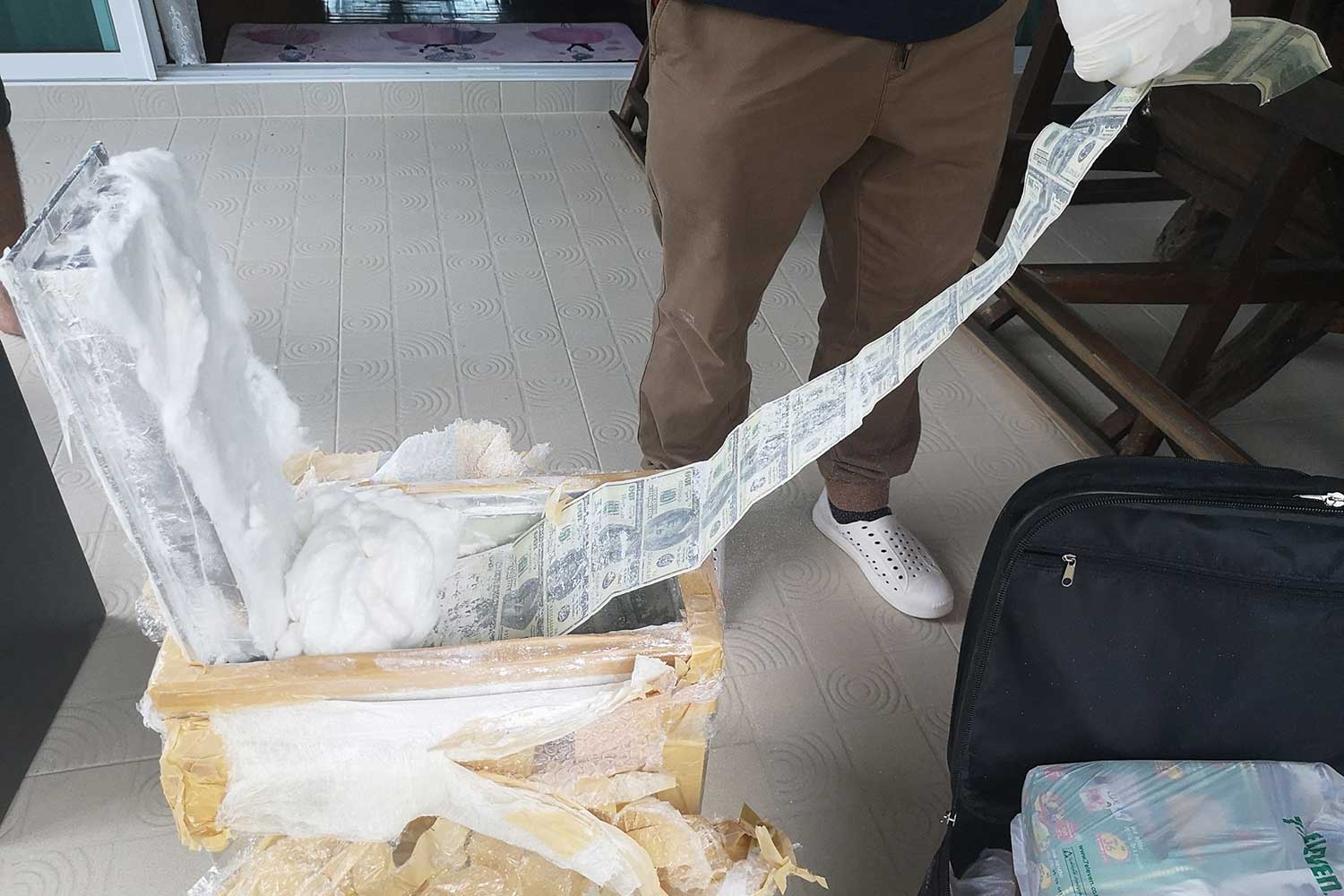 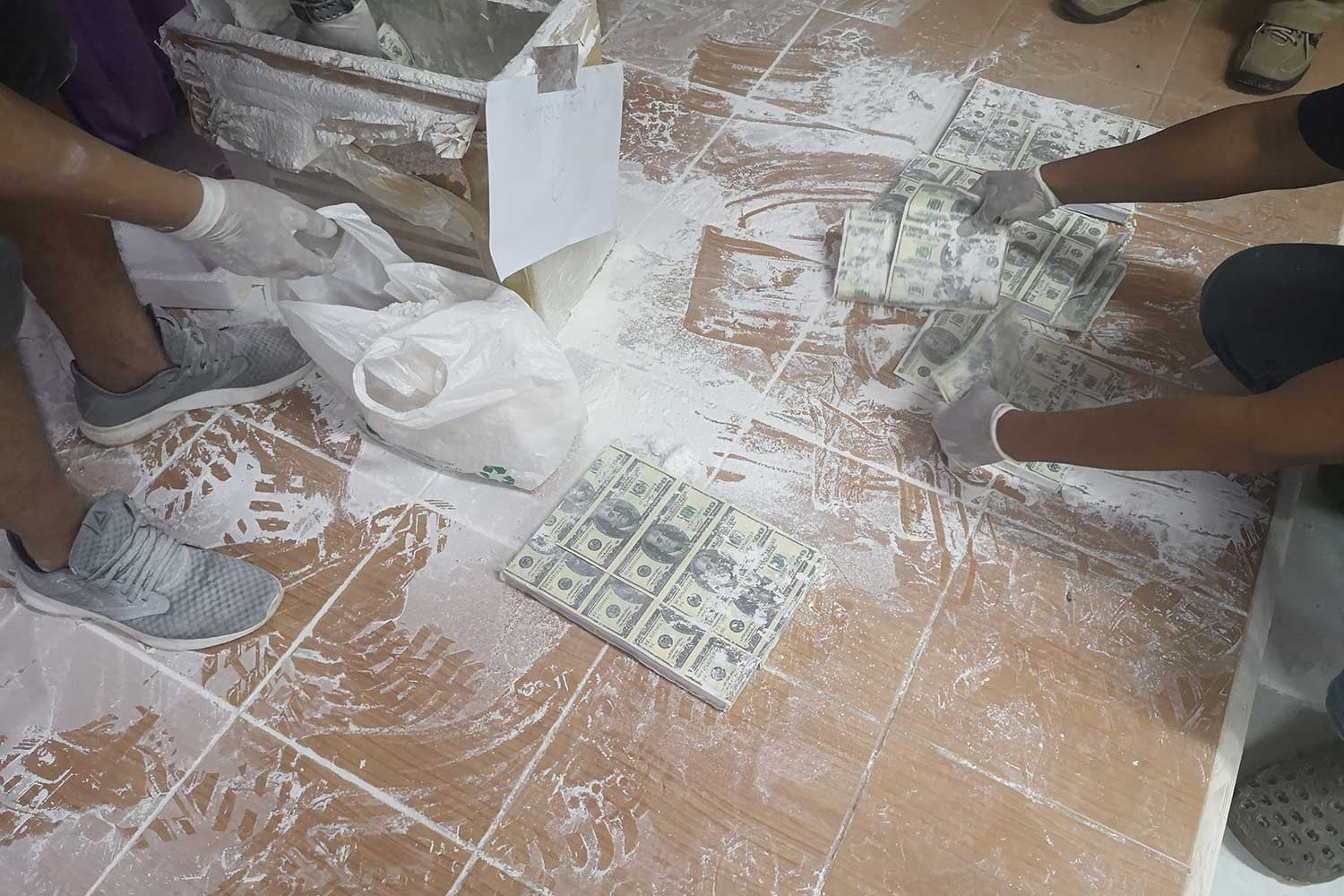 Below: Border patrol police with the suspect at her house in Chiang Rai on Thursday. (Photo taken from 32nd Border Patrol Police Division Facebook page)