Rangers of Dong Yai Wildlife Reserve with the body of an Asian black bear, by a stream in Pa Kham district in Buri Ram province, on Tuesday. (Photo by Surachai Piraksa)

BURI RAM: An Asian black bear was found dead on Tuesday, four days after it emerged from a wildlife reserve and attacked a man.

They believed it was the same animal that injured Sukhum Hoisang on Friday.

The man was attacked by a bear at Moo 13 village. He escaped with a mauled arm and broken bone in his left hand.

Park rangers, officials and defence village volunteers were hunting for the bear, planning to force it back into the forest for the safety of local residents, when they found it dead.

Dong Yai Wildlife Reserve chief Somsuan Raksat said the young bear might have become separated from its mother and lost its way, wandering into the village. Instinct may then have driven it to attack the villager, the official added.

Phannarai Wongwattanakit, a veterinarian from the Region 7 Protected Areas Office, examined the dead bear and found no traces of injury. An autopsy found lasia spinosa, an aquatic plant, in the stomach. The vet believed that was the cause of its death.

Cyanogenic glycoside in the plant might have affected the animal's ability to  breathe, reducing the level of oxygen in its body, she said.

Lasia spinosa, or phak nam,  is often harvested and eaten as a vegetable, but must be cooked first.  It also has medicinal uses. 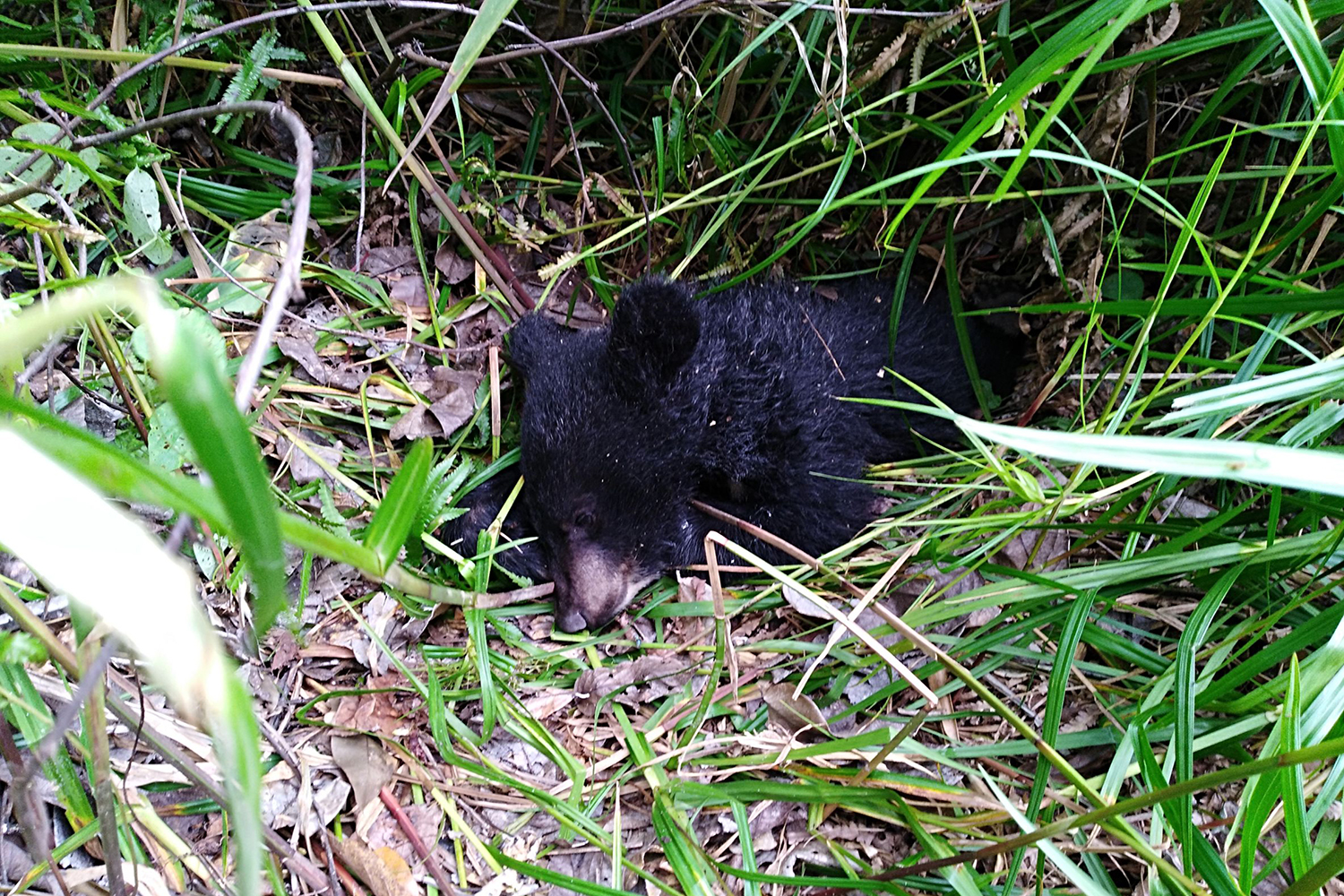 A one-year-old female Asian black bear was found dead by a stream. (Photo by Surachai Piraksa)