'Large stick' on road wraps itself around car's wheel

The dead python lodged behind the hub spokes of the car's front wheel in Pattaya early on Friday morning. (Photos by Chaiyot Pupattanapong)

PATTAYA: A motorist who thought he drove over a big stick on a dark road was later shocked to find a large python tangled up in his front wheel.

Surasit Suwathana, 38, said he was driving along a local road near Soi Wat Boon Sampan 17 in tambon Nong Prue about 2.30am on Friday.

He saw what looked like a large wooden stick lying cross the road. He was afraid to stop and clear it out of the way because it was late at night and the road was dark and lonely.

So he decided to drive over it, and there was a big bump and the car shook as he did so.

Later he heard loud noises coming from the front of the car and had to stop and see what was the problem.

On investigating, he was stunned by the sight of a python lodged tightly behind the hub spokes of the right front wheel.

He called rescue workers for help. They decided the snake was dead, removed the wheel and pulled it out. The python was more than two metres long.

Passers-by who stopped to look quickly took photos of the car's licence plate, in the hope the numbers would win a lottery prize. 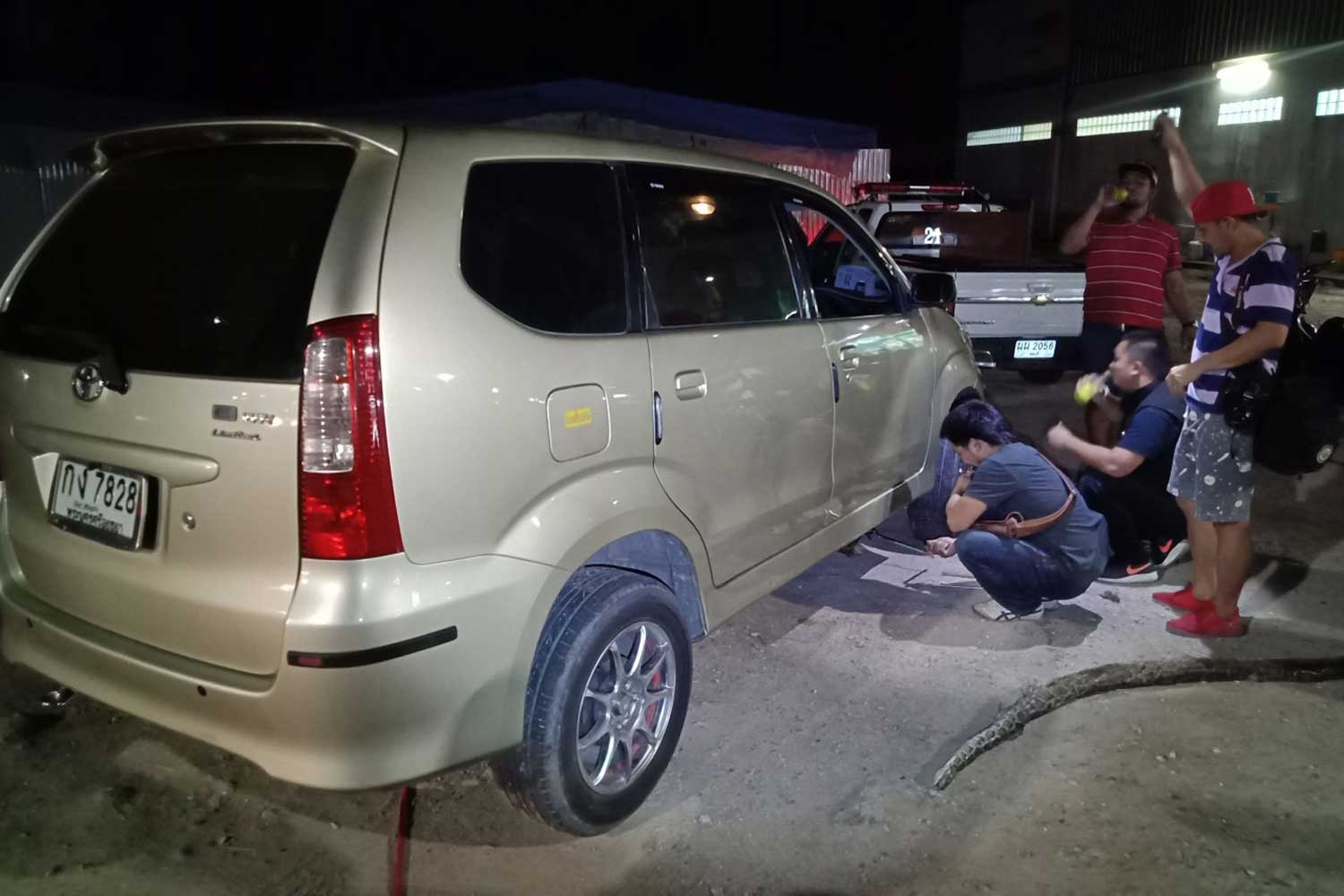 No new Covid cases, no deaths