Officials round up patrons, many of them underage, during a raid on Club64 Pub & Restaurant in Sukhothai early Saturday. (Photo from the Facebook page of the Department of Provincial Administration’s investigation and suppression office)

SUKHOTHAI: Five senior officers from the Muang district police station have been transferred following a raid on a pub where 154 patrons were under the legal drinking age of 20.

The five officers, including the station superintendent, deputy superintendents, crime suppression and investigation chiefs, were moved to the Sukhothai police operations centre.

The transfers came after a task force from the Department of Provincial Administration raided Club64 Pub & Restaurant on Soi Pracha Ruamjai early Saturday.

More than 200 people were found inside, most of them dancing, when  officers entered at 12.30am, according to a posting on the Facebook page of the department’s investigation and suppression office.

Many patrons tried to flee via two back doors but they were subsequently caught.

The task force also found two small packs of ketamine and some speed pills scattered over the floor.

Mongkhol Panthong, 22, caretaker of the pub, was detained and charged with colluding in operating without permission, selling alcoholic drinks to people aged below 20, and related offences.

Ronnarong Thipsiri, director of the department’s investigation and suppression office, said the department would keep cracking down on nightspots operating illegally. Operators should show social responsibility by not allowing underage patrons to enter, he said.

The department will propose that the Sukhothai governor close the pub for five years. More than 250 customers, mostly teenagers, were inside Club64 in Sukhothai when it was raided early Saturday. (Photo from the Facebook page of the Department of Provincial Administration’s investigation and suppression office) 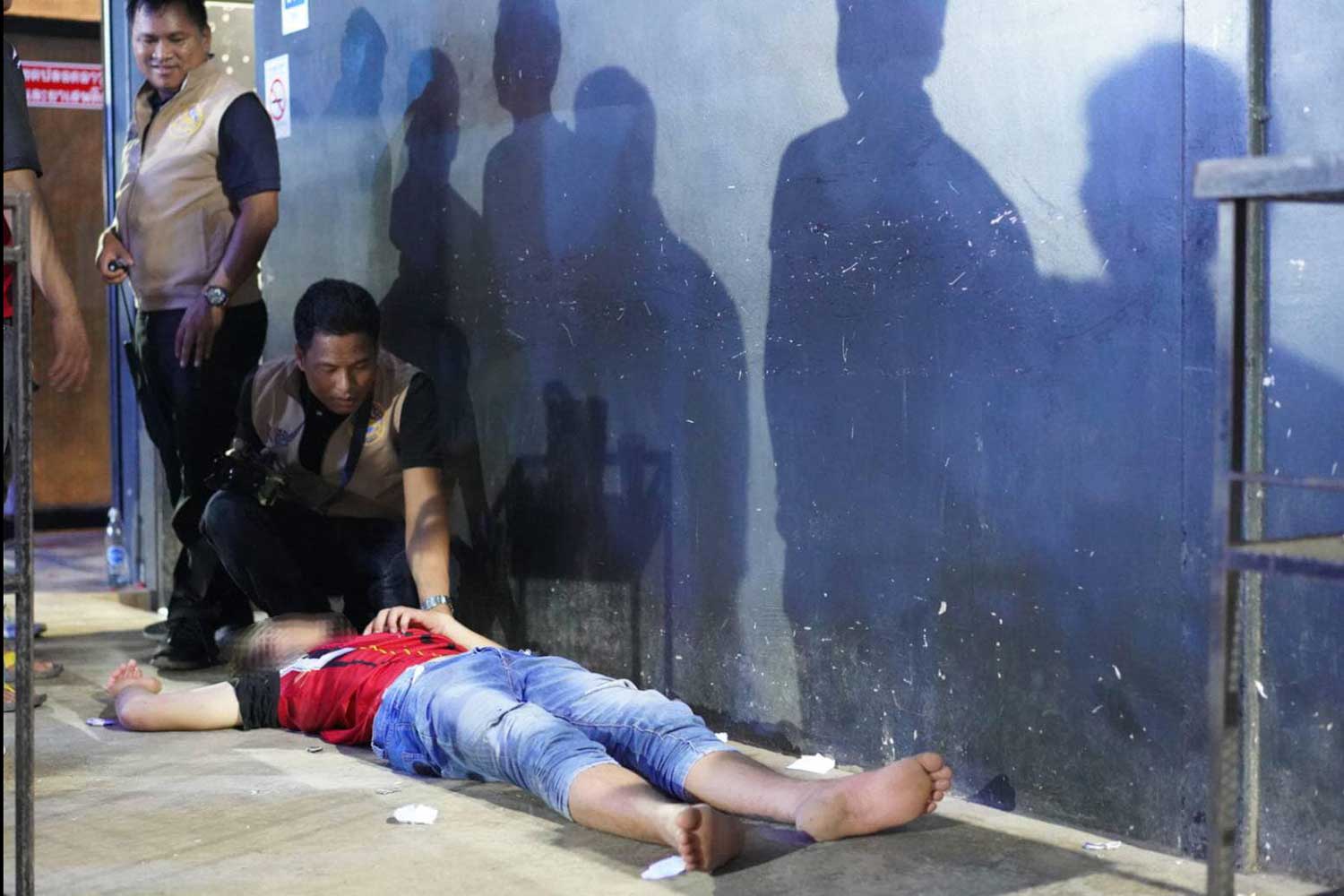 An officer checks the condition of a teenager lying on the floor of the pub. (Photo from the Facebook page of the Department of Provincial Administration’s investigation and suppression office)