'No proof' in jailing of engineer in Laos
Thailand
General

'No proof' in jailing of engineer in Laos

Lawyers are calling for the immediate release of a Thai engineer who has been detained in a Lao detention centre for over 10 months after being accused of causing about 1.7 million baht in damages to a Lao company's business.

Kittidet Latthi, 48, was arrested and detained last October in Vientiane.

His lawyers say the statutory period of his detention has now expired.

Peerapat Thongteerasakul, a lawyer for Mr Kittidet, said Lao police have been unable to provide the engineer's legal team with clear evidence to substantiate the charge that his client had acted illegally as accused.

"The investigation into Mr Kittidet's case has taken over 10 months, but they [the Lao police] can't provide evidence to confirm Mr Kittidet did anything illegal. He should be released as quickly as possible," said Mr Peerapat.

He added that he had appointed a Lao lawyer to act on his behalf in defending Mr Kittidet and provide him with legal advice.

This means his client should have been freed or granted bail if the authorities did not want to conduct a further investigation into the matter, he said.

Mr Kittidet should have the right to a fair trial in Laos' justice system, he added. 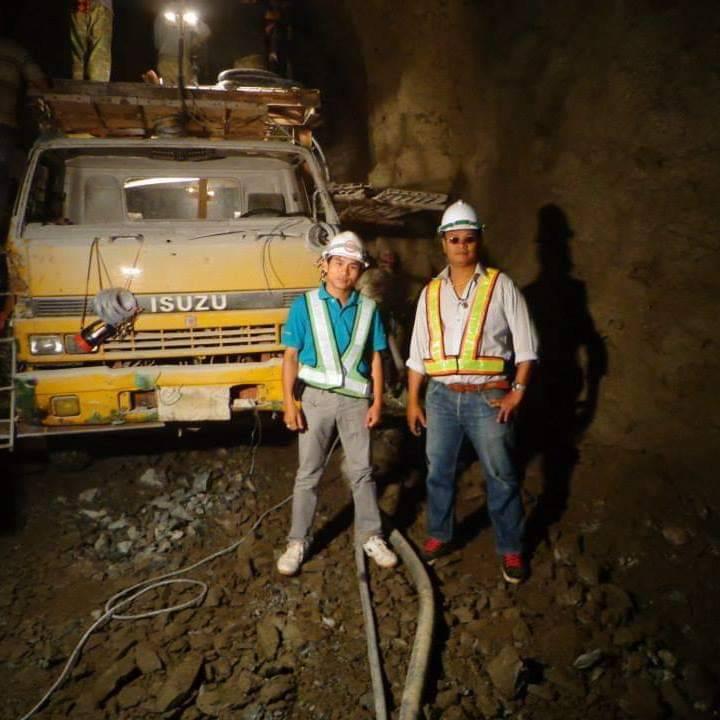 "The Lao laws should apply equally to all nationals, and he should be able to bring his dispute before a court.

"He should not be detained illegally to compensate for damages that have not been proven," Mr Peerapat said.

"Over the past months, the Lao lawyer has submitted letters to both Lao police and prosecutors, calling for justice and fair treatment of Mr Kittidet. We have also asked them how much progress has been made in the investigation.

"The Lao police told us they had forwarded the case to prosecutors for consideration, but all we know is that there is still no clear evidence or witnesses to substantiate the charge against Mr Kittidet," he said.

"The damages to the business he was accused of harming were also not specified in the police case report that was sent to prosecutors."

Mr Peerapat added the prosecutors informed the Lao lawyer that Mr Kittidet is a foreigner, and the company he worked for issued a letter to them, that he has caused 1.7 million baht in damages to the company's business.

They decided not to release him on these grounds.

If he fled, they would have to take responsibility.

He said the Lao lawyer repeatedly asked prosecutors to provide him with the evidence and witnesses that would specifically support the allegations made against his client.

He went on to say that his Lao representative has also sought bail for his client, but has not received a response on that request either.

Mr Kittidet was hired by the Lao company to work as an engineer in 2013.

He was arrested on Oct 20 last year at a Lao immigration checkpoint in Vientiane while travelling back to Thailand. He is now being detained at Phon Tong detention centre in Vientiane.

His wife, Khwanta, 47, a native of Buri Ram's Nang Rong district, has been travelling between Laos and Thailand to visit her husband at the centre throughout his 10-month detention.

"I still don't know why my husband is being detained. What is the particular offence that he committed? We miss him so much and we worry about his safety," Ms Khwanta told the Bangkok Post.

She said she has spent several million baht on lawyers' fees and travel between the two countries.

"How much more money will we have to spend in the future? My husband is the main earner in the household.

"If the case remains unsolved and he is not released shortly, my family will be in trouble," Ms Khwanta said.

Throughout the ordeal, she and her legal team have sought help from state organisations including the Royal Thai Embassy in Laos, the Ministry of Foreign Affairs, the Prime Minister's Office, the Office of the Ombudsman and the Office of the Attorney-General.

It is unclear what actions they have taken, but the family appears to be getting little help.

Last month, they sent another letter to request the assistance of the United Nations High Commissioner for Human Rights in Thailand to help Mr Kittidet.

They asked the commissioner to address Mr Kittidet's unfair detention and help facilitate his urgent release from the Lao detention centre, and help him undergo a fair justice process.

"I also want to ask the Thai agencies: Why are they not giving a helping hand to Mr Kittidet after learning of his plight?" said Mr Peerapat.

HANOI: Vietnam will slash the duration of mandatory quarantine for foreign visitors from two weeks to just seven days, the Health Ministry said on Wednesday, as the Southeast Asian country battles its biggest Covid-19 outbreak yet.

Delta variant dominant, no Lambda yet