No signs of struggle but drug paraphernalia and liquid being tested

Investigators question neighbours near the Koh Samui house where a Russian man and one of his three pit bulls were found dead.

SURAT THANI: A 51-year-old Russian man and one of his three pit bulls have been found dead inside a house on Koh Samui.

The man, whose name was withheld pending notification of relatives, was lying dead on a bed in a bedroom on the first floor of the two-storey, six-bedroom house when police arrived on Friday night.

Wearing only short pants, the Russian national had a blanket covering his body. A dead pit pull was found near a cage inside the room. Police believe they might have been dead for as long as seven days.

Police and forensic officers who conducted further investigations on Saturday found no traces of a struggle, but found drug paraphernalia, a coffee cup and a glass containing brown liquid. The items were collected for further examination.

Two other pit pulls were barking outside the house, which sits on a 300-square-wah plot of land.

Neighbours told police that the man had lived alone in the house for about 10 years. He got along well with other people and loved animals. He had three pit bulls and one cat.

They said they alerted police after noticing a foul smell coming from the house.

The neigbhours, whose names were not given, said they only learned the man was dead when police came to investigate on Friday night.

The neighbours said they did not know whether the man had taken his own life, adding they had never heard him complaining of stress or anything else.

Pol Col Supit Chorpaka, deputy investigation chief at the Koh Samui station, said the man’s body would be sent to forensic experts for a post-mortem exanimation. The carcass of the dog would be examined by livestock officials.

Investigators plan to call a gardener who worked for the Russian man for questioning on Sunday. 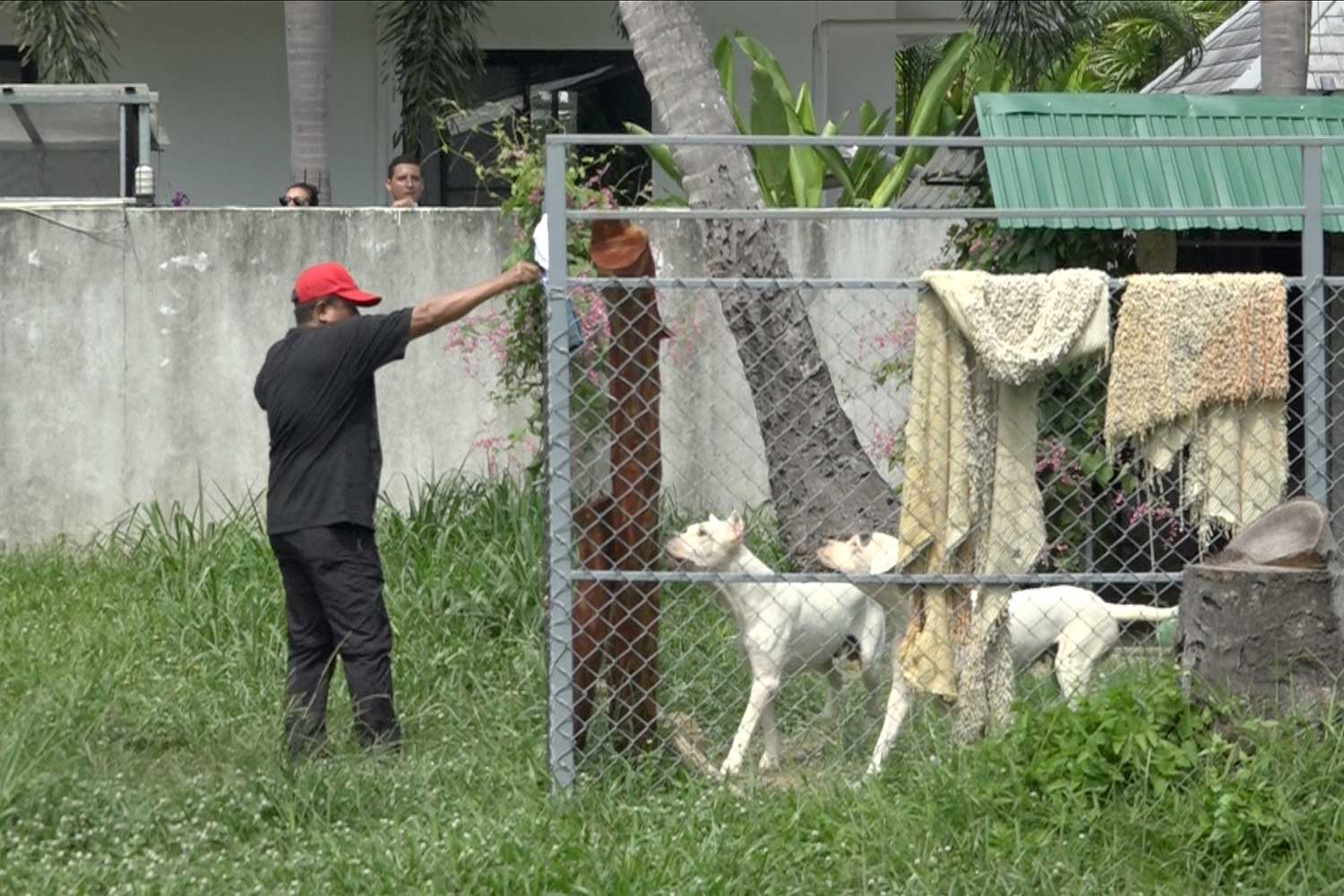 Two pit bulls look out from their enclosure on the property where a Russian man was found dead on Koh Samui. A third dog was also found dead inside the house. (Photo by Supapong Chaolan)

Indonesia imposes tariffs on some textile imports until 2022

JAKARTA: Indonesia has imposed tariffs on imports of some textile products for the period until November 2022, according to a Finance Ministry regulation, in a bid to protect local producers from a surge of imports of fabrics, curtains and yarn.