The damaged kitchen roof at the Pattaya bar after a Russian tourist fell through it early on Thursday morning. (Photo by Chaiyot Pupattanapong)

PATTAYA: The owner of a Nong Prue bar thought one of her cakes had exploded in the oven, but the noise was a Russian man falling through the kitchen roof early on Thursday morning.

A bruised and shaken Roman Shitov, 30, gave confusing statements when police asked him where he stayed and what happened.

He dropped in unexpectedly shortly after midnight at the Helter Skelter Bar in Bang Lamung district.

Bar owner Ketsaraporn Thaisaentha, 31, told police that she heard a loud noise in the kitchen, and  thought one of her cakes had exploded in the oven.

Instead, she was shocked to find a foreign man on the floor and a hole in the kitchen annex roof.

Mr Shtov agreed to pay compensation for the damage caused to the roof. However, he refused to say how he came to fall through it. 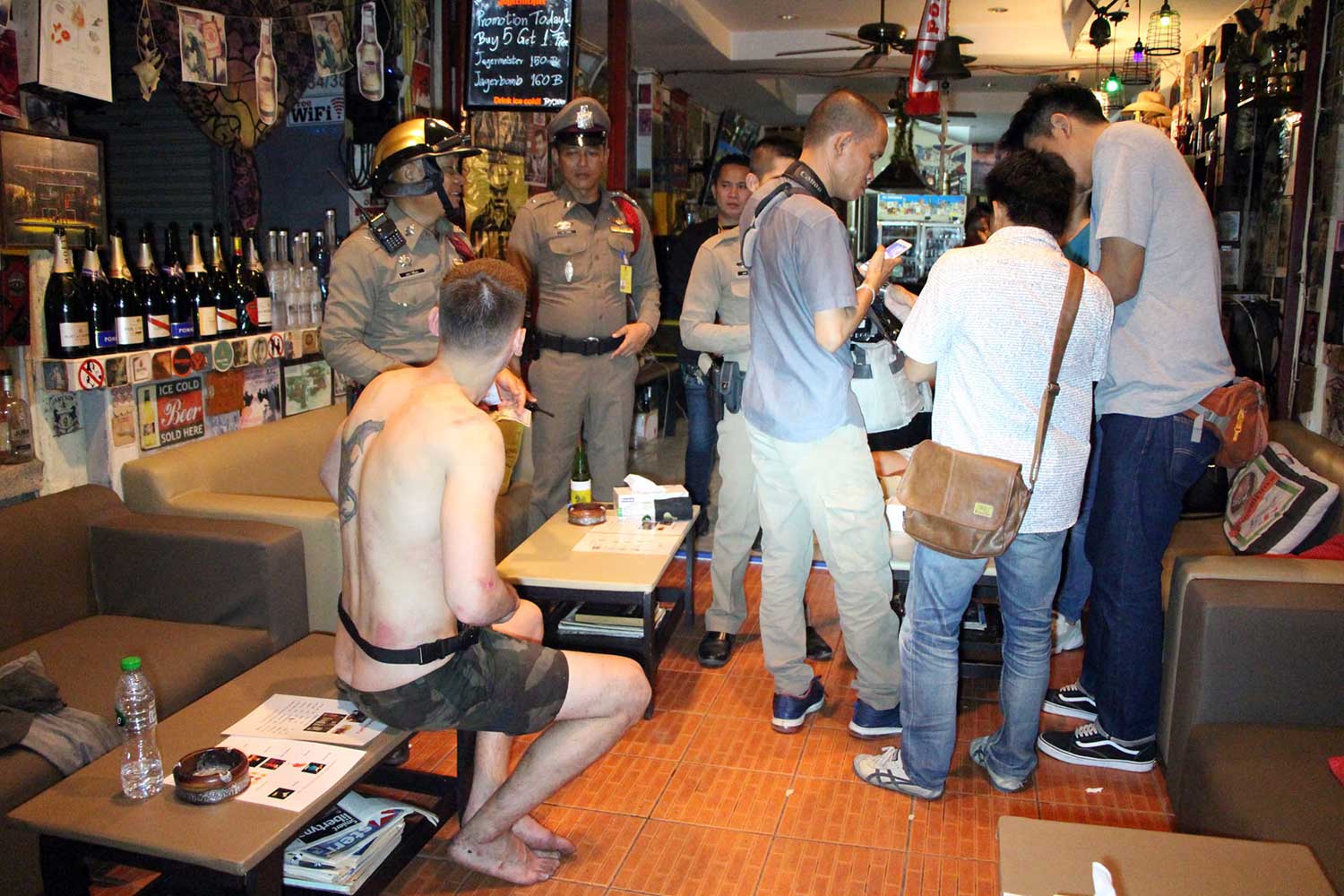 The 30-year-old shirtless Russian refused to tell police how he came to fall through the roof of a bar in Pattaya, Chon Buri, early on Thursday - but he did agree to pay for the damage. (Photo by Chaiyot Pupattanapong)

Scientists have discovered another clue to the origins of the virus that causes Covid-19, with bats living in caves in Laos found to be carrying a similar pathogen that experts suggest could potentially infect humans directly.

Allegations of torture and other human rights abuses at a drug rehabilitation centre housing hundreds of paying "addicts" at a temple in Kanchanaburi.