A fuel tanker carrying ethanol goes up in flames after it overturns in Wang Noi district of Ayutthaya on Friday morning. The driver scrambled to safety with only minor injuries. (Supplied photo via Sunthorn Pongpao)

AYUTTHAYA: A fuel tanker overturned and went up in flames on Bangkok-bound Phahol Yothin Road in Wang Noi district on Friday morning. The driver escaped with minor injuries.

The 22-wheeler, carrying 42,000 litres of ethanol, overturned near kilometre maker 76 on Phahol Yothin Road in tambon Sanab Thueb. The tank then caught fire, Wang Noi police said. The accident happened around 9am.

The driver, Viroj Kaewkate, 47, told police he was taking a load of 42,000 litres ofethanol from Kalasin to an oil refinery in Sri Racha district of Chon Buri province.

Shortly before the accident he noticed the front left wheel had developed a problem. He could not control it with the steering wheel and lost control of the vehicle, which then overturned. As the tanker went up in flames he hurredly scrambled from the cab.

Fire crews took more than one hour to bring the blaze under control. The driver had minor injuries but no one else was hurt.

Police took the tanker driver in for questioning and said charges would probably be pressed against him. 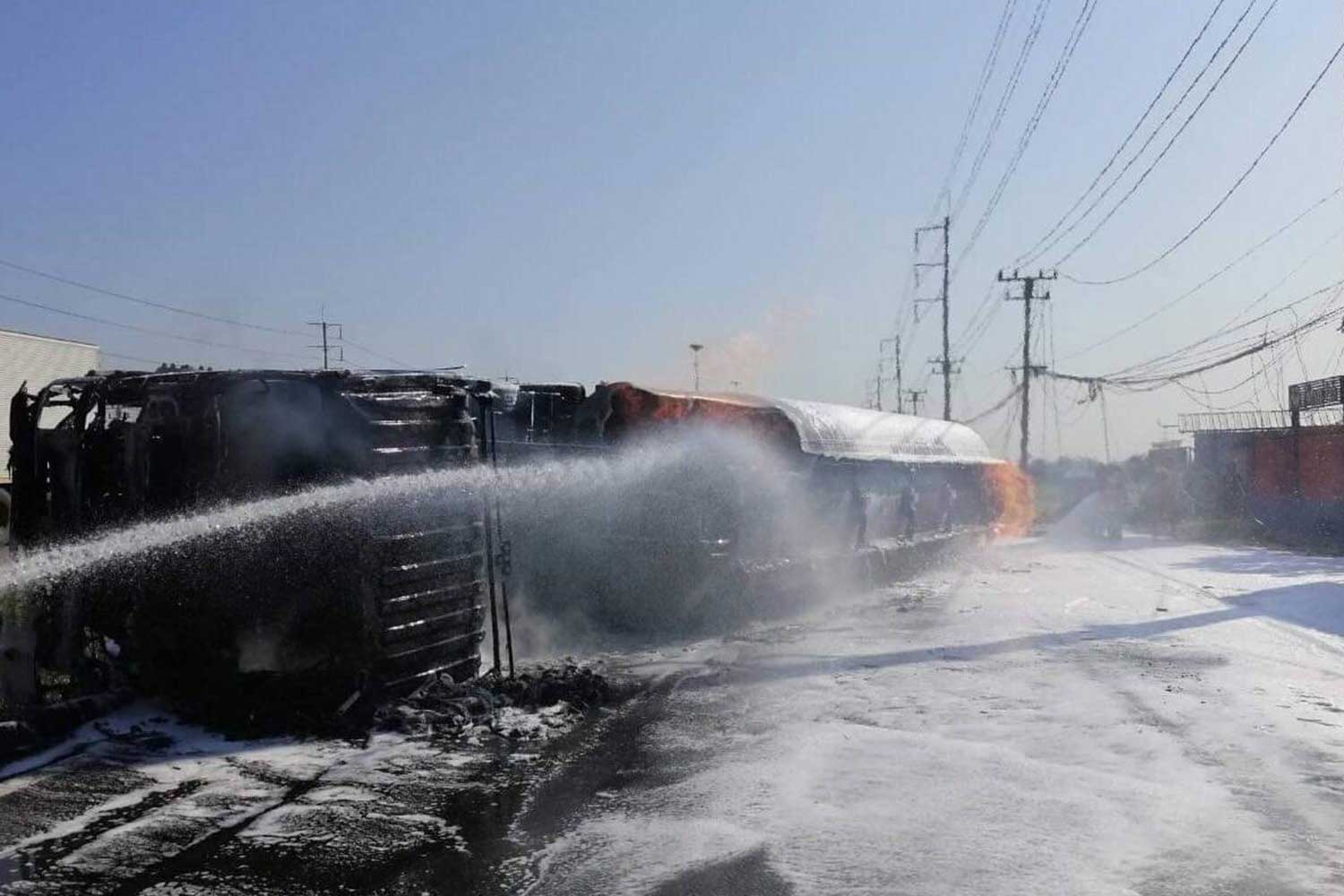 Firemen took more than an hour to put out the flames after an ethanol tanker overturned in Ayutthaya's Wang Noi district. (Supplied photo via Sunthorn Pongpao)