The bodies of six elephants are seen at the base of Haew Narok waterfall in Khao Yai National Park on Saturday. (Supplied photo)

A team of park officials who were pushing elephants back into the forest from Highway 3077 in Prachin Buri heard loud elephant calls coming from Samor Poon creek near the waterfall at around 3am on Saturday.

At around 6am, they went to check and found an elephant calf, aged around 3 years, drowned on the first tier of the waterfall. Two elephants were spotted trying to help the calf. They looked exhausted.

The officials went down to the area below the waterfall and found five more elephants drowned, said Khanchit Srinoppawan, chief of the national park.

The waterfall has been closed to the public following the incident.

Mr Khanchit said more park officials and rescue workers were deployed and ropes were used to help the two other struggling elephants at the waterfall. They were safely rescued at 2.30pm on Saturday, the Khao Yai Gaur conservation group said on its Facebook page.

The animals were taken from the cliff near the falls, added Witthaya Hongwiangchan, director of the Protected Area Region 1 Office of the Department of National Park, Wildlife and Plant Conservation.

Pineapples, bananas and sugarcane with nutrient injections were given to the animals, Thai media reported.

Natural Resources and Environment Minister Varawut Silpa-archa said on Saturday that efforts were being made to save the two elephants.

Haew Narok is the largest and one of the most beautiful waterfalls inside Khao Yai National Park. Before the Prachin Buri-Khao Yai Road was built, visitors had to travel at least six hours on foot to reach the waterfall. 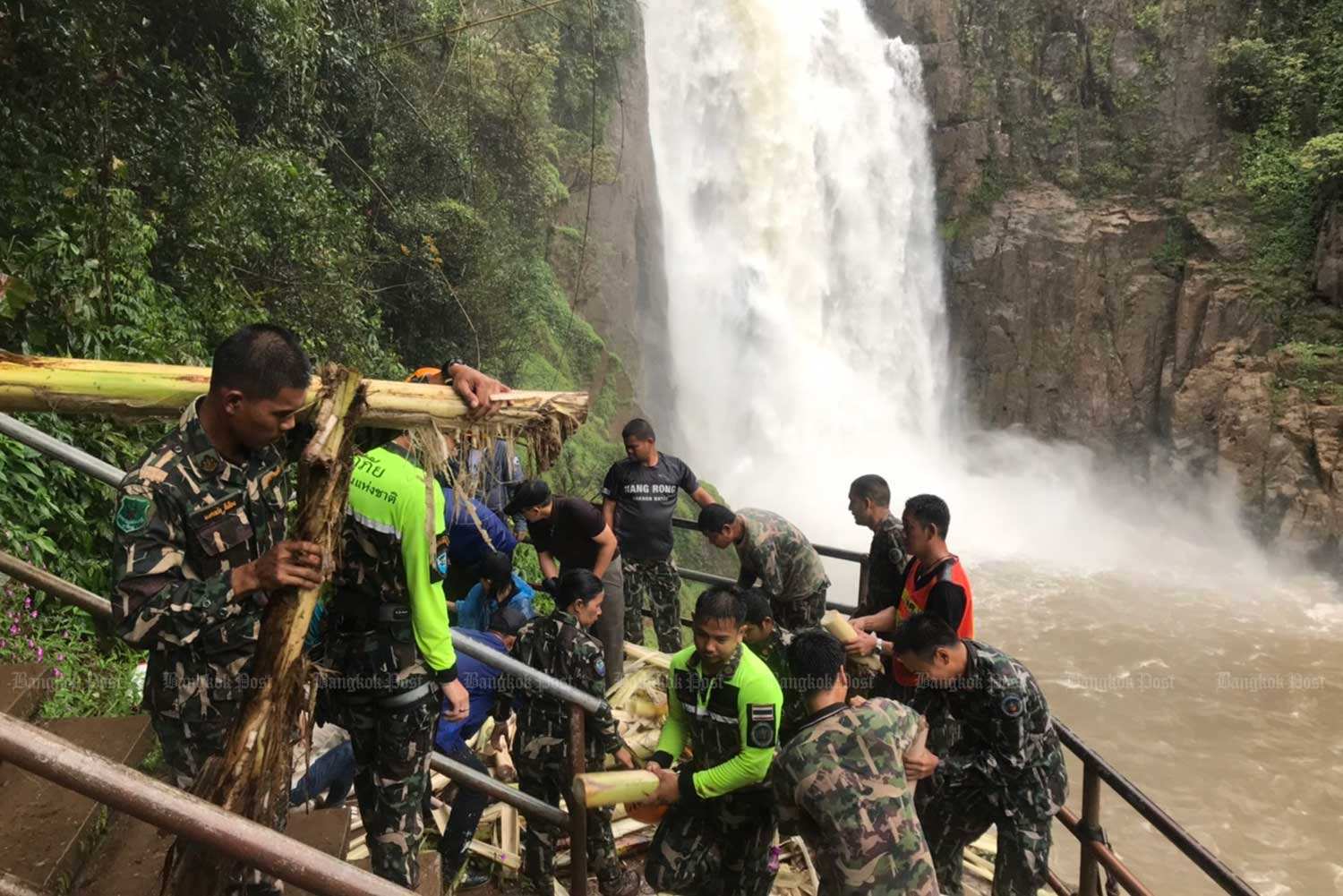 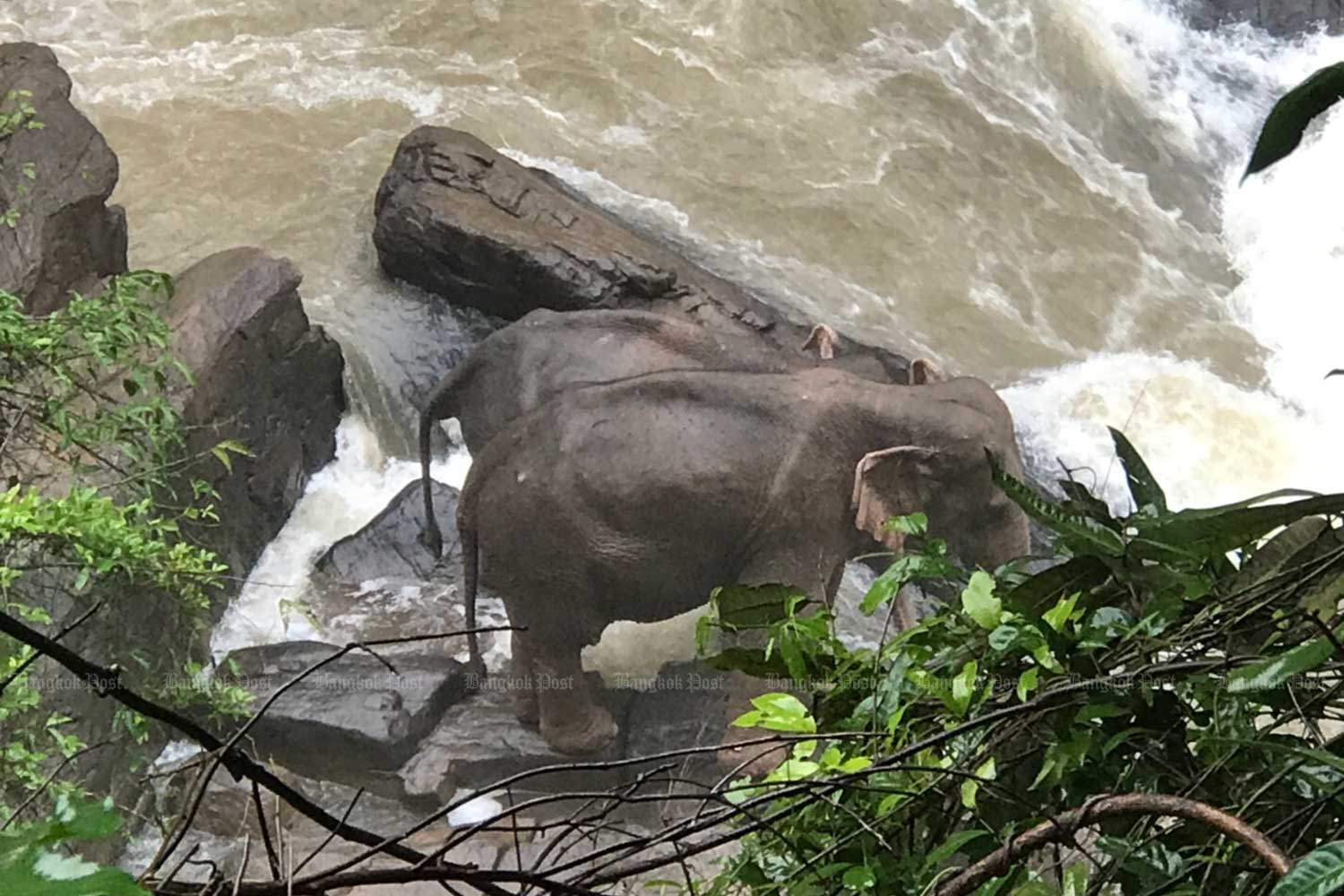 Two struggling elephants wait near the waterfall before they were rescued safely. (Photo by Manit Sanubboon)