Army chief Gen Apirat Kongsompong lashes out at "the Thai politician" who met Hong Kong activist Joshua Wong as he shows a picture of the activist with the removed image of Future Forward leader Thanathorn Jungroongruangkit, at a special lecture on national security in Bangkok on Friday. (Photo by Wassana Nanuam)

The Chinese embassy has accused “a Thai politician” of acting irresponsibly in contacting a Hong Kong pro-independence group involved in protests pushing for separation from mainland China.

The criticism was made in a statement in Thai issued by the embassy's spokesman and posted on its Facebook page on Friday.

Pro-independence protesters had colluded with outside influential groups in spreading rumours and distorted facts to achieve their undisclosed motive and purpose, the statement said.

“A Thai politician has contacted the group calling for Hong Kong’s independence from China, showing a sign of support for the group. This action is extremely wrong and lacks responsibility. China hopes that the relevant individual can be made aware of facts regarding Hong Kong’s problem, be cautious and do what will benefit the relationship between China and Thailand,’’ the spokesman said.

The criticism came after pro-democracy activist Joshua Wong recently posted on social media a photograph of himself and Future Forward leader Thanathorn Jungroongruangkit.

Protests have rocked Hong Kong for almost four months, pushing back against China’s tightening grip on the former British colony, administered under a principle of "one country, two systems".

Army chief Gen Apirat Kongsompong on Friday lashed out at the Thai politician who met the activist in Hong Kong.

The army chief did not name the politician but showed a picture of the Hong Kong student activist and another person whose picture was revmoved. Elsewhere, the picture saw Mr Wong and Mr Thanathorn.

“Hong Kong used to be a city worth visiting. I want to ask who wants to visit Hong Kong today…But someone went there and posted a photograph on social media.  Mr Joshua Wong has visited Thailand on several occasions. Who did he meet? What type of people did he meet? Did their meeting have a hidden agenda? What did they plot? Now, there is unrest in Hong Kong. A visit (by someone) can be viewed as giving encouragement and support,’’ Gen Apirat said.

Gen Apirat made the remark during a lecture on national security at an army conference attended by 400-500 people, including university students, lecturers, territorial defence students, celebrities and news  media.

Deputy Prime Minister Gen Prawit Wongsuwon warned that the politician involved in the Hong Kong rallies must face the consequences, also without naming him.

The deputy prime minister's stern warning came after the Chinese embassy statement. Gen Prawit said he followed the news but had not received any official report on the visit.

The political party that person belonged to must be held responsible for any consequences, Gen Prawit said.

He said the government had no problem with China and the politician’s actions would not hurt the relationship between the two countries. 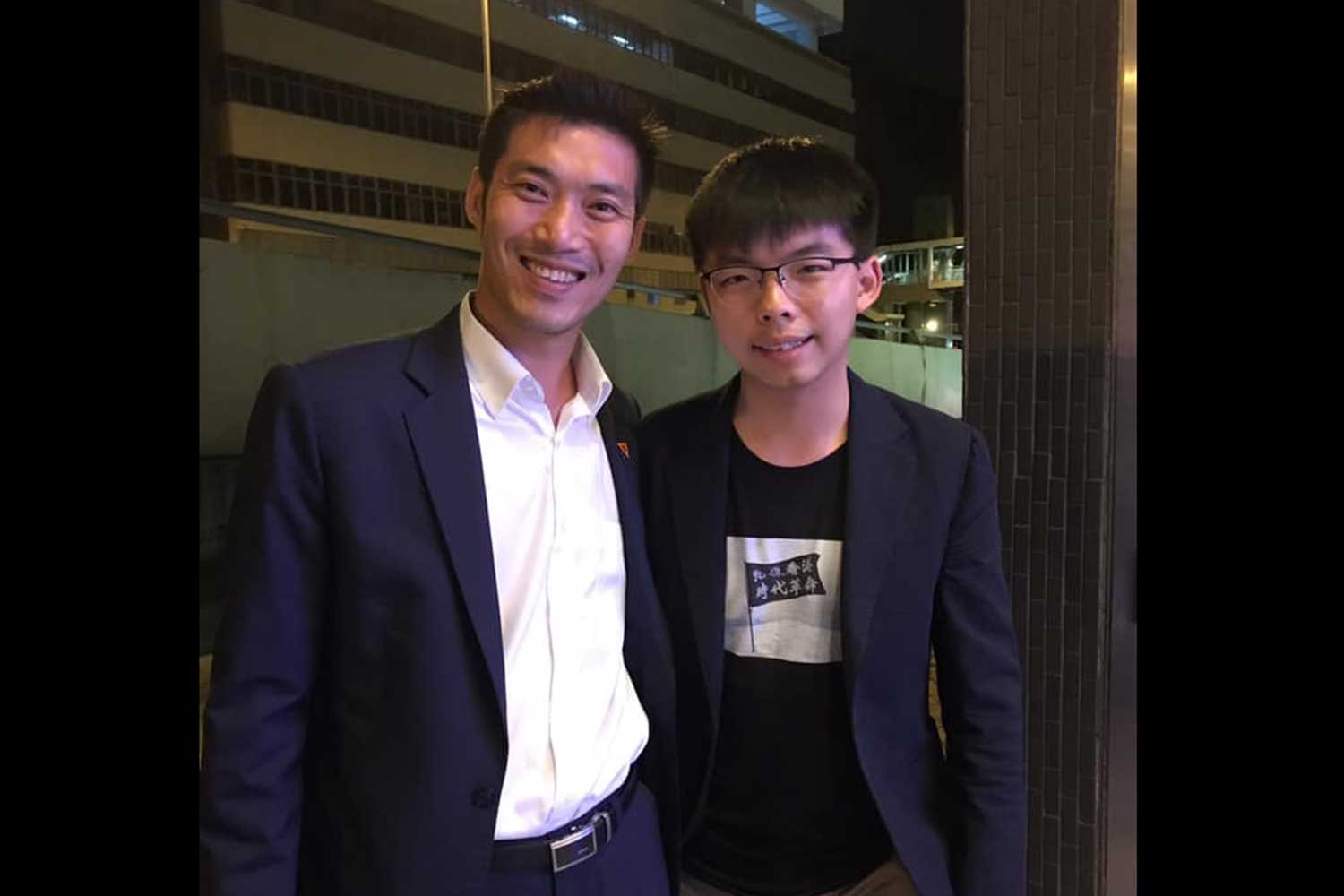