Sakda Taoteethong holds a picture of his late younger sister, Um, after he almost cremated the wrong body due to a mistake committed by Buri Ram Hospital. (Photo by Surachai Piraksa)

The family and friends of Um Taoteethong were perplexed on Thursday night when they saw an ambulance rushing to the chanting ceremony for the 47-year-old at her house at Ban Non Malai in Khu Muang district.

Volunteers from the rescue unit of the Tambon Wang Nuea Administration Organisation emerged from the ambulance with some unexpected news: the body lying in the coffin was not Um -- and they had come to deliver the real one.

The family members of Um and other mourners went to the ambulance to check, and recognised Um's body lying in a casket.

"The ambulance of the Tambon Wang Nuea Administration Organisation came to the house around 7pm and told me that they wanted to swap the bodies," said Sakda Taoteethong, the elder brother of the dead woman.  "I was shocked. I opened the coffin at the ceremony and found that the body was not my sister's."

The body at the house turned out to be Lamom Insamran, 75, a resident of Ban Alang in Ban Dan district, who died on the same day at Buri Ram Hospital in Muang district.

Um's real body was moved from the ambulance to replace Lanom's, which the ambulance then delivered to a chanting ceremony at Wat Palad Pook in Ban Dan.

Um and Lamom both died on Thursday, and their bodies were moved to the hospital morgue. Staff then cleaned them, injected them with formalin and wrapped them in sheets of white cloth in preparation for collection by their families for religious ceremonies. 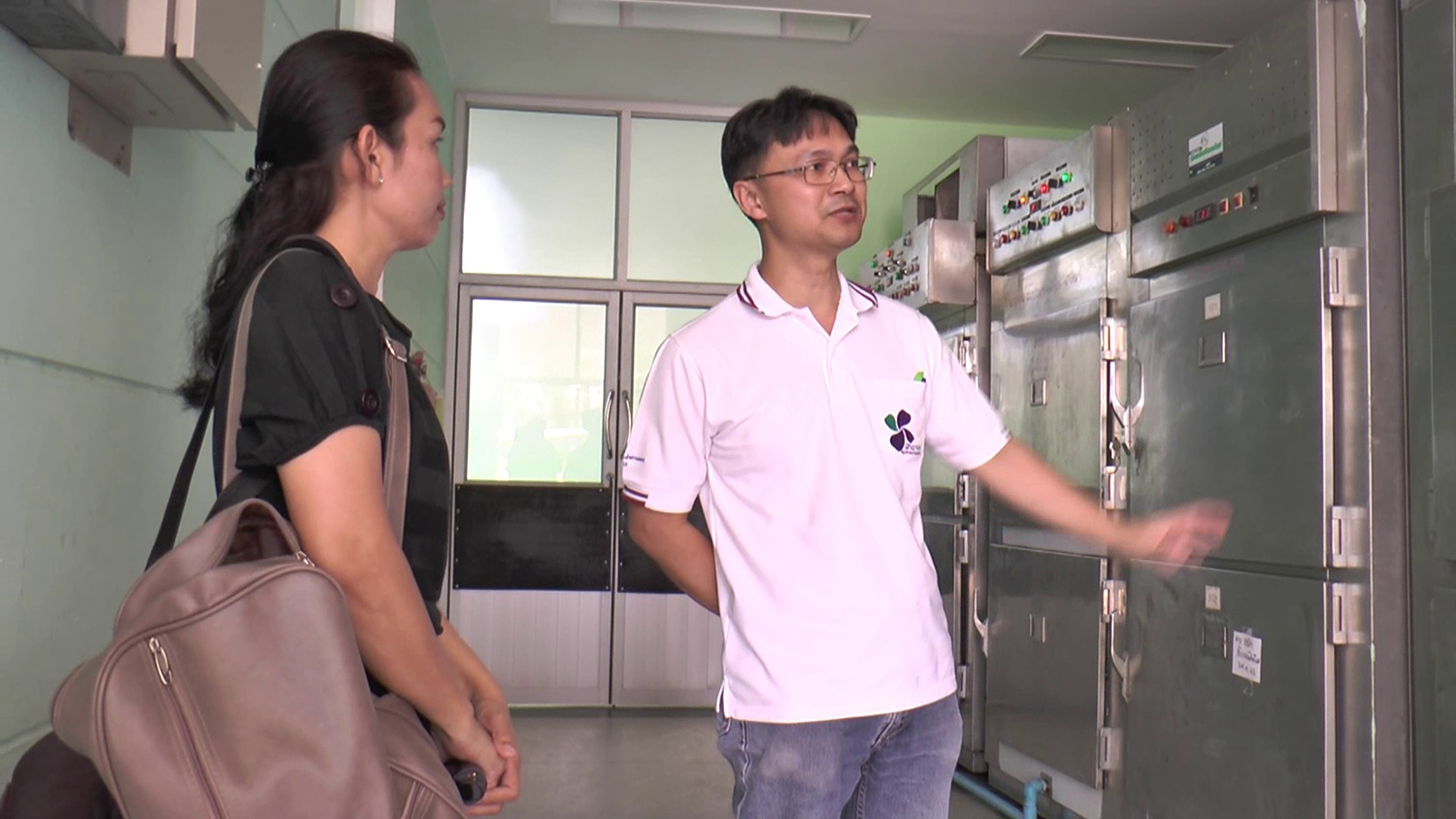 Deputy director of Buri Ram Hospital Dr Rakkiat Prasongdee shows the place where place where patients' bodies patients are stored before release to their families. (Photo by Surachai Piraksa)

Deputy hospital director Rakkiat Prasongdee explained on Sunday that his staff had made a careless mistake. They failed to open the white cloth wrapping the bodies for the family members of Um and Lamom to verify when they came to sign the documents for the bodies' release from the hospital. They later put the corpses in coffins and sent them out of the hospital.

The mistake was not discovered until Lamom's body reached Wat Palad Pook. The undertakers at the temple opened the wrapped cloth to prepare a bathing rite for Lamom -- and realised that the body was not hers.

Phisit Insamran, a son of Lamom, then called the hospital to request the correct body.

"I am lucky," Mr Phisit said on Saturday. "Had the undertakers not opened the cloth wrapped around the body, I would have cremated a woman who was not my mother."

Mr Phisit said that he had been contacted by the hospital on Thursday to pick up his mother's body. When he and other family members arrived at the hospital morgue, they were told all verification processes had been completed for the release, he recalled.

After realising the mistake, Dr Rakkiat said the hospital hastily contacted the rescue unit to swap the bodies.

Hospital director Somchai Assawasudsakorn on Sunday offered an apology for what happened. The hospital will rehearse the correct procedures with staff to prevent the same mistake from happening again, Dr Somchai added.

Suwit Seetha, a nephew of Um, said he had a hunch that something was wrong during the chanting ceremony for his aunt before the ambulance arrived.

"Two big candles in front of the coffin suddenly fell down, even though there was no wind blowing in," he recalled.

Farmers to hand back chemicals

Agriculture and Cooperatives Minister Mananya Thaiset on Monday warned farmers to return their stocks of herbicide paraquat and pesticide chlorpyrifos within 90 days now that the ban on the two chemicals is in effect.