An underpass is flooded in Muang district of Chiang Mai province on Monday. (Photo by Panumet Tanraksa).

In the northern province of Chiang Mai, flooding covered a wide area of the provincial centre in Muang district. Flood-prone roads were impassable to small vehicles, including a Chiang Mai Superhighway underpass where numerous small vehicles broke down.

Thanawut Panchaporn-udomlarp, director of the Northern Meteorological Centre in Chiang Mai, said weather fluctuations would continue on Monday and Tuesday because of a high pressure system that was arriving in the upper part of the country.

There would be thunderstorms and temperatures would drop by 2-3 degrees Celsius, he said.

In Prachuap Khiri Khan, the southernmost province in the Central Plains, floodwater up to 30 centimetres deep covered roads in municipal areas of Muang district.

Local people complained that the floodwater was black, dirty and smelt vile because sewers had not been cleaned. They added that sewers blocked by garbage and construction materials had made municipal roads vulnerable to flooding. 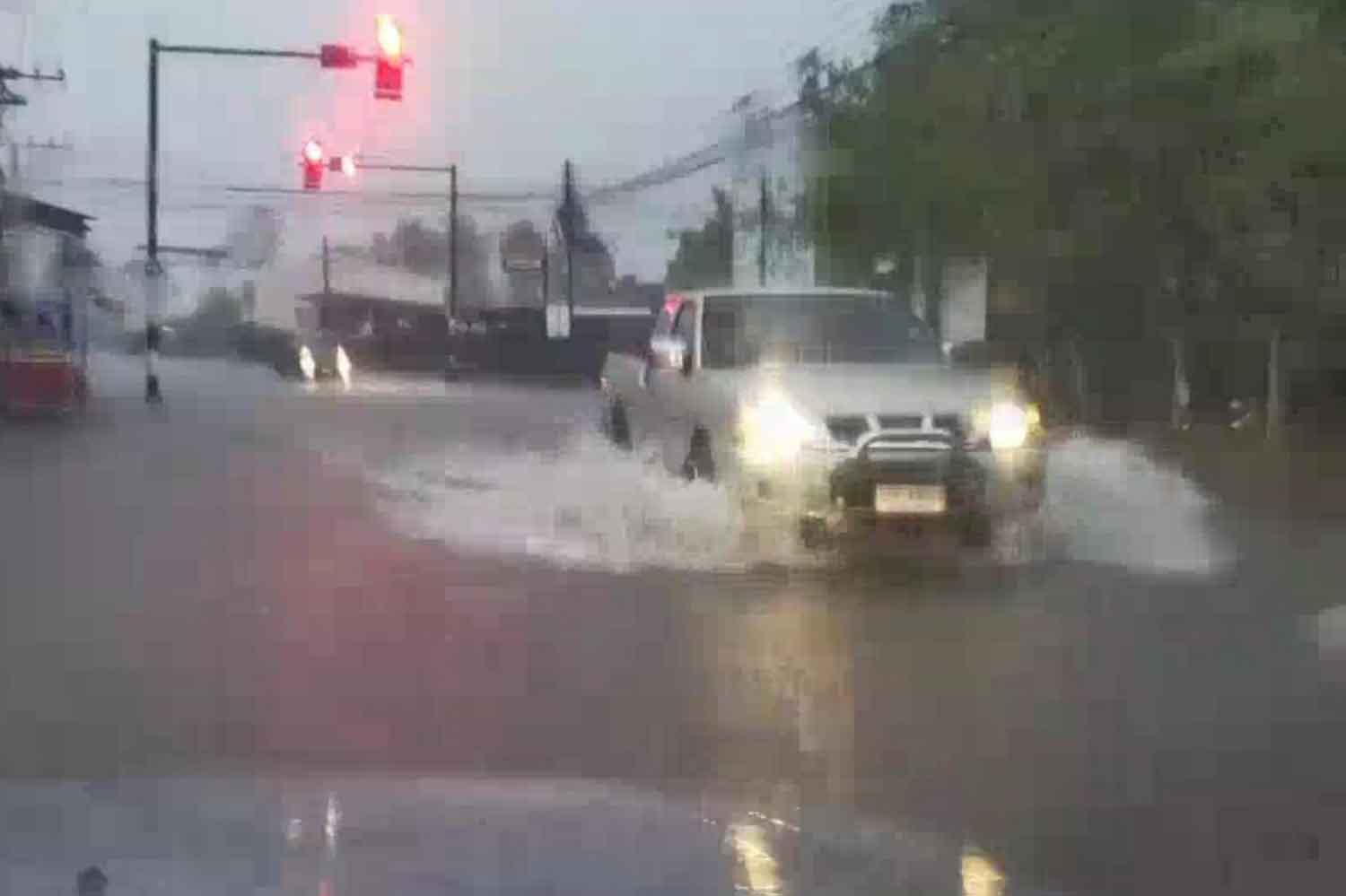 MEA launches “MEA Save Green Save You”