The body of a Norwegian man is found hanged on the porch of his rented house in Hua Hin district of Prachuap Khiri Khan province on Monday. (Photo by Chaiwat Satyaem)

Police rushed to house number 39/70 on the Hua Hin Paradise Village housing estate after being informed of the death. They found the body of a man hanged with black electrical wire on the porch of the one-storey house with swimming pool.

At the scene there were bird-nest chairs, three liquor bottles -- two of which were empty -- two empty beer cans, three glasses and two sets of dishes, spoons and forks. There were also cigarettes and an ashtray on a table, as well as a toppled stool. Police also found a mobile phone at the bottom of the swimming pool.

The deceased was wearing jeans shorts and had a tattoo on its right arm. No wounds were visible on the body, except for some scratches on the knees apparently caused by scraping against the ground at the time of death.

Swimming pool service provider Wirote Kampanwong said he found the body when he arrived at the house for his regular pool maintenance service visit. He said the man had rented the house for six months.

Police collected fingerprints and other evidence at the scene and had not ruled out any possible cause of the death, including suicide and murder. The body was moved to Hua Hin Hospital. 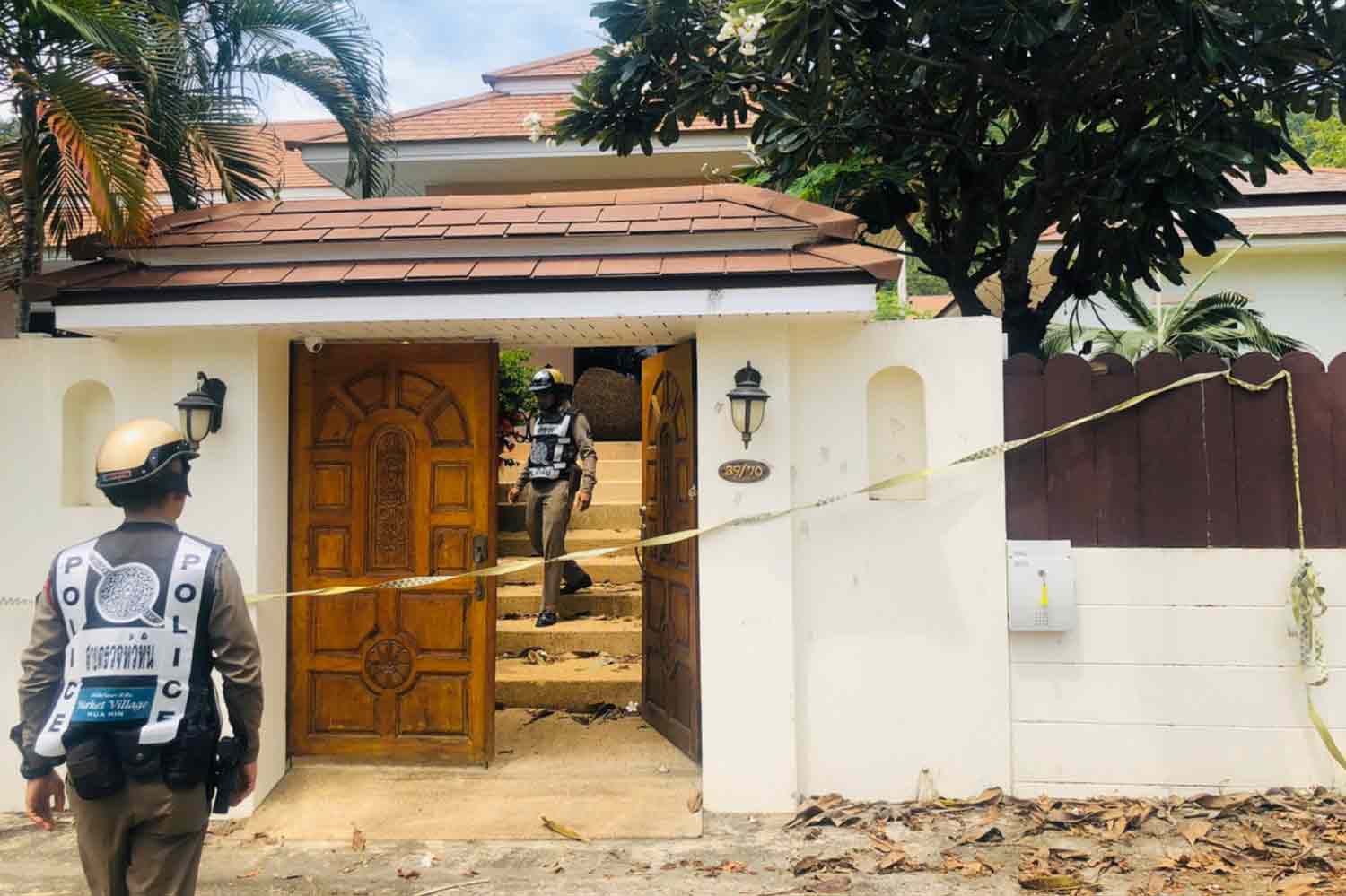