Sukan Sangwanna (left), secretary-general of the Safe Farming Confederation, gestures after learning about the results of the vote to ban three chemicals at the Industry Ministry in Bangkok on Tuesday, (Photos by Patipat Janthong)

The National Committee on Hazardous Substances has voted to ban three toxic farm chemicals amid threats by opposing farmers to seek a court injunction to suspend it.

The 26-member committee, chaired by acting industry secretary-general Panuwat Tariyangkoonsri, made the decision to ban  two herbicides — paraquat and glyphosate — and chlorpyrifos, a pesticide, on Tuesday as around 500 farmers from several provinces opposing the ban were waiting outside.

Public Health Minister Anutin Charnvirakul posted on Facebook the votes in favour of the ban against those for restrictions on use: 21-5 for paraquat, 19-7 for glyphosate and 22-4 for chlorpyrifos.

After hearing the results, Anchulee Lak-amnuayporn, a leader of the anti-ban farmers, told the disappointed protesters not to lose heart since they still had two options. 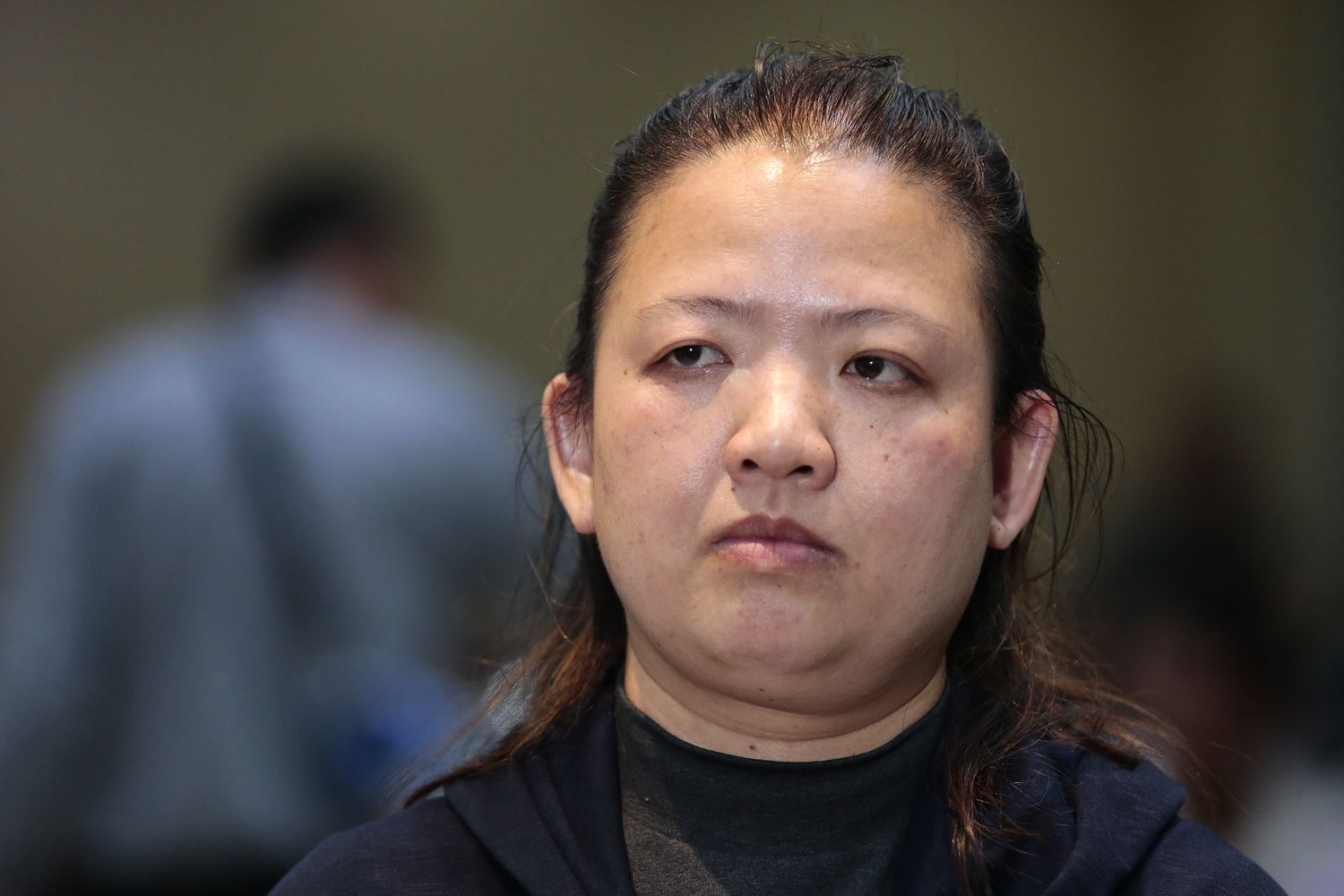 "We still have two options," says Anchulee Lak-amnuayporn, a leader of anti-ban farmers.

They could file a petition to stop the ban with the Central Administrative Court and ask the committee to reconsider it with new evidence, she said.

The farmers want clarity on what choices they have to eliminate weeds after the ban comes into effect. They fear it could be expensive and add to their already-high costs.

Ms Anchalee said the other choice was to wait until Prime Minister Prayut Chan-o-cha returns from his Japan trip. "We heard from our coordinators the prime minister ordered a forum with four groups present. So far, only three groups attended such forums," she said.

Meanwhile, the Safe Farming Confederation of 5 million households on Tuesday sought 820 billion baht in compensation from the government as a result of the ban, including payouts to cover the extra costs of hiring labourers to root out weeds.

The group also wants a debt moratorium for all farming households and fresh loans for machinery with the government subsidising the additional costs they will have to shoulder.

"At the same time, the farming sector must use non-chemical substitutes [to kill weeds] for the sake of health and the environment. We therefore ask the government to compensate us for the extra labour costs of 1.2 trillion baht a year and to help us find workers to manually root out weed.

"If the authorities can’t do so, we’d like to see Agriculture Minister Chalermchai Sri-on and his deputy, Mananya Thaiset, pull out the weed themselves in 60 million rai in 30 days."

He said the group wanted a moratorium on farm debts owed to the BAAC so they could seek new loans to pay for new machinery, with the government subsidising the cost differences for the purchases that exceed what they normally pay for paraquat.

He added post-ban measures remained sketchy and had never been tried in practice.

"We would like the authorities to set up a 500-rai model plot for economic crops where weed can be eliminated in one day."

He added Oct 22 would go down in history as the doomsday when Thai farming collapsed because of "favouritism for traders of new chemicals and a conspiracy between politicians and NGOs".