Elephant lies down on visiting car in Khao Yai

NAKHON RATCHASIMA: A large bull elephant was seen attempting to lie down on a car load of tourists stopped on a road in Khao Yai in a bizarre incident that prompted national park staff to remind visitors how to react in the presence of the animals.

Duea, a 35-year-old tusker, was seen beside a car parked on Thanarat Road in the park in Pak Chong district of Nakhon Ratchasima province on Tuesday afternoon. The elephant then stepped across and behind the car before lowering its weight onto the roof.

The driver then inched the vehicle forward, away from the elephant. The video showed its rear window was broken, and the roof and body were damaged.

It was unclear how many people were in the car, but it appeared no one was injured.

Park staff on Tuesday night posted a Facebook message with a picture of the elephant, saying Duea always came out to "greet" tourists during the transitional period between the wet and cold seasons.

The park suggested drivers stop their vehicles 30 metres away from an incoming elephant, keep the engine on and back away if the animal comes closer.

"Don't stop the car to take photos, because that will pose a danger to you and your vehicle," it warned. 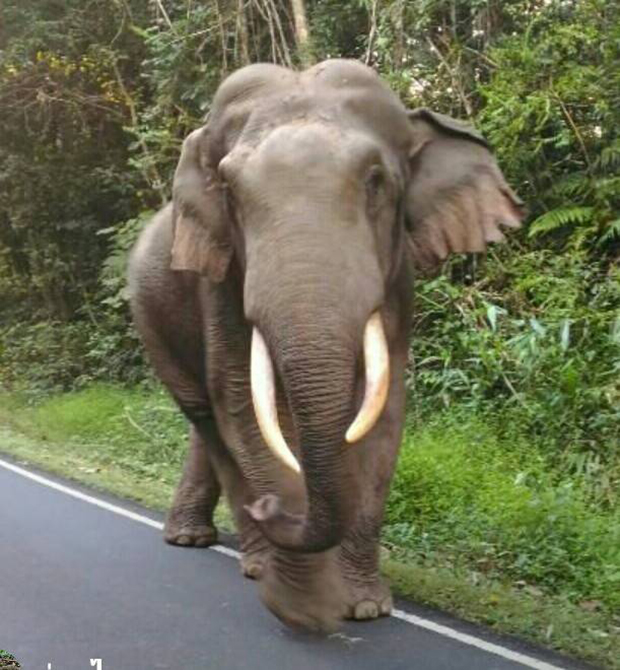