Workmen labour to clear the road and restore power on Wednesday after the storm hit Ban Laem district in Phetchaburi province on Tuesday night. (Photo by Chaiwat Satyaem)

A tropical storm warning for all four regions, as an overnight tempest brings down dozens of power poles and blacks out part of Phetchaburi province.

The road was blocked to traffic and there were widespread blackouts.

Witthawat Boonlert, director of the engineering and electricity service section of PEA’s Zone 1 in the South, said on Wednesday they were clearing the road as quickly as possible and replacing the damaged power poles.

The electricity supply was expected to return to normal this evening. It was too early to assess the full cost of the damage.

The Meteorological Department on Wednesday issued a tropical storm Matmo warning for provinces in the lower Northeast, the East, the lower Central and the upper South, extending into Thursday.

A category 2 depression over the middle China Sea had grown into a category 3 tropical storm, the department said in its weather warning.

The storm was about 300 kilometres east of Vietnam early on Wednesday. It was moving west and expected to make landfall later in the day. Isolated heavy to very heavy rain was likely in the four regions of Thailand on Wednesday and Thursday.

People should be aware the weather conditions may cause flash floods and runoff, the department said. 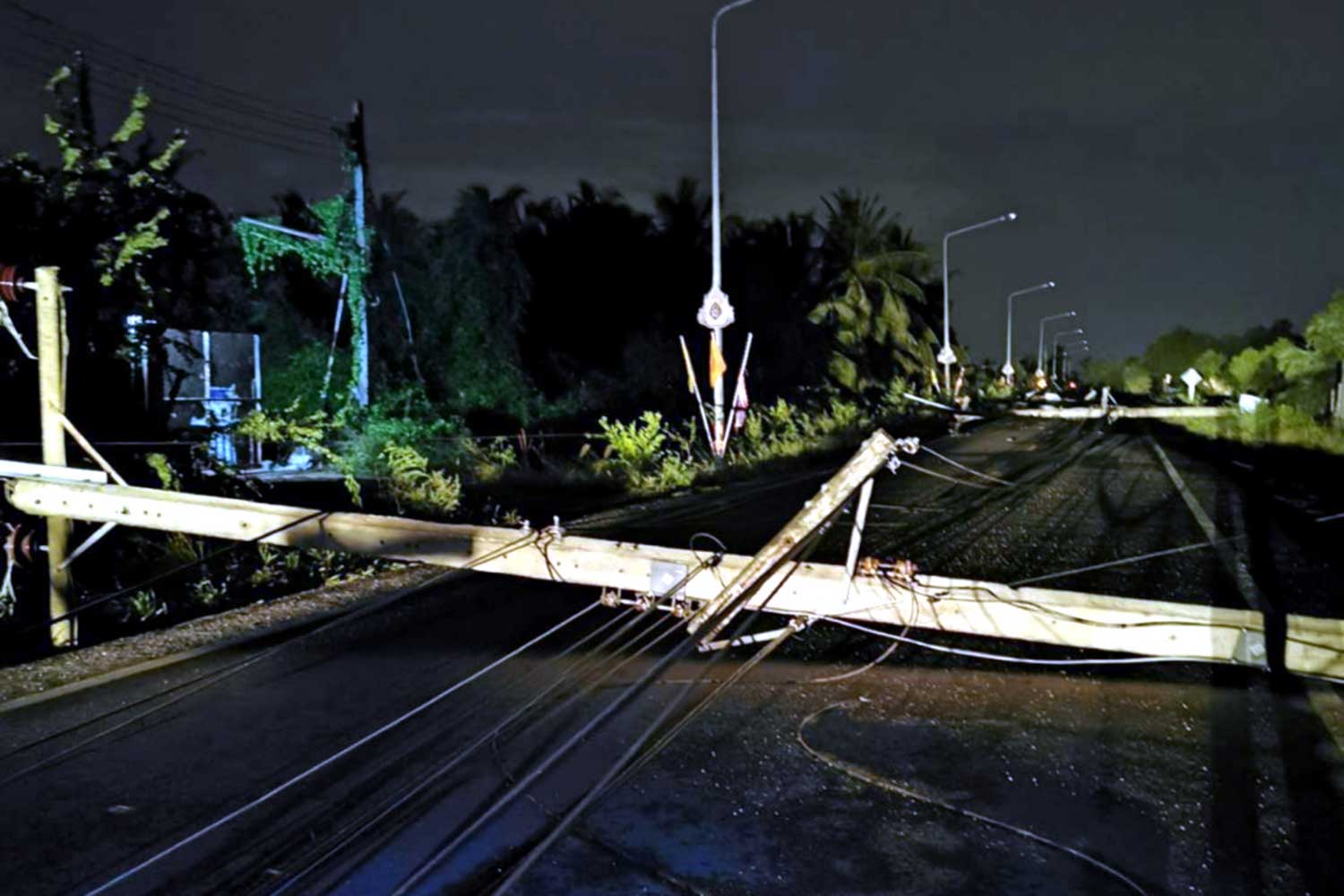