UDON THANI: A sudden fire damaged about a large number of motorcycles and a car parked outside a public ward at a hospital in Muang disrict on Wednesday morning.

The fire broke out at about 10.30am in the car park at Udon Thani Hospital. Firefighters were able to douse the flames quickly, but 34 motorcycles and one car were damaged.

Pol Col Sarayut Champhiew, chief of Muang police station, said authorities were yet to establish the cause of the blaze. No-one had yet showed up to claim ownership of any of the burned bikes, he said.

Investigators would call in the motorcycles' owners for questioning, said the police chief. They would be asked whether they had placed any items such as cigarette lighters or power banks under the bikes' seats. 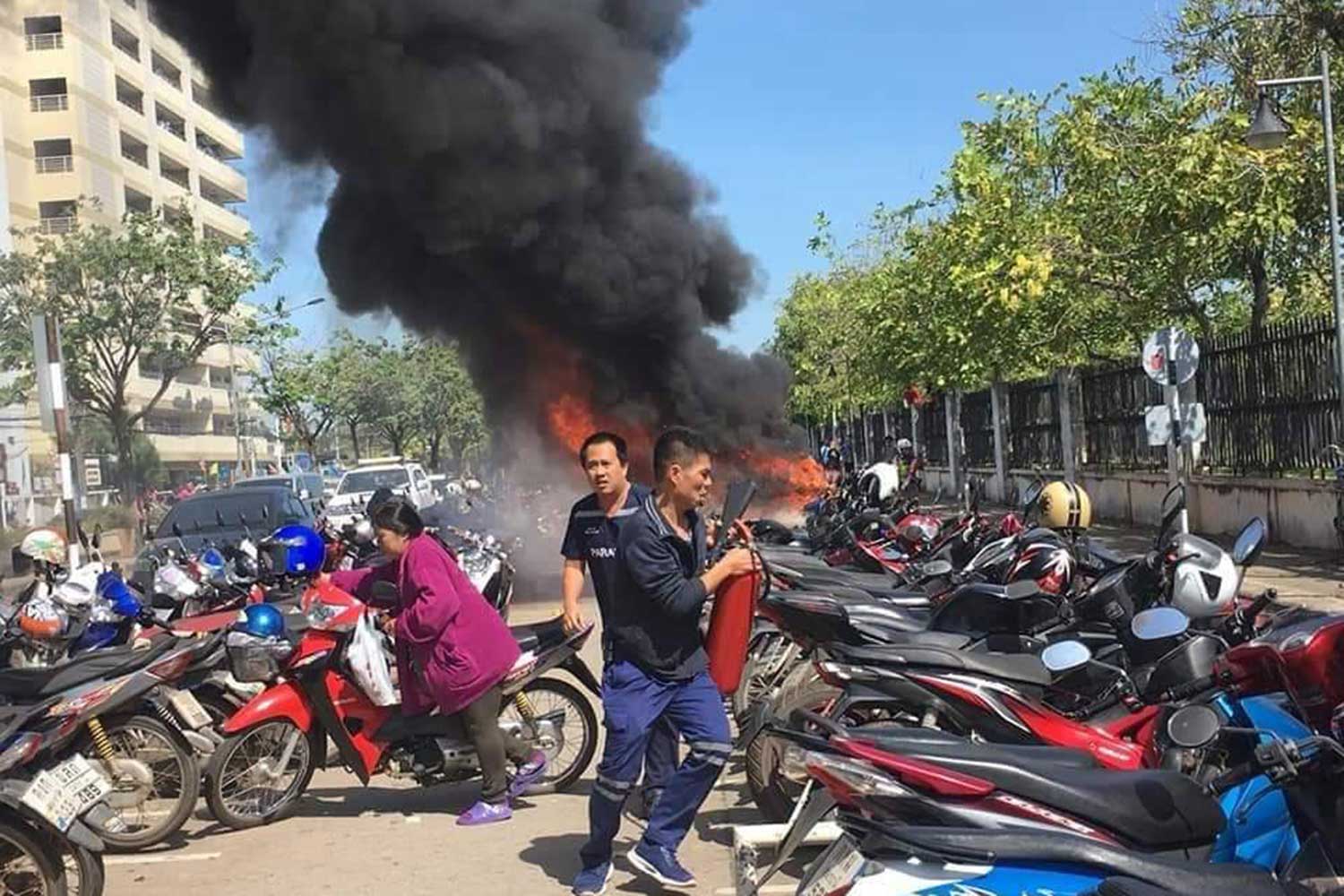 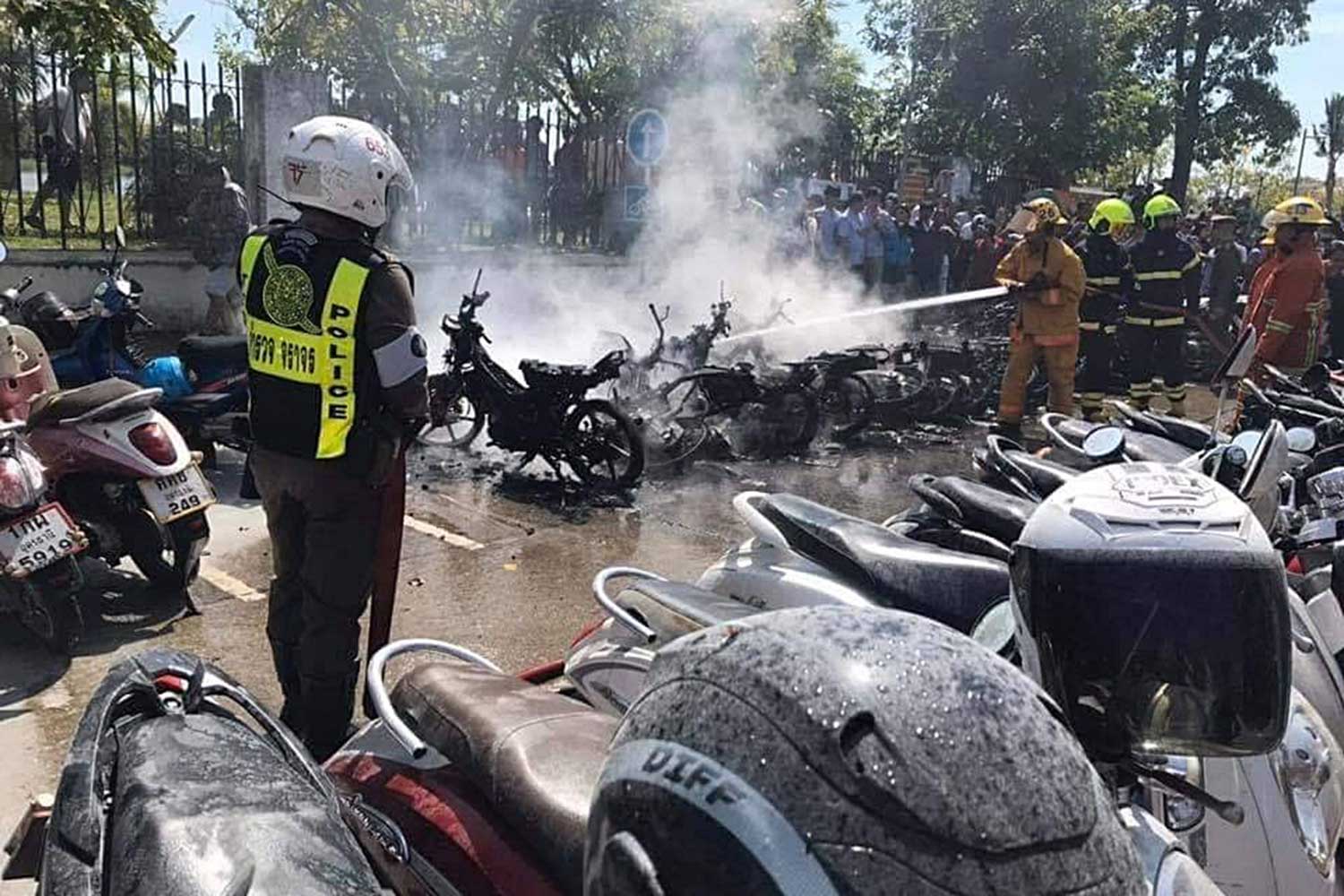 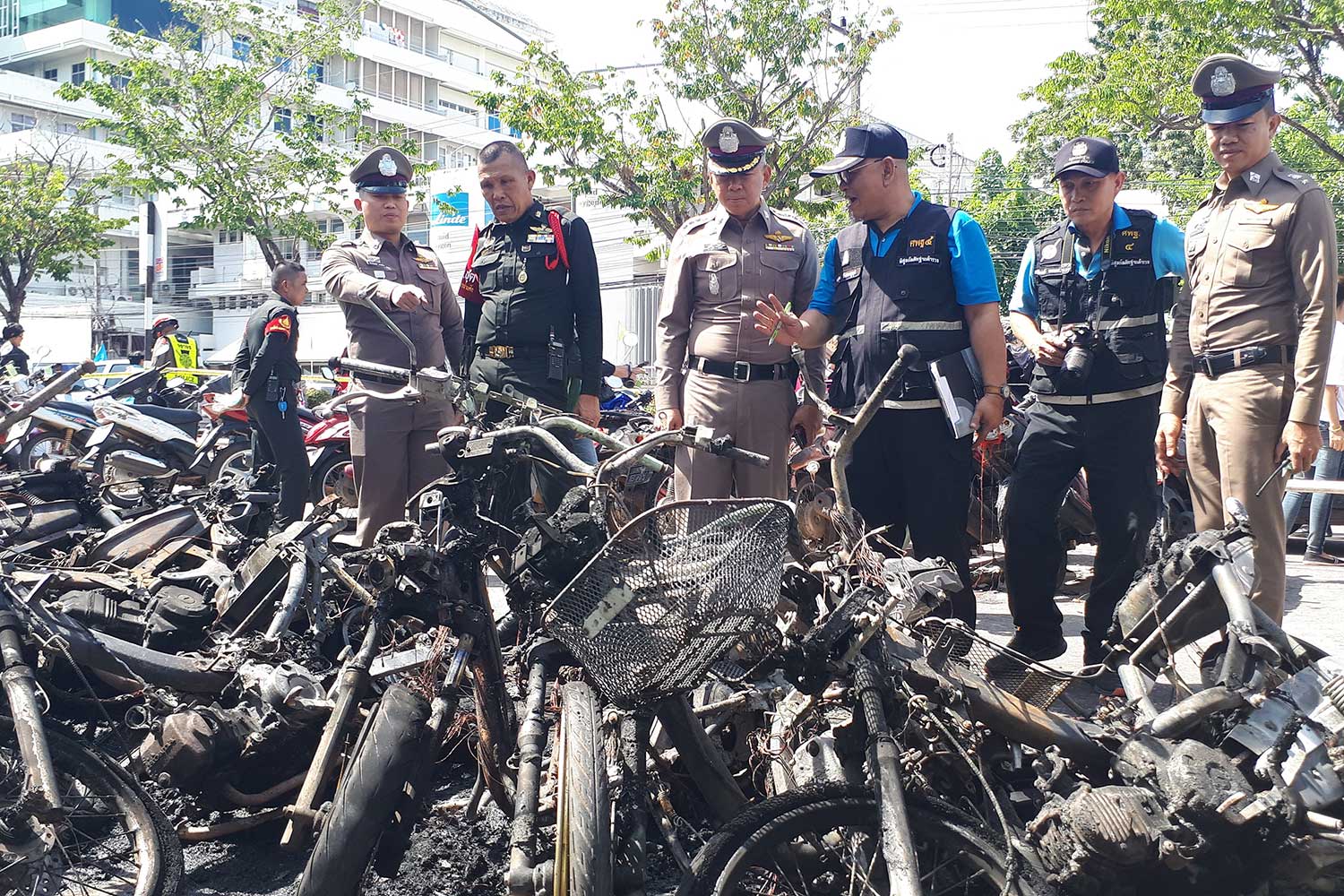