No clear rules govern bloc, and consensus hard to reach

Asean will never realise its ambition of becoming a cohesive and united community as long as member states care more about their own sovereignty and security than the wellbeing of their people, said Pongphisoot Busbarat, political science lecturer at Chulalongkorn University.

To cope with complexities and security challenges in the current global environment, Asean needs to act in a more decisive manner, not just retreat back to the "Asean Way" every time a conflict arises, he said.

The Asean Way, otherwise known as Asean's non-interference policy, or reluctance to meddle in other members' affairs, has become the main obstacle to the bloc fully achieving comprehensive security, he added.

"No consensus can easily be reached, and there are no clear rules and regulations governing the bloc," he said.

For governments in Asean, the sovereignty and security of a regime seem to hold more weight than the wellbeing of its people and peace, prompting the government to often opt for policies that benefit itself instead of the people.

"No one wants to delegate authority to a central agency since doing so can decrease a regime's power and authority. The Asean secretariat, for example, has no authority over its member states," he said.

Even though the leaders have said they don't want to develop into the likes of a bureaucratic or all-powerful European Union, the lack of authority when reaching a decision makes it hard for the bloc to tackle both traditional and emerging security challenges such as cyber security and transnational crimes, he said.

On the security front, the competing forces of China and the United States are the most pressing challenges looming for the unity of the bloc with the former adamantly advocating its Belt and Road initiative while the latter pushes for a Free and Open Indo-Pacific Strategy, according to Mr Pongphisoot, adding Asean has to resist the pull to play favourites.

To cope with the complexity of regional security architecture amid the tensions, Asean member states ought to come up with a policy that will not draw themselves into the conflict.

Mr Pongphisoot thinks the example of a nuanced policy can be seen in Asean's response to the Free and Open Indo-Pacific strategy which is the US attempt to counter the growing influence of China in the region.

"The Asean Outlook on the Indo-Pacific issued by Asean in June is very compromising. The document succeeded in showing that Asean is not choosing China over the US."

Such a compromising policy which is neutral and welcoming to every party will eventually lead to more cooperation, narrow the gap between the old and new Asean member states, and contribute to comprehensive security, be it political, social, or economic, he said.

Chulalongkorn University's political science lecturer Chaiwat Khamchoo said the document presents a constructive and neutral narrative regarding the bloc's stance on the issue.

Such a narrative will contribute to peace and stability in the region, he said.

The South China Sea dispute could persist for years with no end in sight, because no claimant wants to relinquish its claim, said Mr Pongphisoot.

One way out could be for claimants to agree to establish a joint development scheme that will benefit all.

"As in other cases in recent past, joint developments have been an effective solution to terrestrial claims such as Thailand and Malaysia, benefiting every side," he said, adding that he doubts anything new will come out of this weekend's summit.

Prof Chaiwat, however, thinks that Thailand can play a constructive role in resolving the issue, even as it prepares to cede the rotating chairmanship, because the kingdom is commonly perceived as a non-threatening actor in the dispute.

"Given our stance, Thailand can constructively push for the materialisation of the Code of Conduct," he said.

Regarding the situation in Myanmar's Rakhine state, which has been jeopardising the integrity of the bloc in the eyes of international community, Mr Pongphisoot said the issue is a quagmire because Asean is not really able to do anything. Member countries are reluctant to take a stand which would upset Myanmar, despite the humanitarian issues involved.

He suggests the Myanmar government should open itself to other parties, especially its Asean neighbours, and Thailand, perceived as a trustworthy ally, can convince Myanmar to at least accept solutions proposed by international community. 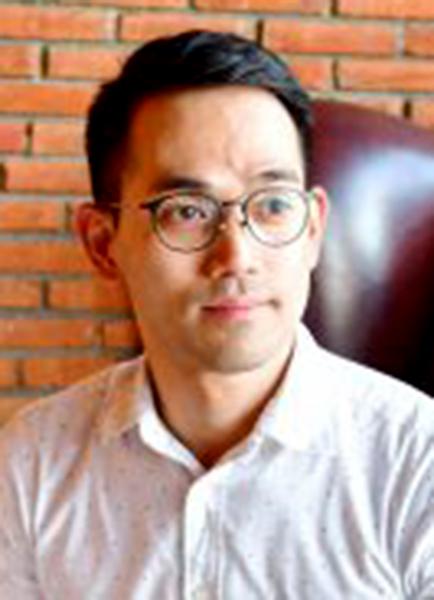 Asean could act as an intermediary since the Myanmar government knows that most of the governments in Asean care about the issue and that its neighbours can water down comments or proposals that extend beyond Myanmar's comfort zone.

Lalita Hanwong, lecturer at Kasetsart University's Faculty of Social Science, said that given the Asean's practice of non-intervention, it is unlikely the bloc will comment on such a sensitive humanitarian crisis.

Further, the bloc tries not to upset Myanmar by sidestepping the issue and avoiding the term "Rohingya" entirely.

She is encouraging Asean to have "greater courage" in addressing the issue, saying "Asean should act as a mediator between the Rohingya and the Myanmar government rather than standing aloof from the problem," adding that without seriously tackling the issue, the bloc will never realise its ambition of becoming a powerful intergovernmental organisation.