Fugitives believed heading for the border

The pickup truck that carried the three escapees, two Thais and an American, away from the Pattaya Court on Monday, found abandoned in Si Racha district, Chon Buri, on Tuesday afternoon. (Photo by Chaiyot Pupattanapong)

CHON BURI: The pickup truck used by three drug defendants who attacked police and escaped from Pattaya Court was found in Si Racha district on Tuesday afternoon, as police arrested two people suspected of helping them.

Police found the silver Isuzu about 1pm. It had been abandoned in the Rojana Industrial Park in tambon Bowin. It was near the home of Noi Nilthes, 40, one of the three prisoners who fled the court on Monday afternoon.

The other two fugitives are American national Bart Allen Helmus, 39, and his Thai wife Sirinapa Wisetrit, 30. The three were among 14 inmates from the Special Prison at Nong Pla Lai in Bang Lamung district who were transported to Pattaya Court for trial on Monday.

A police source said it appeared an accomplice picked up the three fugitives in another vehicle in tambon Bowin, abetting their escape.

From there they could easily travel on to Nakhon Ratchasima, Prachin Buri, Sa Kaeo or Chanthaburi provinces and try to sneak out of the country. Police had been ordered to intercept them on possible escape routes.

Detectives are also looking for people who might have assisted them in their escape, and have detained two suspects.

A source said they were a couple, identified only as Max and On. They were tasked with leaving an Isuzu pickup truck in the industrial estate.

Somkid Noikerdme, a security guard at Rojana Industrial Park, said on Tuesday that a man aged about 30 had parked the truck in the industrial estate and placed a steel cutting tool inside the cab, and then rode off on a motorcycle driven by a woman.

Suriyan Hongwilai, spokesman for the Court of Justice, said on Tuesday that the Pattaya Court and Pattaya police were investigating how the fugitives managed to obtain the knife and gun used in their escape.

In the escape, Pol Capt Thanamet Phothiphan was stabbed and a pistol was fired upwards to pave the way for the fugitives. Mr Suriyan said the police officer remained in an intensive care unit on Tuesday.

According to the spokesman, Mr Helmus and his Thai wife were charged with possessing one kilogramme of crystal methamphetamine for sales and a firearm and in a separate case Mr Noi was charged with possessing crystal methamphetamine and ketamine for sales and a firearm. Their offences carry up to death penalty.

Pol Col Thanapong Phothi, acting chief of Pattaya police, said on Tuesday that the three faced five more charges resulting from their escape, including attempted murder of a police officer and the illegal use of weapons. 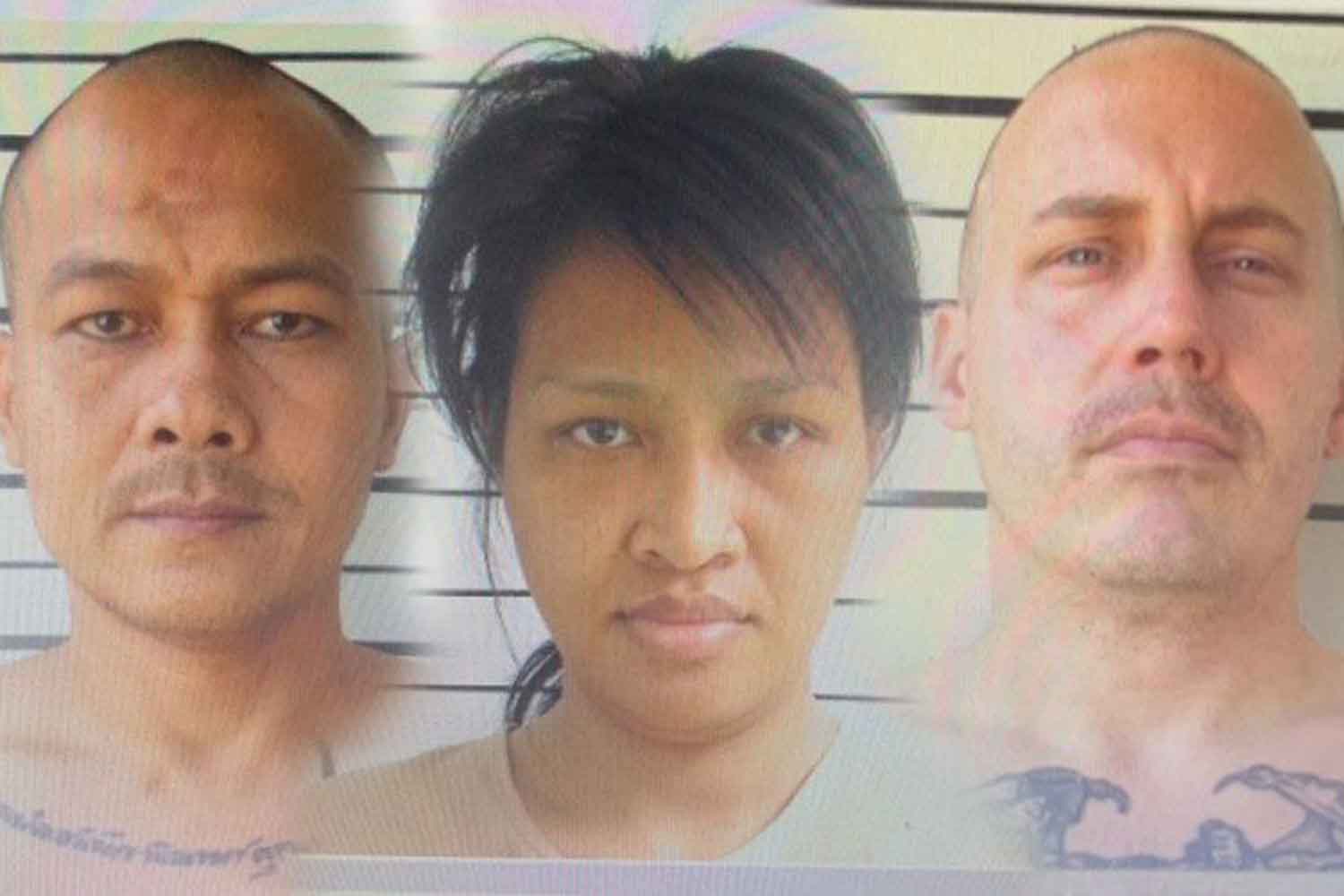