A forensic officer examines the scene of the robbery at the house where a German man was tied up and cut by two men who robbed him and his Thai wife in Muang Phuket on Thursday evening. (Photo supplied)

PHUKET: A 70-year-old German was tied up and his arm slashed by two men with knives who robbed him and his Thai wife of two ATM cards at their house in Muang district on Thursday evening.

Chuthaporn Chudam, 50, told police that returned to her house in tambon Rassada around 5pm and discovered two Thai men, aged 20-25 years, carrying knives inside her house.

She saw her German husband, Wilhelm Christian Schrei, 70, was tied up with black tape and had knife cuts on one of his arms.

The two robbers demanded the couple hand over their valuables. Ms Chuthaporn said they did not have any, so the men took their two ATM cards and the PIN codes.

The robbers fled via the back door around 5.20pm, she said, and she called police.

Ms Chuthaporn said she phoned the banks to have the two accounts frozen, and was informed that 1,900 baht cash had been withdrawn from her Kasikornbank account at 5.46pm. 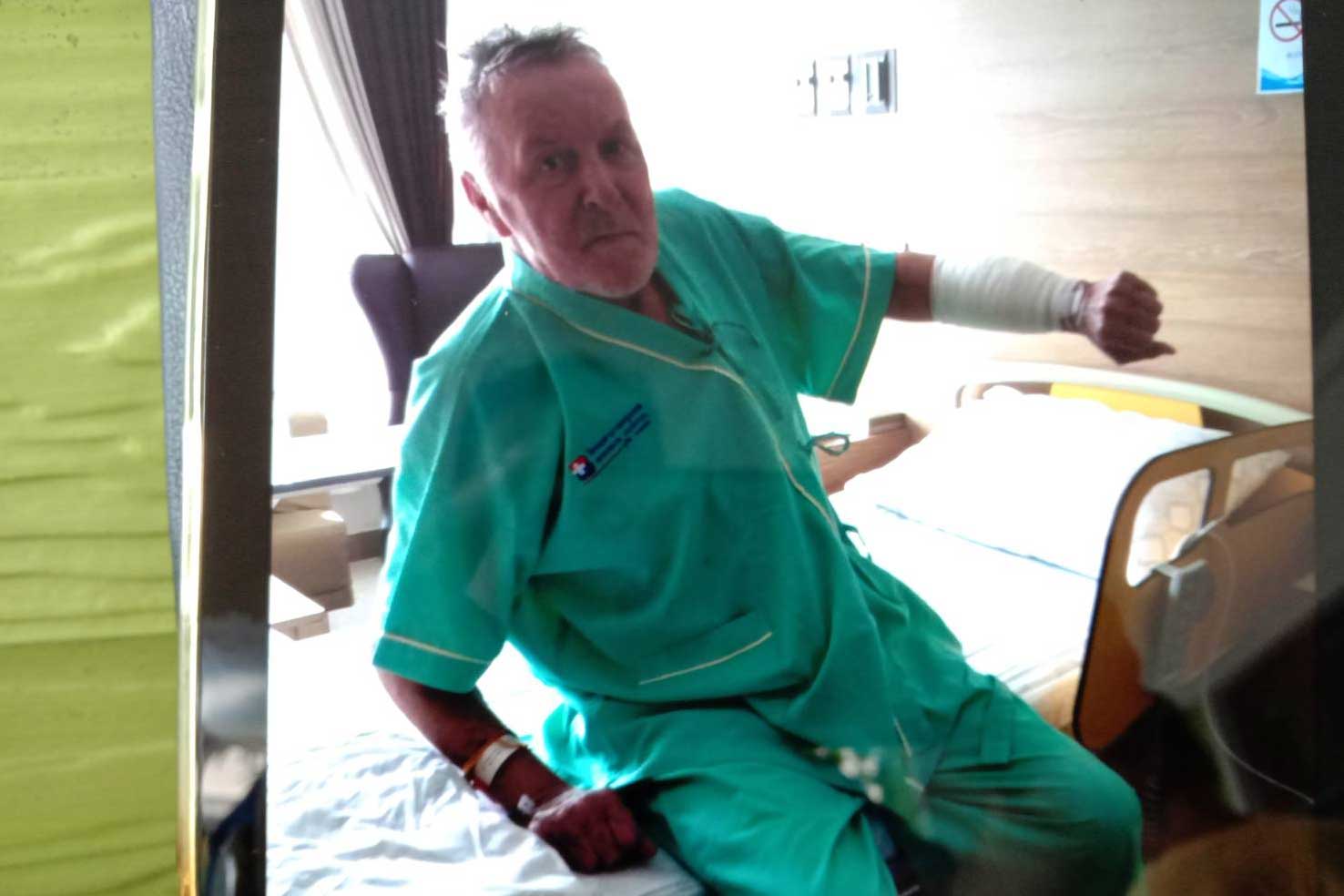 Wilhelm Christian Schrei, 70, a German national, shows his bandaged arm, slashed by two men with knives at his house in Phuket. (Photo by Achadtaya Chueniran) 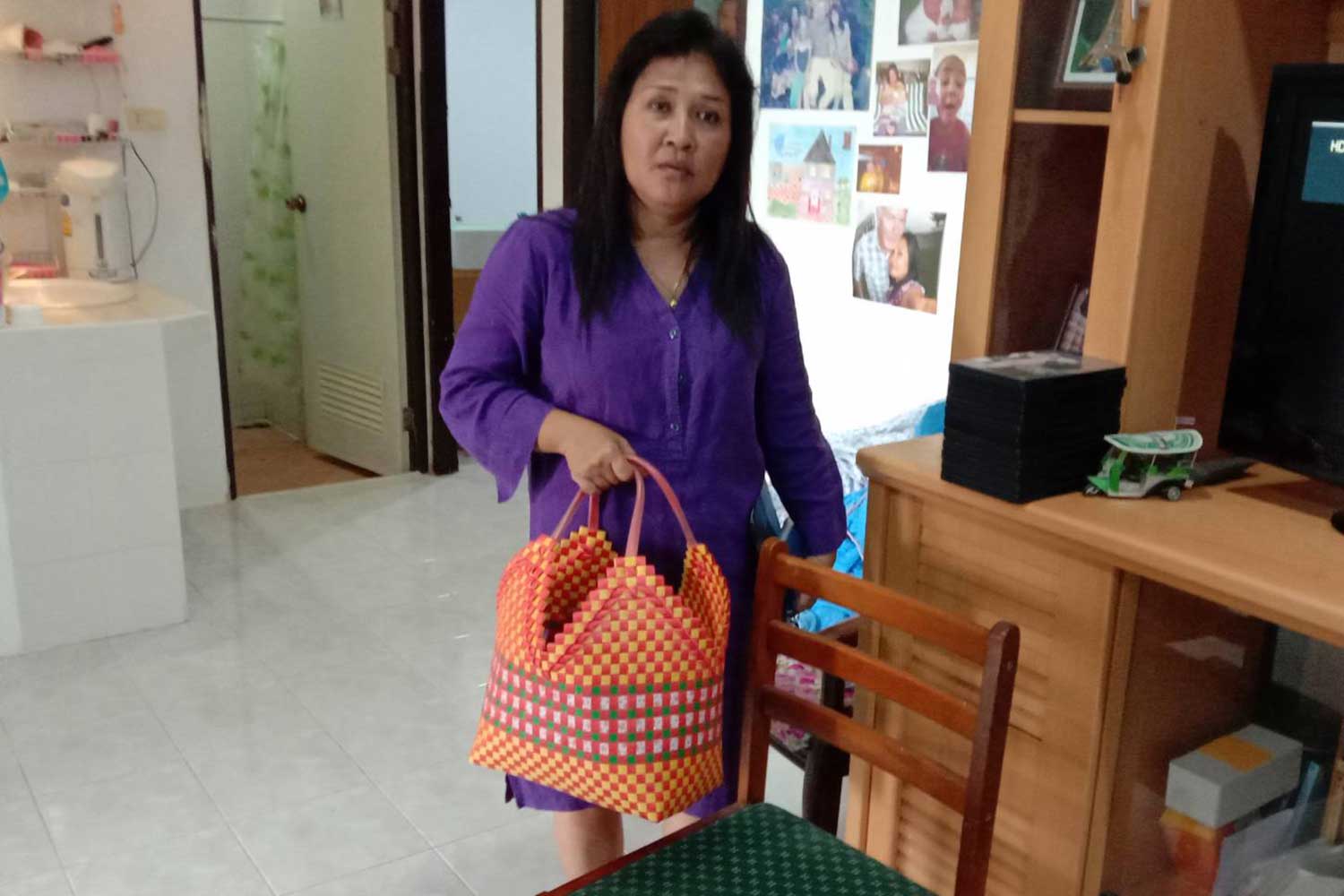