The prime suspect wanted for the murder of a teaching couple in Rayong has been arrested in Chiang Mai along with a man who is accused of helping him escape.

Police arrested Supakrit Sujasee, a native of Saraphi district in Chiang Mai, and Panuphong Bualoy in the early hours of Saturday while they were about to flee across the border to Myanmar, Thai media reported.

Mr Supakrit, 22, was wanted on a warrant on charges of premeditated murder and theft.

He is accused of killing Arocha Supanith, 33, a physics teacher at Assumption College Rayong, and his wife Preeyaporn Piang-ngam, 33, a mathematics teacher at the same private school.

The couple were found dead on Thursday with multiple stab wounds at their two-storey home in a housing estate in tambon Thapma in Muang district in Rayong on Thursday afternoon. Their 600,000-baht Ducati motorcycle was missing.

The stolen Ducati was found on Friday at a motorcycle shop in Chon Buri, and police subsequently received a tip that the suspect was near Don Mueang airport in Bangkok.

Police tracked the suspect and caught him and his friend in Chiang Mai. The two were later taken to Rayong for booking.

Local media reports said autopsy results showed bullets in the heads of the two slain teachers. It was believed the suspect shot the couple first before using a knife to stab them. Investigators say he then staged the crime scene to make it appear the couple had a quarrel which led to violence. A handwritten note posted on the door of the house was also intended to point to a domestic disagreement.

Neighbours earlier told police that they heard loud bangs like three gunshots on the night of the killings.

The suspect reportedly went to the couple’s home on the pretext of buying the motorcycle that Arocha had advertised for sale. Thai media reported that police had examined CCTV images which showed the suspect entering the teachers’ house and later riding away on the bike.

In Chai Nat, the parents of the slain physics teacher called on the court to sentence Mr Supakrit to death for the brutal killing of their son.

Samarn Supanith, 64, said he was delighted that police had made a speedy arrest. He tapped the coffin of his son to tell him the news. The killer deserved to be put to death, he said.

His wife Prachern Supanith, 62, said her son was cheerful and had no conflicts with anybody. She said that if she saw the suspect in person, she would ask him, “Why did you kill my son? Why did you take the life of a defenceless person? I don’t understand why a good person had to be killed by this sort of man.”

She called for the death penalty for the suspect, saying a life must be traded for a life.

The couple came to Rayong to take the body of their son to their home in Sapphaya district of Chai Nat for funeral rites that began on Friday night. Prayers are being held for five days before a cremation ceremony on Dec 6. 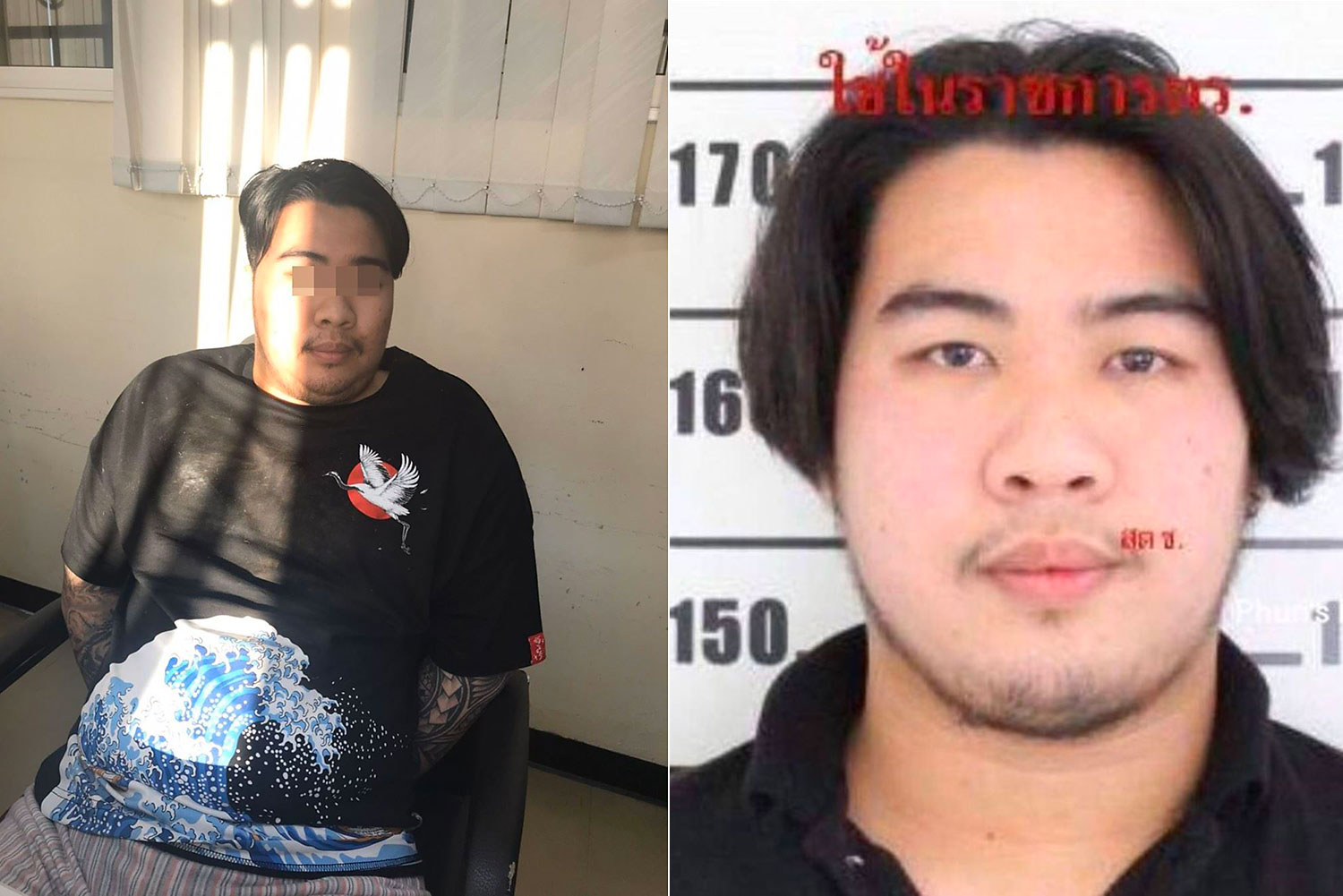