Arno Schuldt,55, a German national, explains how he was robbed on a road in Pattaya early on Tuesday. (Photo by Chaiyot Pupattanapong)

CHON BURI: A 55-year-old German man who relies on a walking aid has told police he was robbed by a "Thai dressed as a woman" who offered to help him as he was heading to a restaurant in Pattaya early on Tuesday morning.

Arno Schuldt filed a complaint with Pattaya police about 1.30am on Tuesday, saying he was robbed on Pattaya Klang Road in Bang Lamung district.

He was using a walking stick to assist his passage. A person in woman's clothes approached and offered to help him. She also hugged him. He thought she was just being kind and thanked her before going on to a restaurant he was heading for.

After having a meal, he reached for his wallet to pay the bill, and found it was missing, along with the 3,000 baht it contained. He believed the woman stole it.

Police were examining surveillance camera footage to confirm what happened and maybe identify the thief. 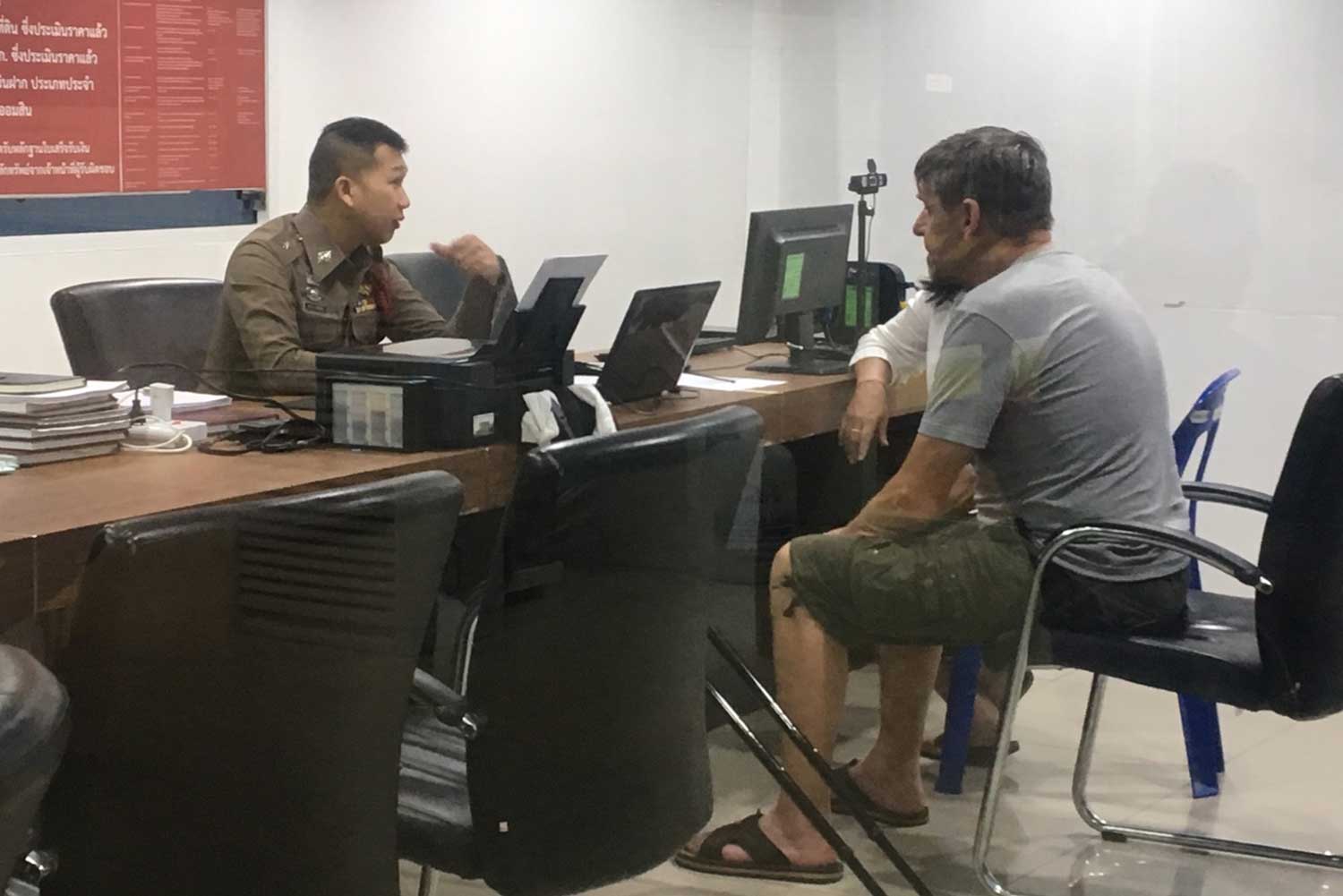