A member of the theft gang who allegedly broke into a house and stole a safe box containing cash and valuables worth about 10 million baht has been arrested in Bangkok after six months on the run.

Mr Mana, a native of Phangnga, was wanted under an arrest warrant issued by the Phuket provincial court on charges of colluding in theft and intrusion into a house of other people at night.

The arrest warant came after a group of suspects had cut open a padlock of a house in tambon Wichit of Muang district, Phuket, late on May 23 this year.

On Dec 2, investigators learned that Mr Mana had fled to Bangkok. They then coordinated with CSD police to arrest the suspect, who was caught in Bang Na on Tuesday.

During the interrogation, Mr Mana denied any knowledge of the theft but police were not convinced.

Mr Mana was handed over to Wichit police station in Phuket for legal action.

Pol Col Prawit Engchuan, investigation chief of Phuket police, said the investigation found Mr Mana and his accomplices might also be responsible for a string of house thefts in Bangkok and surrounding provinces in which the thieves took safe boxes.

The gang was also believed to have stolen a safe containing about 5-6 million baht from a house in Nong Khae district, Saraburi province. 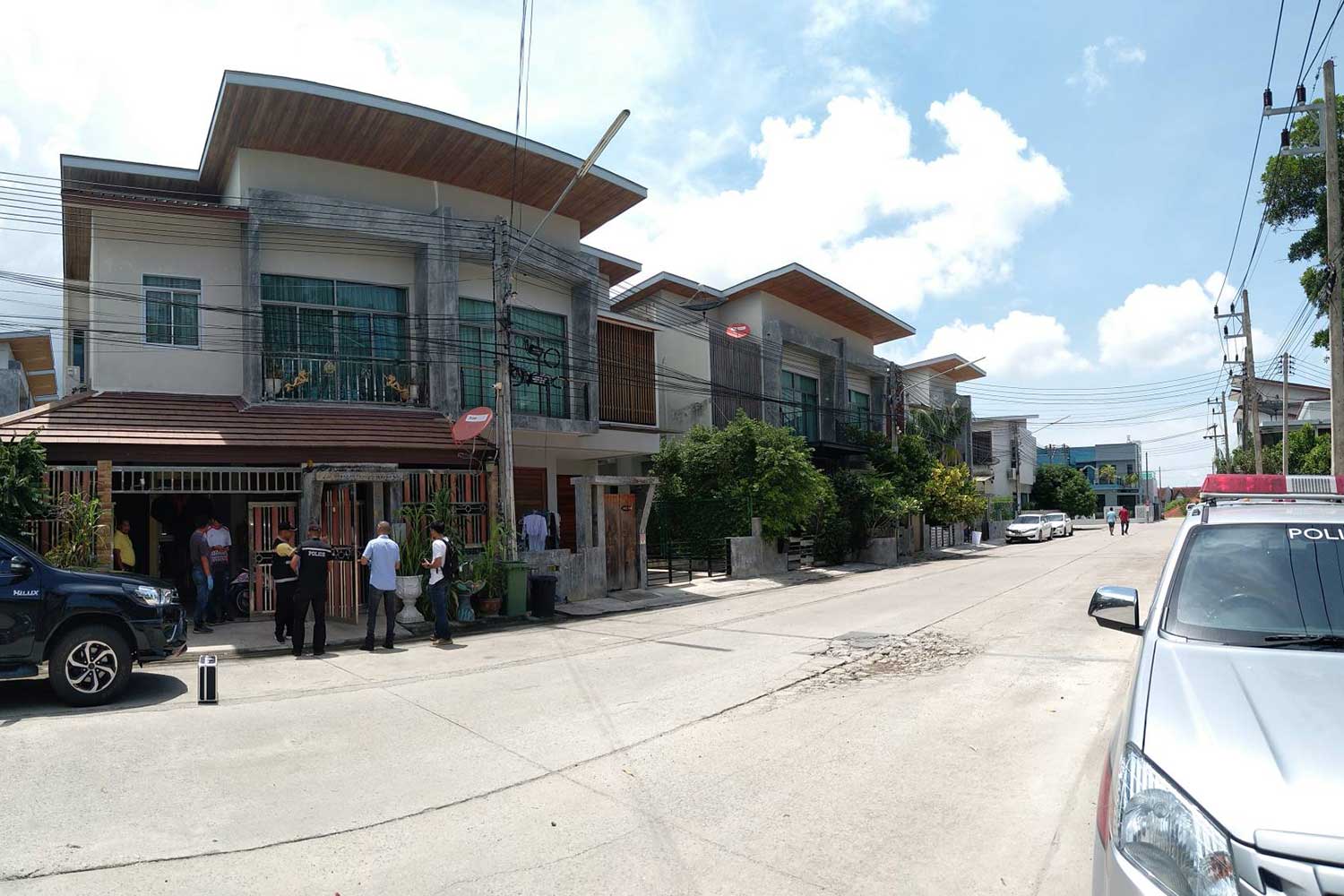 Police inspected a house in Phuket where a theft gang stole a safe in May. One of the gang members was later caught in Bangkok. (Photo by Achadtaya Chuenniran)

The Foreign Ministry says two Iranian prisoners were sent back to their home country this week to serve out their sentences under a bilateral agreement — and it had nothing to do with Tehran's release of a British-Australian academic.

An almost perfectly preserved whale skeleton thought to be between 3,000 and 5,000 years old has been discovered in Samut Sakhon, researchers say.