Honoured by Unesco, nation's capital has opportunity to be catalyst for the creative sector.

Majestic palace: A view of the two-century-old Grand Palace and its surrounding neighbourhood. Bangkok was honoured as a Creative City under the Design category in Unesco's Creative Cities Network on Oct 30.

What pictures come to mind when you think about the design of buildings and landscape in Bangkok? Are they images of pavements dotted with potholes and rows of amputated trees with spaghetti-knot power lines or does Bangkok's landscape display a hodgepodge of traditional and contemporary design with historical temples nestled among high-rises, and majestic royal palaces coexisting with modern-day architecture?

After all, beauty is in the eye of the beholder. Despite the fact that a debate on Bangkok's design aesthetics can go on without any reasonable and constructive conclusion, Unesco's Creative Cities Network (UCCN) on Oct 30 officially announced Bangkok as a Creative City.

Bangkok was chosen as this year's Creative City in the Design category. Meanwhile, Sukhothai province -- the capital city 600 years ago -- was justifiably selected for its crafts and folk art.

Also included in UCCN's list of Creative Cities this year were Ambon in Indonesia for its music, Beirut in Lebanon for literature, Bendigo in Australia for gastronomy, Cebu City in the Philippines for design, Hanoi in Vietnam for design, Havana in Cuba for music, and Mumbai in India for film. 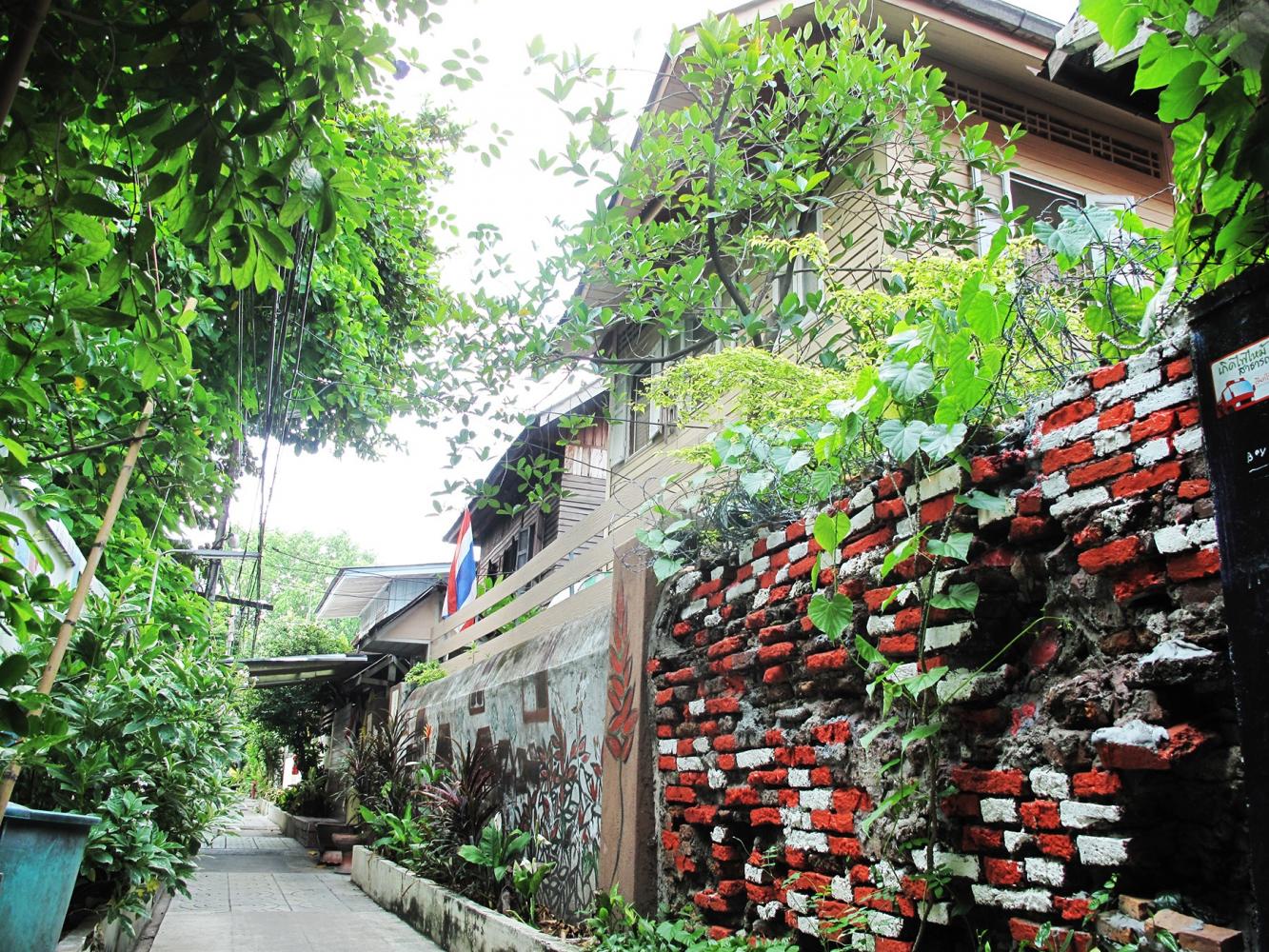 Apisit Laistrooglai, director of the Creative Economy Agency (CEA), a public agency which fosters urban initiatives, said Bangkok's status as a creative city would become a catalyst for change.

The CEA has been working with the Bangkok Metropolitan Administration (BMA) to nominate cities for Unesco.

"Being in Unesco's network of creative cities will help Bangkok obtain new knowledge and learn about strategies to develop the creative economy," Mr Apisit told the Bangkok Post.

"And that will boost Bangkok in terms of international tourism and its economy" he added.

Previously, 29 cities have been honoured as a UCCN creative city in the design category. 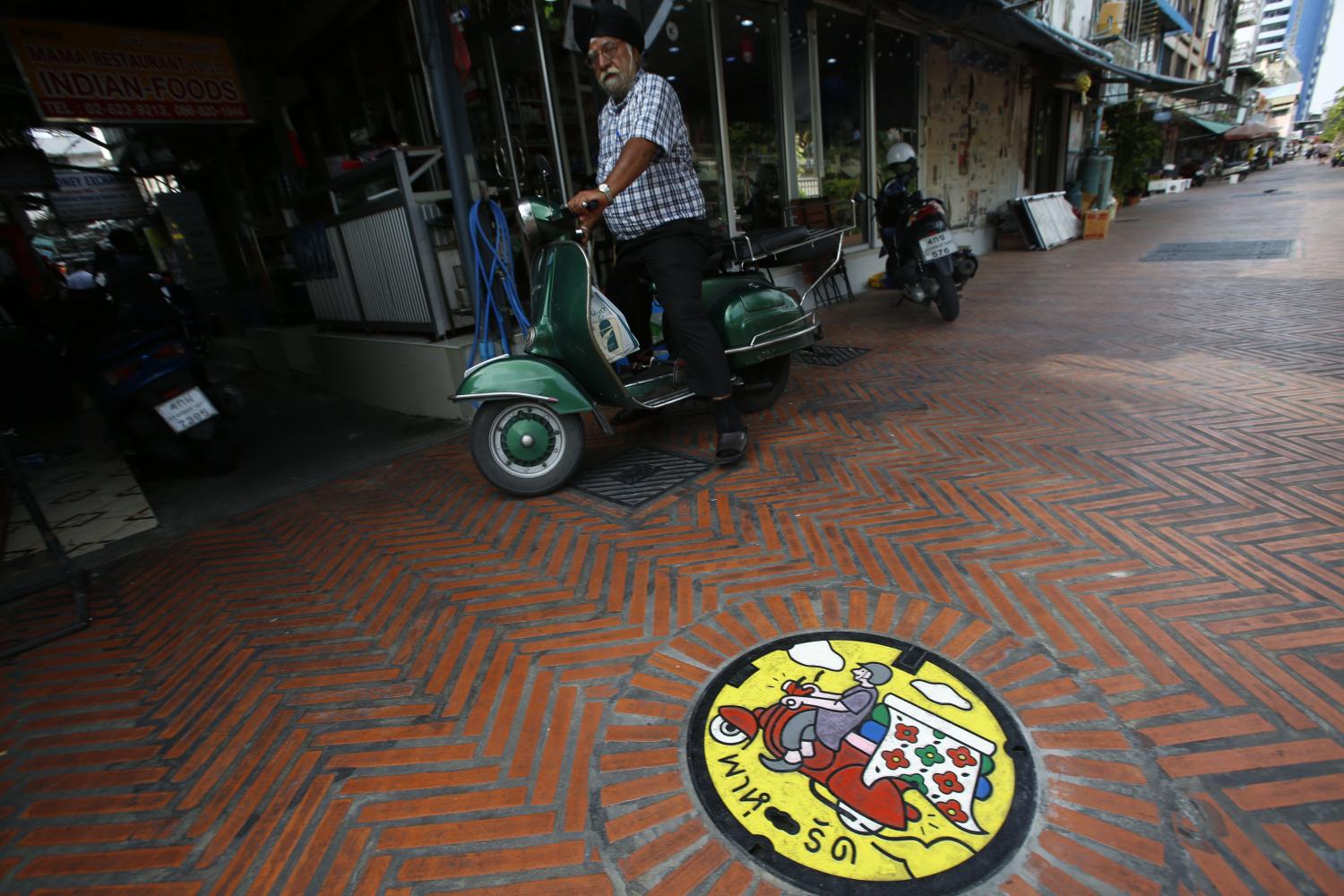 Time for a rejig: Pavement redevelopment in Phahurat, known as major textile market near the Yaowarat Chinatown area.

They are: Bandung in Indonesia, Beijing in China, Berlin in Germany, Bilbao in Spain, Brasilia in Brazil, Budapest in Hungary, Buenos Aires in Argentina, Cape Town in South Africa, Curitiba in Brazil, Detroit in the US, Dubai in United Arab Emirates, Dundee in Scotland, Geelong in Australia, Graz in Austria, Helsinki in Finland, Istanbul in Turkey, Kaunas in Lithuania, Kobe in Japan, Kolding in Denmark, Kortrijk in Belgium, Mexico City in Mexico, Montreal in Canada, Nagoya in Japan, Puebla in Mexico, Saint-Etienne in France, Seoul in South Korea, Shanghai in China, Wuhan, also in China, and Turin in Italy.

The UCCN announced about 246 cities in its list of creative cites which are divided into seven categories: Crafts & Folk Arts, Design, Film, Gastronomy, Literature, Media Art and Music.

The municipality of Phuket was honoured as a UCCN's Creative City for Gastronomy in 2015 and Chiang Mai for Crafts and Folk Arts in 2017.

These creative cities may range widely in terms of economic status and population, but they share a common goal, placing creativity and the creative economy at the core of their urban development plans.

Their aim is to make cities safe, resilient, inclusive and sustainable, in line with the United Nations 2030 Agenda for Sustainable Development.

"All over the world, these cities, each in their own way, make culture the pillar, not an accessory of their strategy," said Unesco director-general Audrey Azoulay as the agency announced its list on Oct 30.

This favours political and social innovation and is particularly important for the young generation," Ms Azoulay said.

Sakchai Boonma, deputy governor of the BMA, said Bangkok governor Aswin Kwanmuang had been pushing the idea for the city to apply for the Unesco tag. 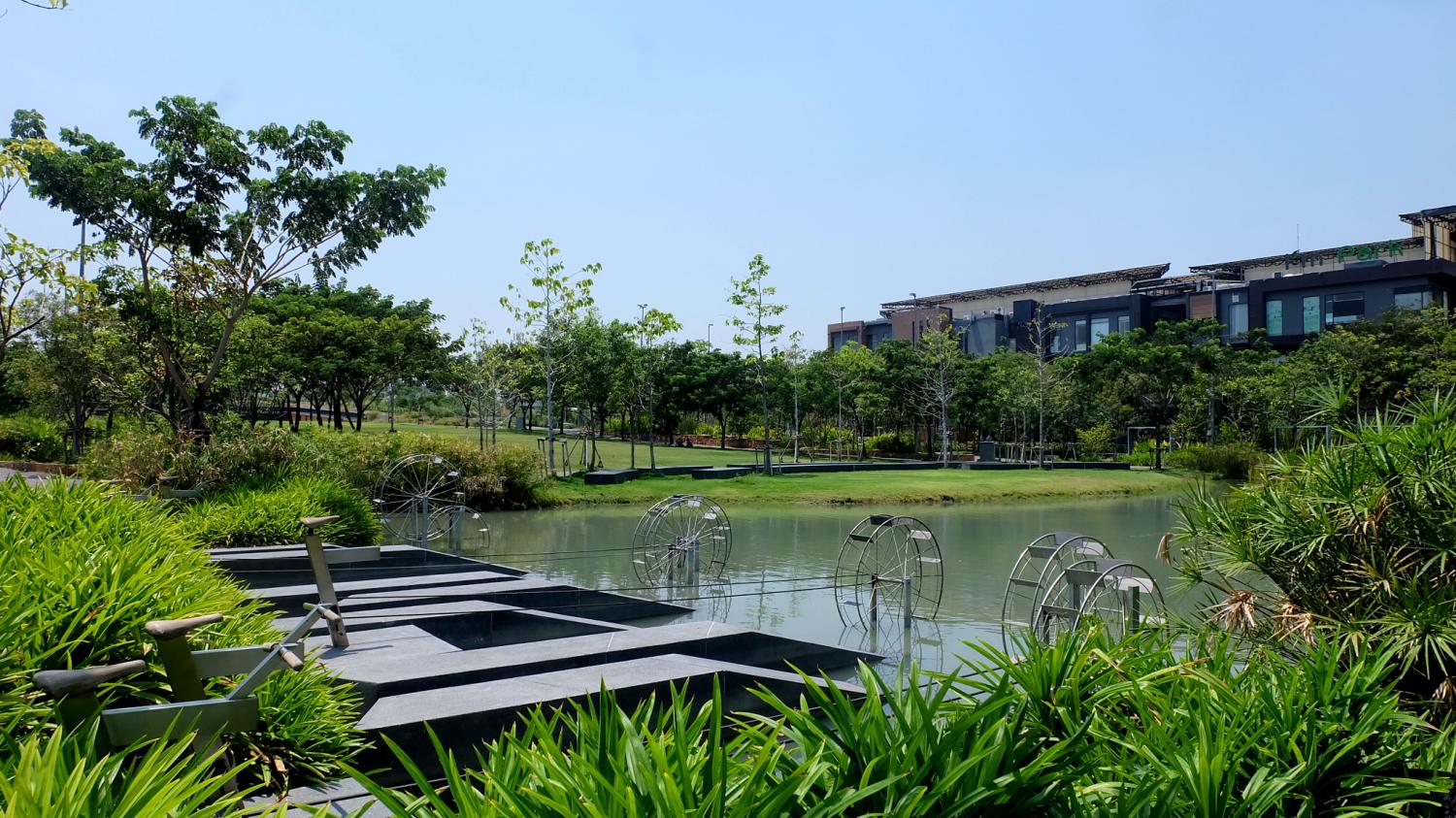 "Bangkok has enough cultural heritage, diversity of human resources and economic factors to enable design to become one of the pillars of its economy. The city is located in a good location ... a gateway between Asean and the world. For that, the country needs to develop pertinent infrastructure such as airports and related infrastructures which require design to make it work," he said.

"Design is not just an architectural product. It dovetails various disciplines such as architecture, interior design, landscape and town planning, communication, fashion and advertising art. These disciplines are vital tools that the city can use for development," he said.

"Design is not necessarily only limited to developing infrastructures like airports and buildings. Design and creativity can also be at the heart of developing gastronomy, film, music and other arts and these areas have already been major factors that drive our economy."

Next year, the BMA will propose five campaigns with UCCN. These projects will be registered as representatives of good design from Bangkok and will be subjected to UCCN as they monitor to ensure that Bangkok can live up to its creative city status.

Unesco reviews the status of creative cities in every four years. 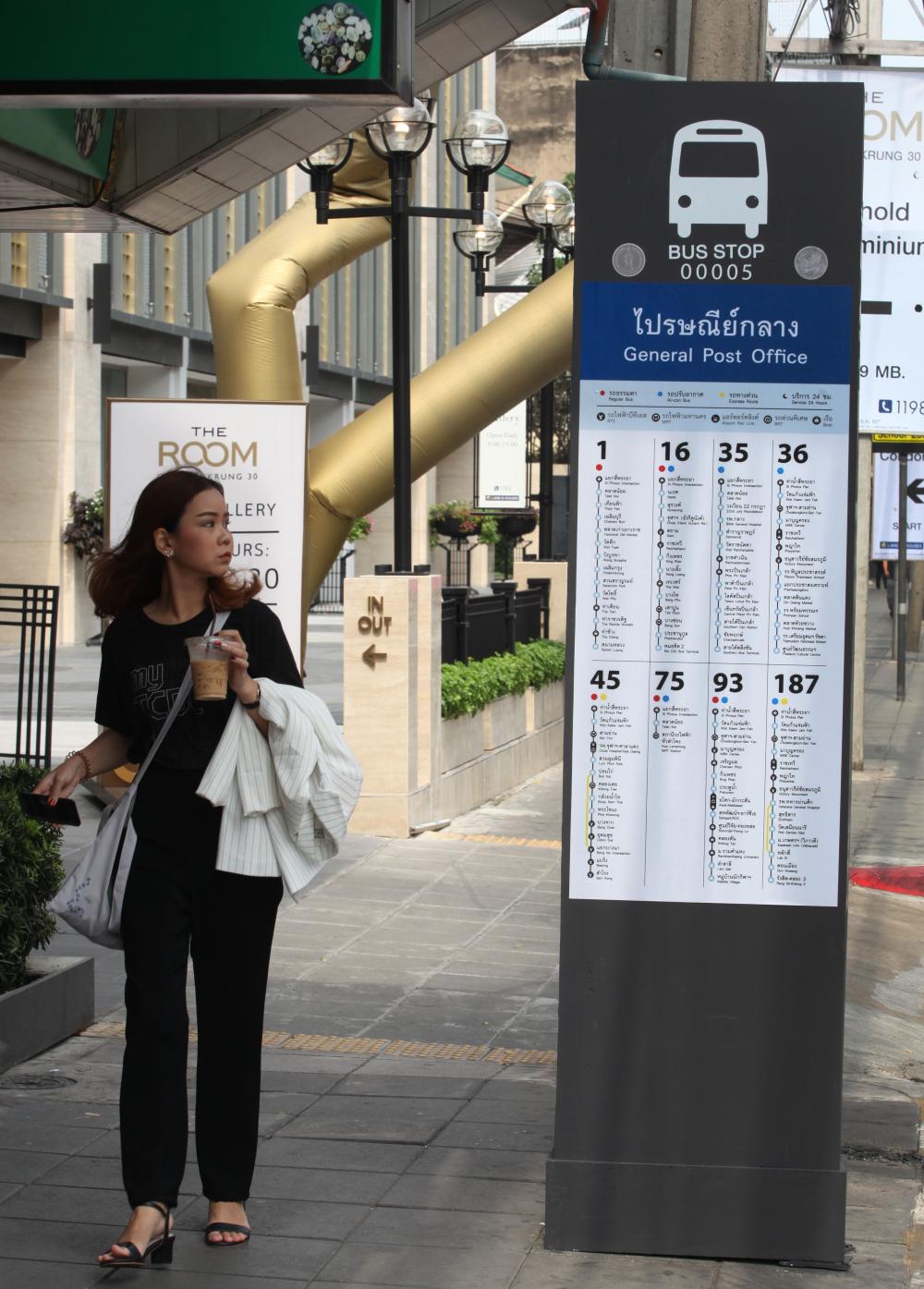 Information board: This newly designed map of the city's bus routes, installed at five bus stops on Charoen Krung Road, has been introduced on a trial basis.

The BMA will work with a network comprising civic groups, experts, communities and the private sector to help develop these projects with good design and public inclusiveness.

"Local people will be included in the process. The design will be developed to respond to the needs of the community..not from what the government wants.

"Many projects in the past have been built and deserted or even underused because it did not stem from the community's need and lacked community's input," he said. 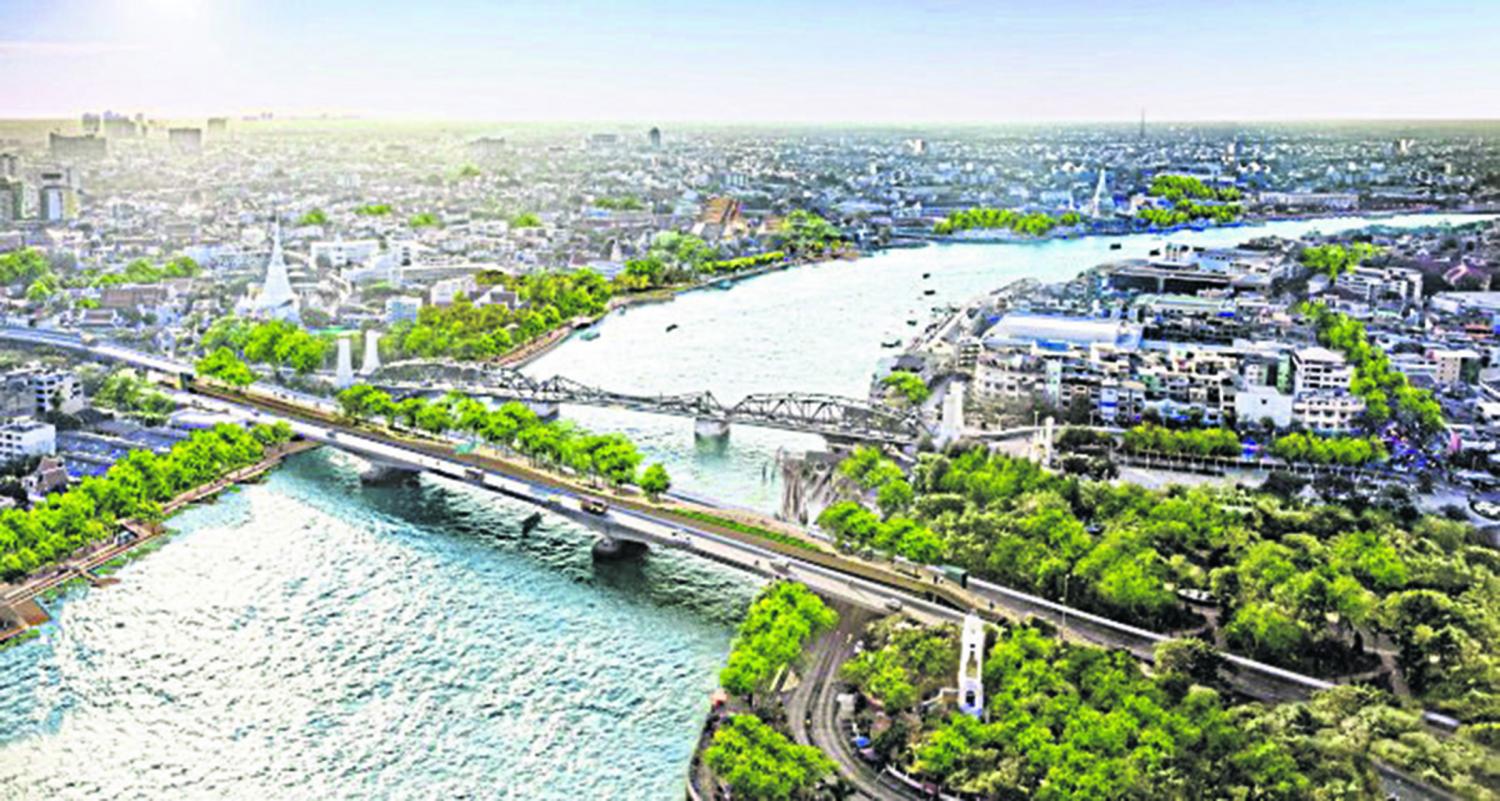 Bird eye's view: A conceptual design of the Sky Park set to be built on deserted mass transit pillars near Phra Pokklao Bridge in the Thon Buri area. The sky park is now under construction and expected to open in March 2020.

Only projects that come from a community need and are developed with their participation will be sustainable. "People will love infrastructure and take good care when they have a sense of belonging," said deputy governor Sakchai.

"The way to create a sense of belonging is by including people and letting them have a say in the design and development process," he added.