His Majesty the King, accompanied by Her Majesty the Queen, presided over the cremation ceremony of former privy council president Gen Prem Tinsulanonda at Wat Debsirindrawas on Sunday. (Photo by Pornprom Satrabhaya)

Mourners converged at Wat Debsirindrawas on Sunday to pay their last respects to former privy council president Prem Tinsulalonda in a ceremony presided over by His Majesty the King.

Mourners flocked to the temple for the royally sponsored cremation ceremony for the elder statesman, who died on May 26 from heart failure at Phramongkutklao Hospital. He was 98.

The urn containing the body of Gen Prem was moved from Wat Benchamabophit in a procession to Wat Debsirin for the cremation.

His Majesty the King, accompanied by Her Majesty the Queen, presided over the event to light the fire for the cremation. Acting Privy Council president Gen Surayud Chulanont was assigned by the King to cremate the body. 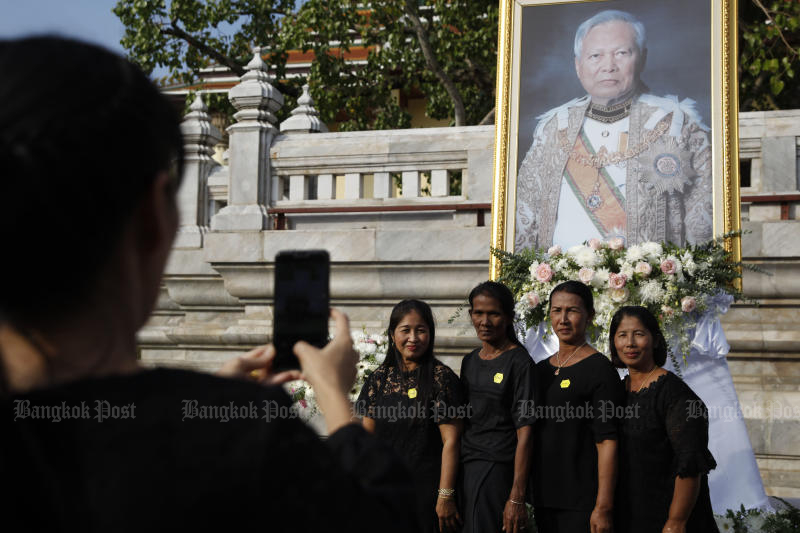