Justice Minister Somsak Thepsutin on Tuesday announces the seizure of assets and property worth 743 million baht from suspects in the Forex-3D Ponzi-fraud case. (Photo by Apichit Jinakul)

The Department of Special Investigation (DSI) has seized assets worth about 743 million baht from suspects in the investigation into alleged fraudulent dealings by unlicensed online broker Forex-3D.

The latest seizures were seven high-performance sports cars which had been parked in Sukhumvit Soi 24.

This is the third round of confiscations in the case.

The properties and assets taken so far only amount to half of the estimated financial losses reported by   investors in the alleged scam.

Forex-3D, run by Apiruk Kothi, turned out to be a Ponzi scheme that lured thousands of victims to invest in what they believed to be foreign exchange trading with false promises of high returns. So far, about 3,000 victims have reported losses to the DSI, which expects to wrap up its investigation by the end of the year.

It is estimated that the 3,000 victims invested 1.58 billion baht in total. 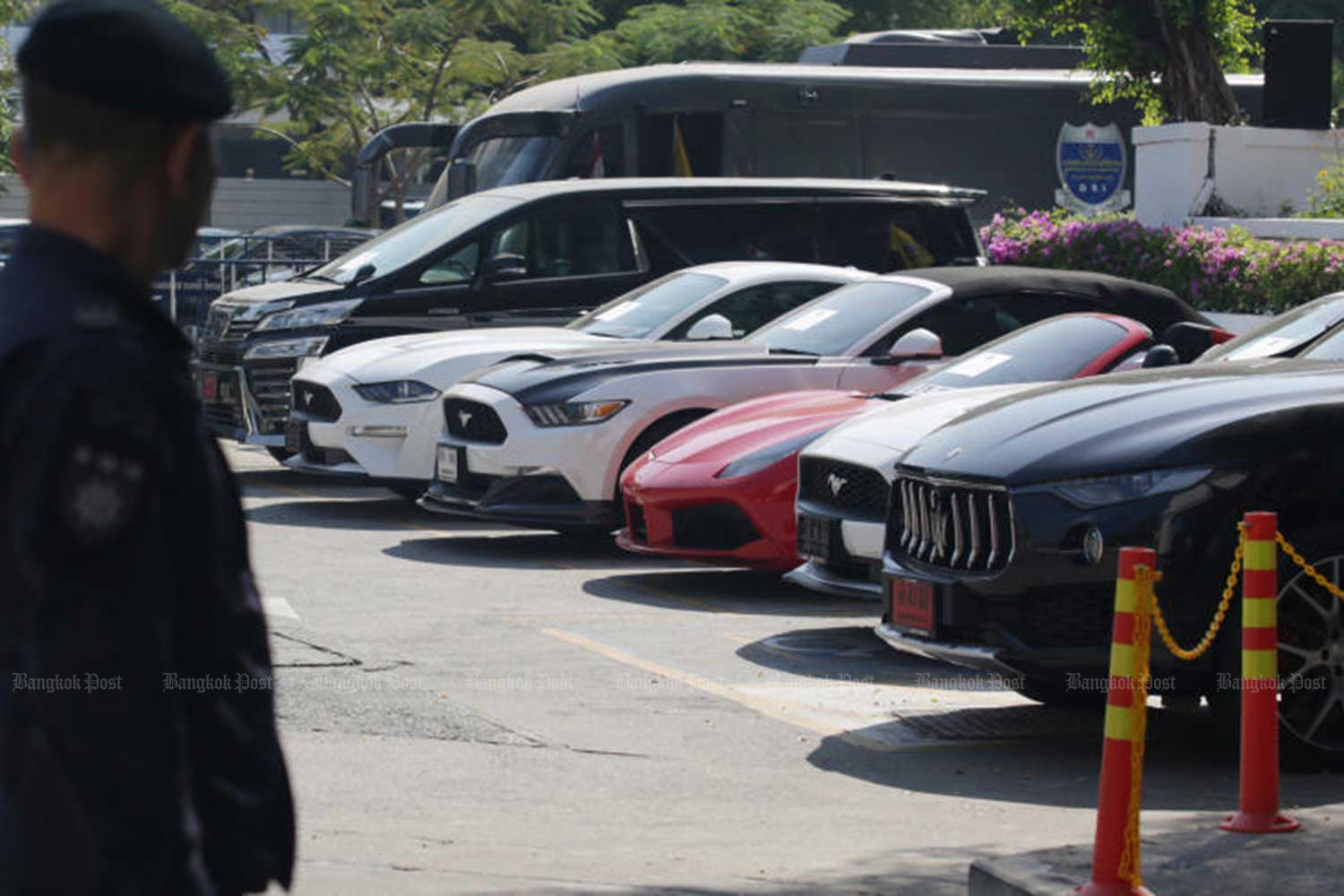 Some of the seven high-performance sports cars the Department of Special Investigation seized from suspects in the Forex-3D case. (Photo by Apichit Jinakul)