Fresh calls for bridge to Samui

SURAT THANI: Local tourism and health figures are calling for the construction of a bridge to link Koh Samui with the mainland, in a bid to boost tourism and speed up hospital transfers from the island.

Local operators have toyed with the idea, estimated to cost 30 billion baht, since 2017, and it was again raised on Tuesday during a meeting between a group of local tourism business operators and Tourism and Sports Minister Phiphat Ratchakitprakarn.

"The bridge will save a lot of travelling time for tourists as they will no longer have to wait in a long queue for a ferry," said Pracha Sonsuwan, a merchant living on Samui.

There are currently two main ways to travel to Samui -- by ferry from 5am-7pm or by plane.

According to the Tourism and Sports Ministry, about 2.6 million people visited Koh Samui last year, including 43% of all visitors to Surat Thani province, spending 64.7 billion baht.

The proposed bridge will also save lives too, according to Dr Khamrop Detrattanawichai, director of Samui Hospital, a local state-run hospital.

Each year, hospitals on the island use speed boats to transfer emergency cases to the mainland.

Some transfers at night or during rough seas can take up to six hours, according to Dr Khamrop.

Last year, 342 patients were transferred while 361 have already been transferred this year. 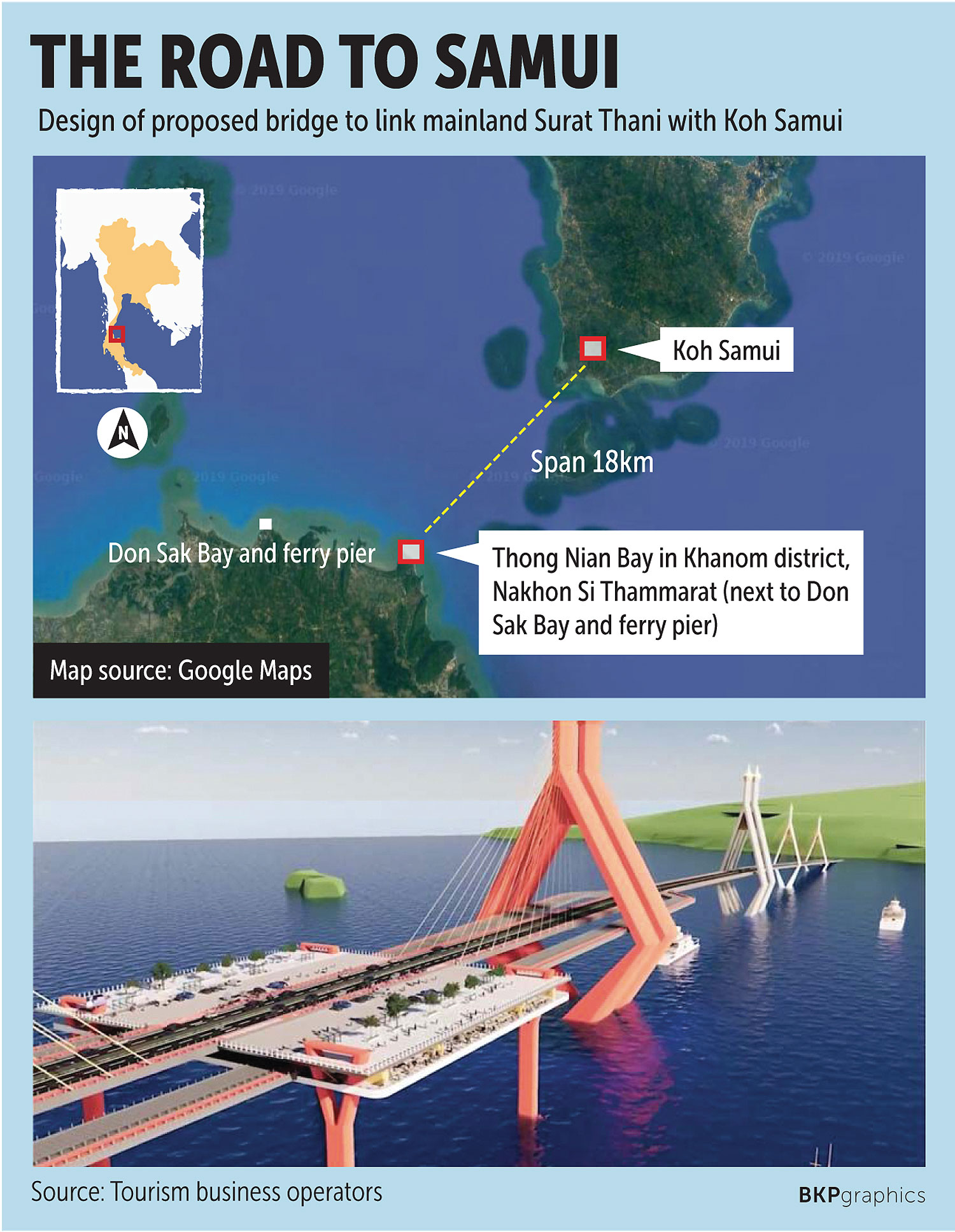