Mark on forehead leads to arrest of serial killer

Murder suspect Somkid Phumphuang sits on a train in this picture taken by a university student who recognised him from a 'wanted' poster.

NAKHON RATCHASIMA: A university student and his girlfriend never expected to board a train and sit opposite a man being hunted by police on murder charges.

The student, whose name and university were withheld for his safety, got on Bangkok-bound train No. 234 at Khok Kruat station in Muang district of this northeastern province at 8.37am with his girlfriend.

The two walked to the second car and sat opposite a man wearing a jacket, cap and mask.

His girlfriend noticed that the passenger looked suspicious and had a mark over his left eyebrow similar to Somkid Phumphuang, the man on the wanted list whose photos were released to the public by police.

The student said his girlfriend started feeling worried and asked to switch to another carrriage.

She then told him why.

The student walked back to the second car to take another look at the man -- who immediately lowered his cap to cover his face. 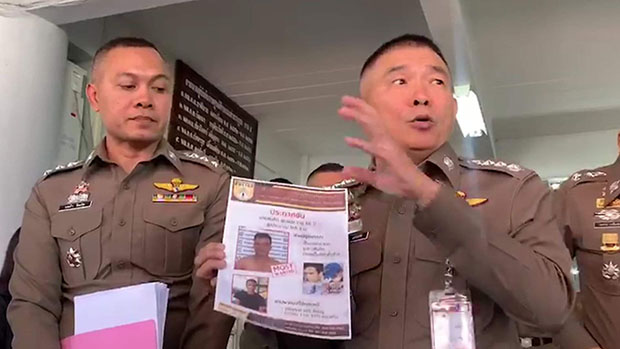 The student promptly took out his camera, took photos and a video clip and sent them to the Kranuan police station. The police chief there asked him to watch the murder suspect closely and report back regularly -- and tell him immediately if he left the train.

When the Ubon Ratchathani-Bangkok ordinary train arrived at Pak Chong station at 10.45am, police stormed on board to arrest Somkid.

"That mark over his left eyebrow confirmed to me that the man was Somkid," the student said.

Somkid had boarded the train at Buri Ram station and planned to alight at Ayutthaya. He is suspected of murdering Ratsami Mulichan in Kranuan district of Khon Kaen province on Sunday.

Somkid was granted early releas from life imprisonment in May for the serial murder of five people.

Croatia moved into the World Cup quarterfinals by beating Japan in a penalty shootout on Monday at Al Wakrah, Qatar.