Divers on Thursday continued the search for a missing crew member of a speedboat that crashed into a luxury yacht near Kor Khai Nok off Phangnga province on Wednesday afternoon. The speedboat captain was killed and 12 of the 45 tourists he was carrying injured. (Photo by Achadtaya Chuenniran)

The search continued on Thursday for a missing crew member of a speedboat that crashed into a luxury yacht near Koh Khai Nok, off Phangnga, on Wednesday, killing the captain and injuring 12 tourists.

The speedboat “Choksupasarn’’ - with 49 people on board, including 45 tourists -  left AA Marina pier in Phuket around 10am on Wednesday for a tour of Koh Khai Nok in Phangnga province. On the way back, near Koh Khai Nok. It crashed into the motor yacht Stella, under its Russian captain Alexander Gorbunov, 47.

The injured tourists are from Russia, Pakistan, Estonia, Iran, England and Egypt and are being treated at Thalang Hospital in Phuket.

Nobody on the yacht was injured, according to tourist police.

Pol Maj Gen Kritsak Songmoonnak, commander of  Tourist Police Division 3, said the injured tourists were rescued and taken to the yacht after the crash.

The missing crewman's father, Kittipong Samanbut, said his son had worked on the speedboat for just one month before the crash. He had not lost hope, he said .

The speedboat captain had been involved in earlier fatal crash at sea. His speedboat collided with a fishing trawler off Krabi in 2014. Two South Korean tourists were killed, and dozens injured.

At the time, Surat said he had bent down to pick something up while driving the boat from the Phi Phi islands to Phuket. When he straightened up he saw his boat was about to collide with a trawler.

He swerved to avoid it, but hit a trawling line. Two South Koreans fell into the sea and drowned.

He was charged with recklessness causing death. After serving time in prison, Surat returned to work as a speedboat driver, until his death in another crash on Wednesday. 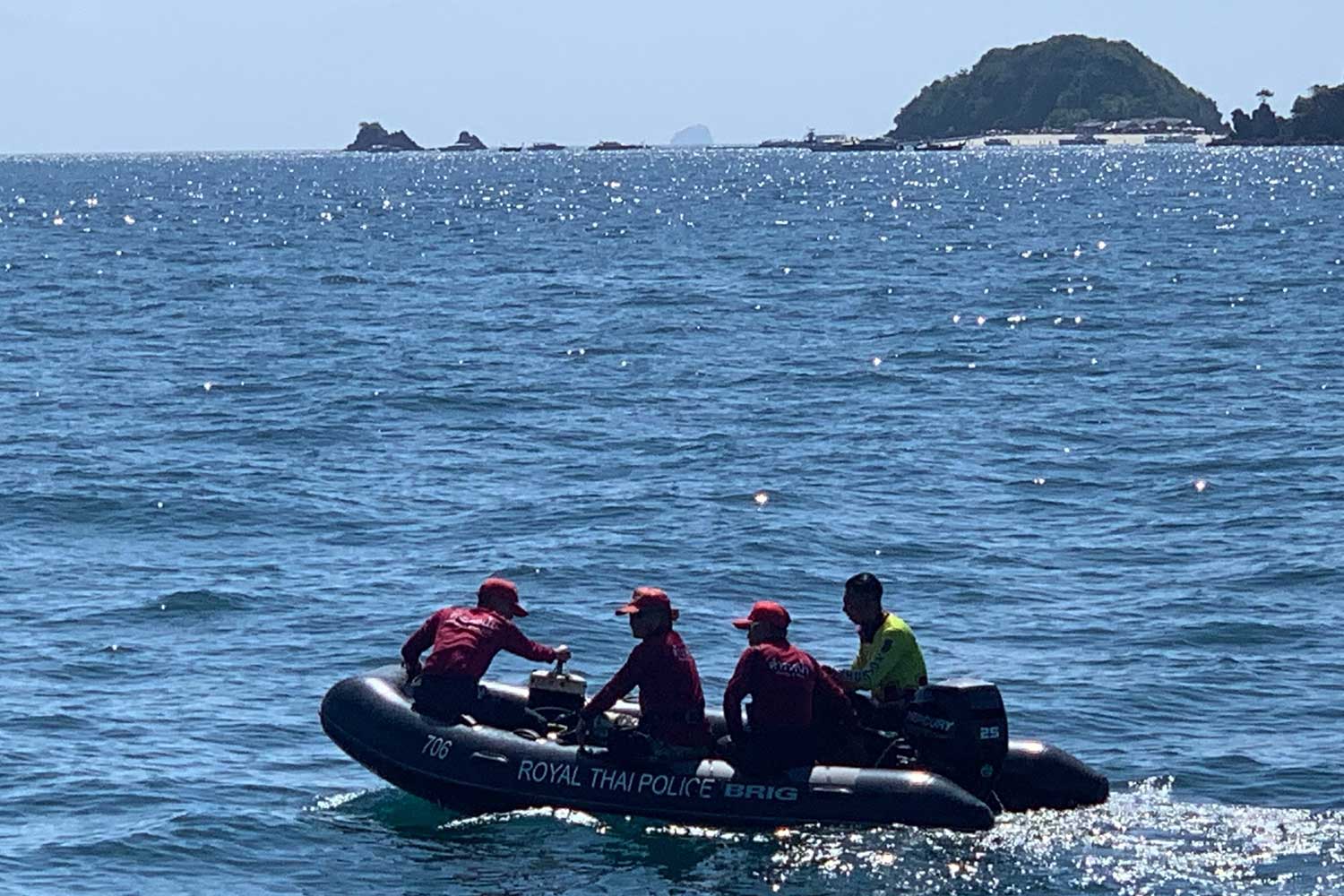