Michael Chour, 60, cries during an interview at his "The Sound of Animals" dog shelter in Ban Kruat district, Buri Ram, on Tuesday. (Photo by Surachai Piragsa)

BURI RAM: A 50-year-old Frenchman has denied he caged his Thai staff at his charitable stray dog shelter, saying the baseless allegation had affected its operation.

Michael Chour and his Thai wife on Tuesday denied accusations by staff that he put them in cages because he felt they were lazy and wanted them to get familiar with the dogs at "The Sound of Animals" shelter.

Speaking at the six-rai facility in Moo 1 village of tambon Prasat in Ban Kruat district, Mr Chour said that an online photo of his staff appearing to receive water in a cage was actually part of their normal work in caring for the dogs. He said he had never locked any staff in a cage.

"The locks are inside the cages and anyone can open them from the inside," he said.

During the interview, the Frenchman burst into tears, saying his 15 Thai employees stopped working and consequently about 200 dogs were not getting adequate care.

His wife Thanyanant, 35, said they were not rich. A British donor supported the purchase of the land for  the animal shelter, construction of its facilities and wages for the staff. The accusations circulating on social media had already affected donations to the shelter.

She also denied the accusation her husband gave a lethal injection to a dog, saying he only sedated his friend's pet dog because it developed symptoms similar to rabies.

It was reported that the Buri Ram provincial livestock development office earlier filed a complaint with local police, accusing the dog shelter's owner of giving unauthorised medical treatment to animals.

Konan Phumphan, secretary of the dog shelter, said on Tuesday that staff wanted the couple to provide them with standard welfare benefits under the law.

Provincial labour official Natdanai Nammala said the property was registered as an animal shelter. He would check if its operations were charitable or aimed at profit-making.

After wedding his Thai wife many years ago, Mr Chour was publicly seen feeding stray dogs in his locality. Later, funds were raised for the development of his dog shelter. 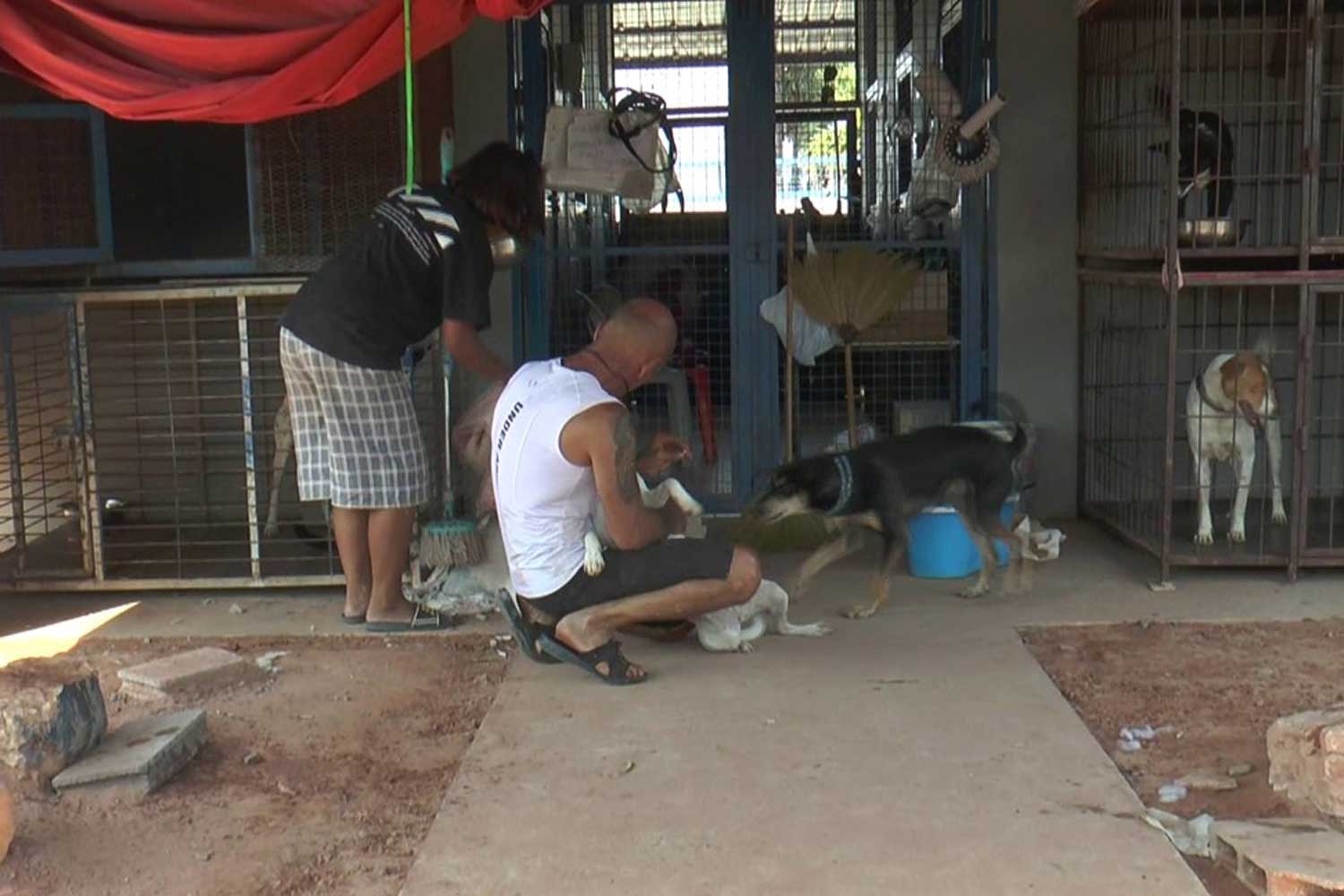