It seems 2019 was not the best year for the education system as Thai students still performed below the international average. Meanwhile, The Education Ministry's plan to merge small-sized schools with fewer than 40 students into larger ones sparked protests. Another issue was the school lunch scandal which sparked outrage when several schools nationwide served substandard lunch meals. On the bright side, the Education Ministry announced plans to introduce a bilingual education programme in about 2,000 public schools in the next academic year. 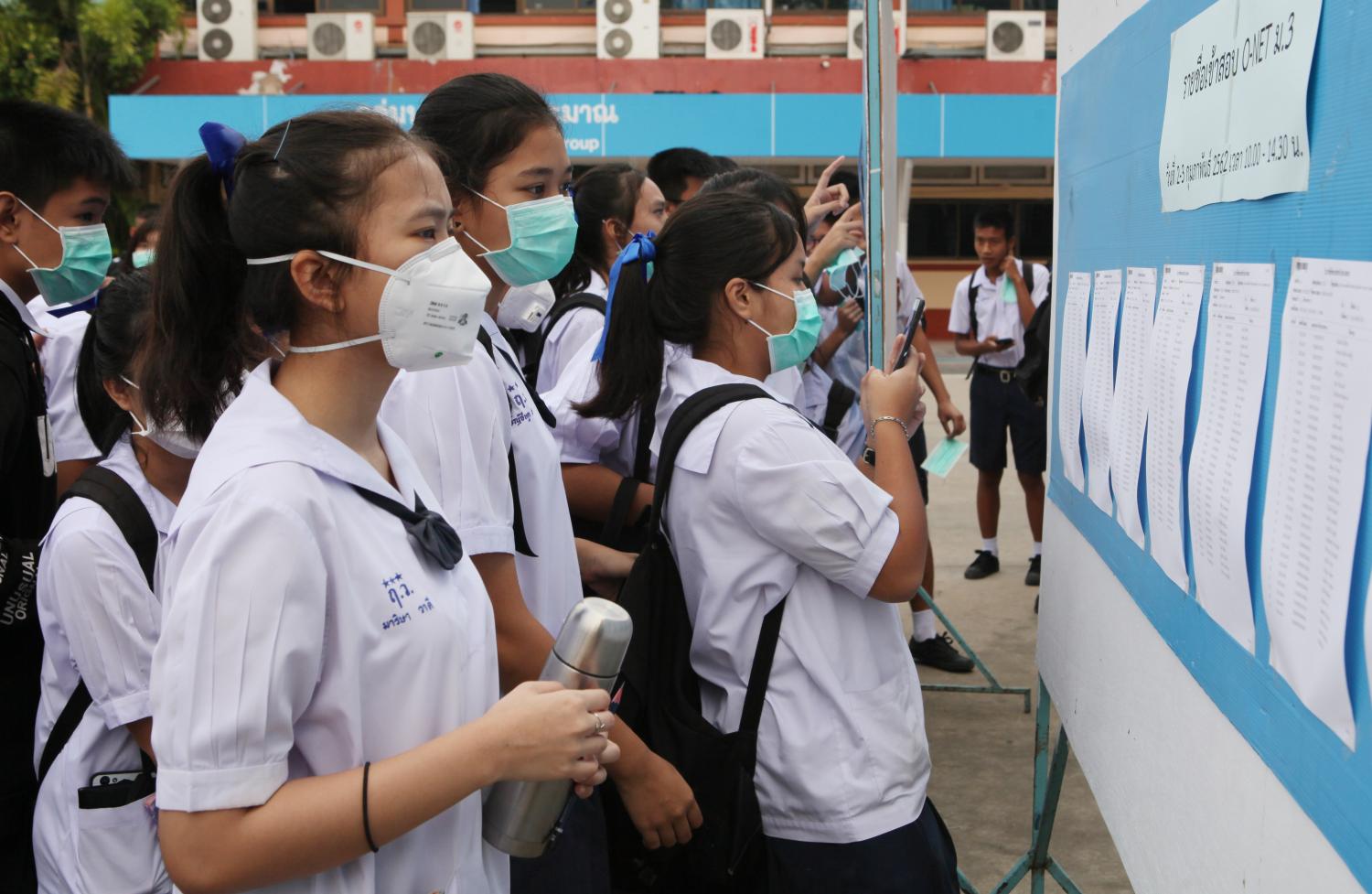 According to the evaluations, Thai students underperformed in reading, mathematics and science compared to most countries participating in the evaluation.

The Pisa tests evaluate education systems worldwide by measuring basic skills and knowledge among 15-year-old pupils and their readiness for adult life.

About 600,000 pupils from 79 countries, including 37 OECD nations, completed the latest test, which focused primarily on reading ability.

Since Thailand started taking part in the OECD's Pisa test in 2000, Thai students' scores have never met the international average.

In comparison to the previous test in 2015, the reading score of Thai students dropped by 16 points, while the sciences score increased 4 points and the mathematics score rose by 3 points.

Many educators said it is worrying to see a significant drop in pupils' reading scores given that reading is a basic skill and capacity that can help students understand, use and reflect on written texts to achieve learning goals and develop knowledge and analytical skills.

However, Education Minister Nataphol Teepsuwan, responding to the results of the Pisa tests, said he is proud of small improvements in the scores in sciences and mathematics.

This reflects the Education Ministry's success in sciences and mathematics development over the past several years, he said.

Also, some education officials came out to defend the quality of Thai education, saying that scores of students from famous schools -- which give high priority to sciences and mathematics -- and from university demonstration schools are on par with or better than that of countries ranked top in the tests.

The Office of the Basic Education Commission, meanwhile, has vowed to strengthen students' reading skills, saying critical and analytical reading would be promoted more among Thai students. 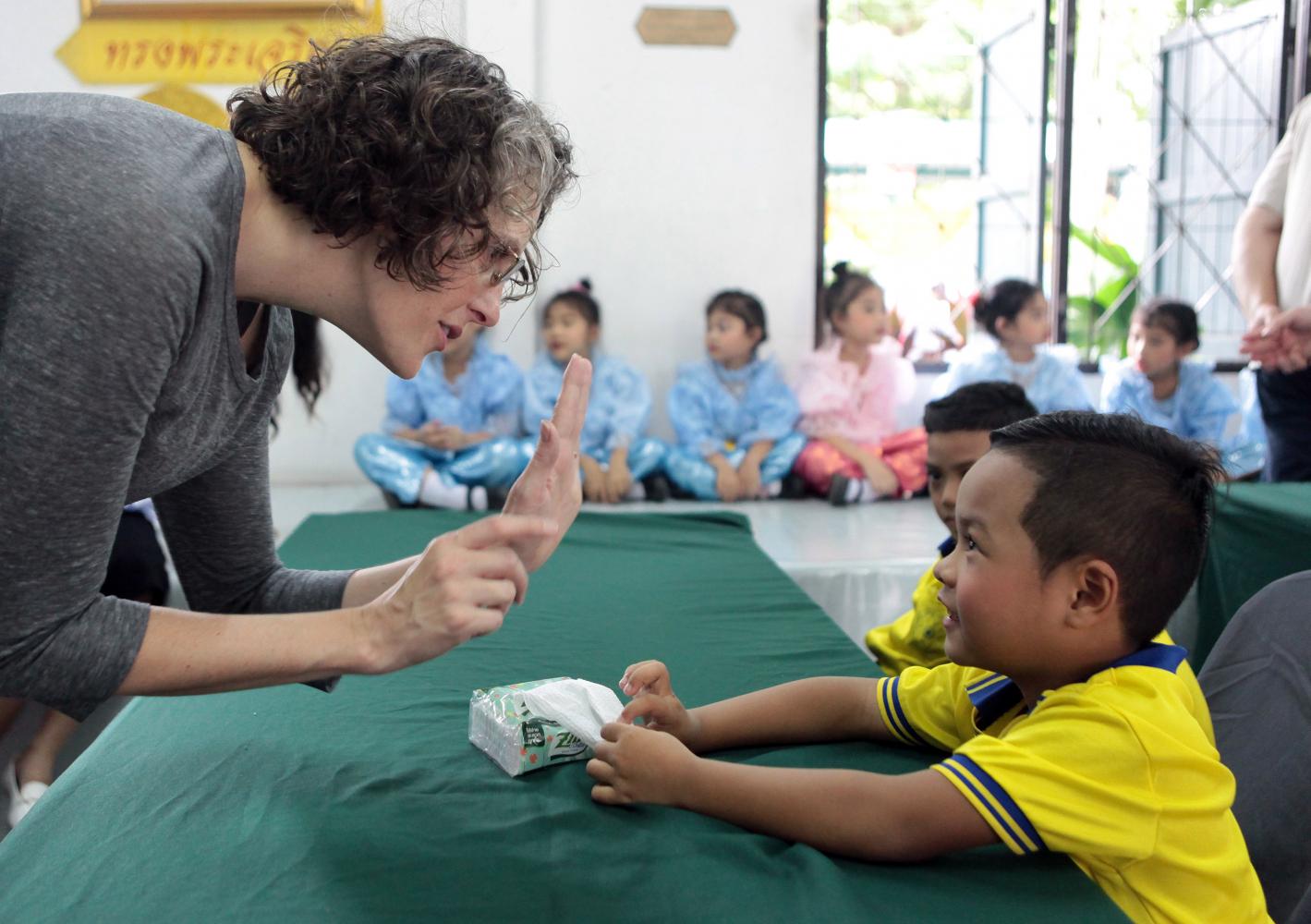 2. Thailand's English proficiency has fallen for the third year in a row, according to the annual English Proficiency Index conducted by the global education company EF Education First.

The report showed Thailand dropped to 74th out of 100 countries with a score of 47.62, which is considered "very low" proficiency.

Thailand has the third-lowest score in Southeast Asia, behind Indonesia and ahead of Myanmar and Cambodia, and ranked 17th out of 25 countries in Asia.

The report warns that countries like Thailand and Cambodia with economies that rely heavily on tourism could suffer from lack of English proficiency.

With English as the de facto international language, tourists may choose a competing destination where it's easier to get by with only English.

Responding to the results of the English Proficiency Index, Mr Nataphol said he plans to introduce a bilingual education programme in about 2,000 state schools nationwide as part of its efforts to streamline the education system to meet changing demands in the labour market.

He said the programme will be implemented at district-level schools in the next academic year, adding that the scheme is part of the ministry's broader efforts to prepare the young for the labour market.

"If we invest in second-language education, our children's skills will improve. However, the ministry doesn't have enough funds to implement the scheme in every school. I'll try to implement it in as many schools as possible," he said.

The ministry plans to allocate funds to expand the scheme beginning in the 2021 fiscal year.

Mr Nataphol said several schools currently provide a bilingual education programme but the curriculum may have to be improved to ensure results.

In addition, Obec is now in talks with foreign embassies to find more English teachers.

"What we found is that despite Thai students passing the B2 Level, they do not always communicate efficiently with native speakers. So we need English speaking teachers to boost their English language skills," Mr Nataphol said, adding that the ministry will ask the Philippine embassy for help with procuring teachers. 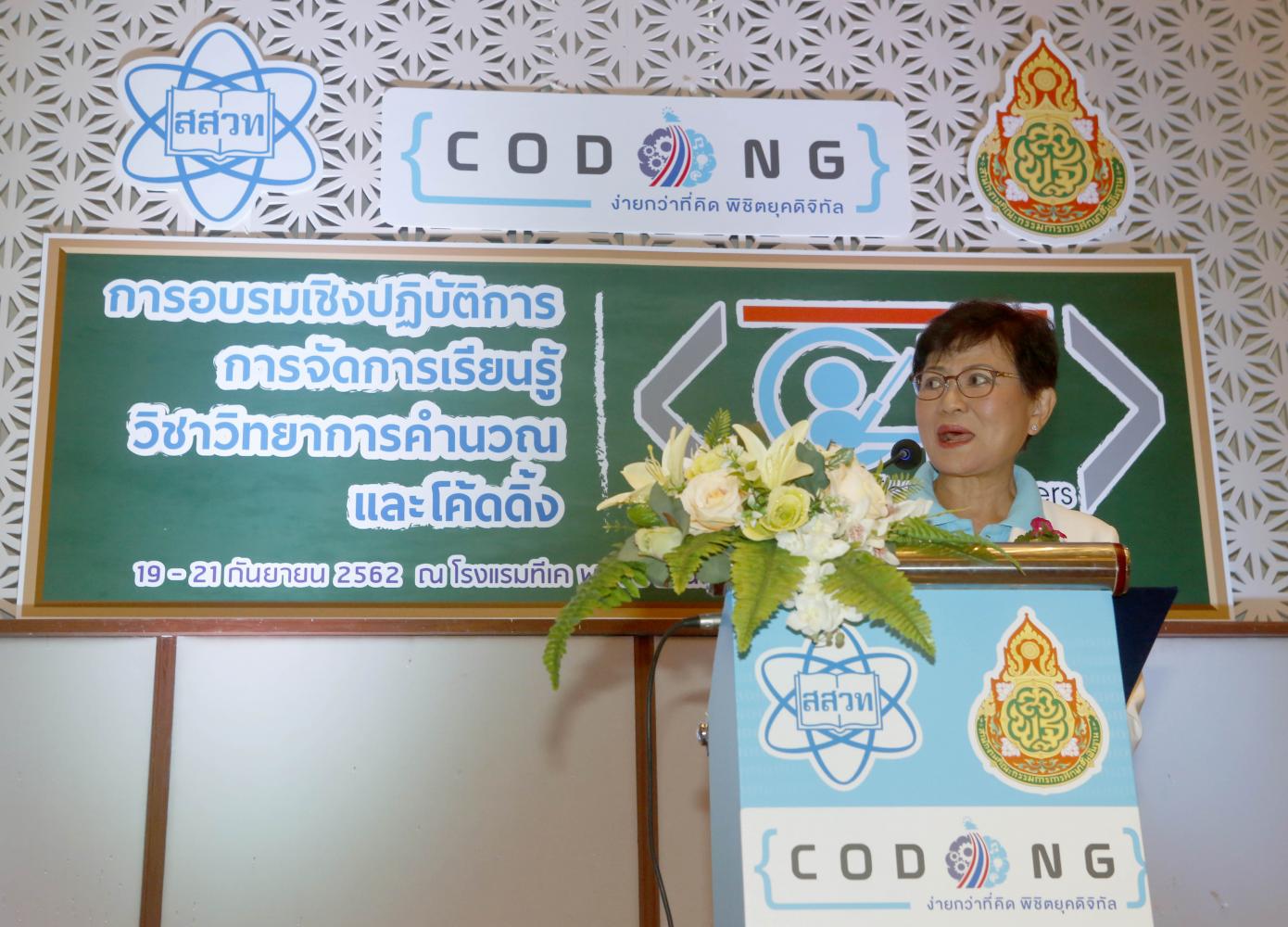 3. The Education Ministry announced its plan to merge 5,447 small-sized schools into larger ones over the next three years to improve the quality of education.

Mr Nataphol said the ministry would consider the merger case by case instead of using the same criteria nationwide.

For example, schools on islands and on mountaintops would be exempt.

"Reducing the number of schools will allow us to improve the allocation of our resources."

A study by the World Bank showed that Thailand has one of the smallest class sizes in the world at the primary level, with one teacher for every 14 primary school students.

However, the country is struggling with a severe teacher shortage problem, and the quality of instruction -- especially in smaller, rural schools -- is still far from impressive.

"We cannot expect good results from students who study in schools where one teacher is responsible for teaching all of the subjects," Mr Nataphol said.

"This is why we need to close these smaller schools and merge them with larger ones nearby, so all students can benefit from better instructions."

The minister said both students and teachers from small schools affected by mergers will have nothing to worry about, because everyone will be transferred to larger schools without anyone being left behind.

However, the plan has prompted worries among teachers and school administrators at small schools about how exactly the resources will be allocated and how the schools will be run after the merger.

As a result, the Federation of Teachers Associations of Thailand is now planning a gathering of teachers from across the country to submit its petition to various House committees as well as the Education Ministry, calling on them to suspend the mergers until there is a clear plan to mitigate the negative impacts. 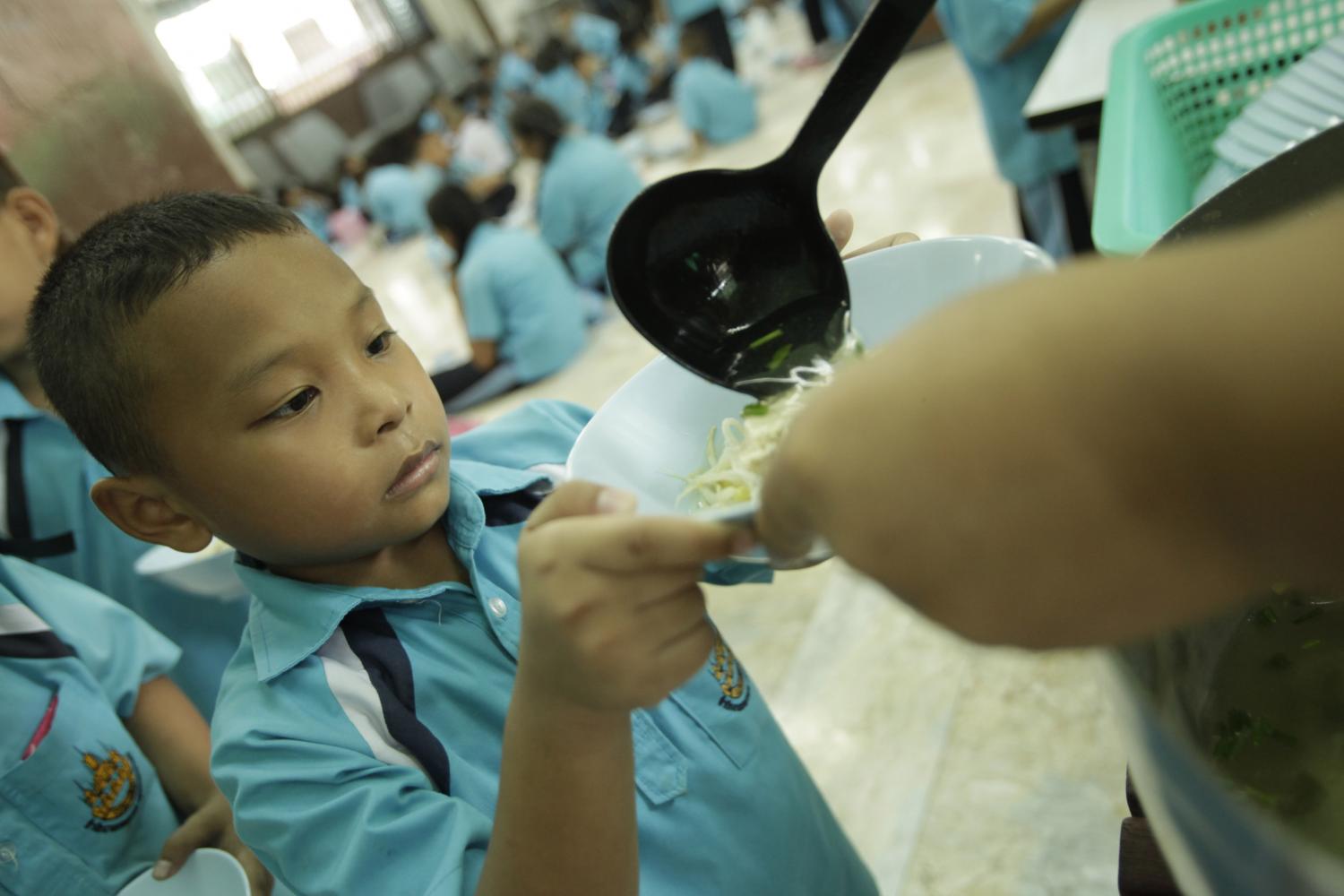 4. In accordance with the Thailand 4.0 Policy, this year the Education Ministry has started teaching coding to students in the first through third grades.

"We want coding to be taught at as many schools as possible because coding is now a necessary skill for the 21st century," said Kalaya Sophonpanich, the deputy minister of education who is overseeing the project.

Ms Kalaya said the public has taken to computers, social media, and mobile technologies with a passion. Coding and programming, however, require a higher level of knowledge and skills that is not yet as widespread among Thailand's young people as in some more developed countries.

The government is intent on building a digital economy as part of its 20-year national strategy to raise Thailand's development to a more advanced level.

Ms Kalaya said she recognised that not all Thai primary schools are ready to take part in the programme. Some may lack the resources at present, so only those that are prepared would join in the first phase.

To start, about 1,000 primary school teachers nationwide will be trained at the Institute for the Promotion of Teaching Science and Technology to turn them into "master trainers".

Those master trainers will then be sent among the 30,000 primary schools nationwide to train other teachers along with students.

Ms Kalaya said that if the initial phase is successful, the programme would be expanded to cover middle schools and high schools.

Several countries have a head start in teaching children to code. South Korea began working the subject more heavily into elementary and middle school curricula in a 2007 review of its educational system.

In 2014, the UK introduced programming into mandatory education for students aged 5 to 16. 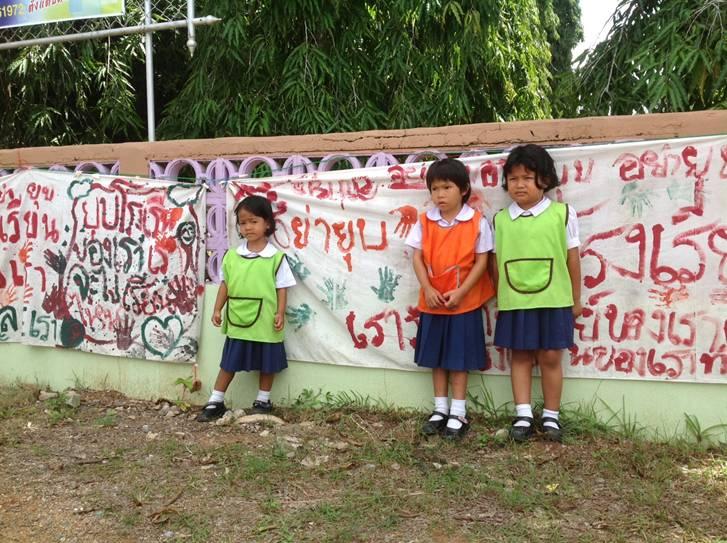 Girls at a school in Satun stand in front of banners opposing the merger of small schools. More than 5,000 small-sized schools are facing the possibility of mergers. LAMPHAI INTATHEP

5. This year, many schools across the country have been accused of not properly using the state funds for meals, and instead misusing or siphoning off the rest.

According to the NACC, the management of each school only spent part of their allotted budgets and could not explain where the rest of the money went.

Some schools claimed that they did not embezzle it, but spent the rest of the lunch money on other student activities, such as sports.

The findings are another blow to the credibility of the state-run school lunch programme.

Since 1999 when it started, the government has provided at least 20 baht per pupil per day for students at preschool to elementary levels.

In July, the Office of the Basic Education Commission (Obec) also transferred the director of Maheyong Municipality School in Nakhon Si Thammarat province to an inactive post after a video clip went viral showing a student with only rice, a soup containing vegetable scraps and watermelon for lunch.

Another director of a primary school in Surat Thani was also suspended after parents complained the school was feeding students lunches consisting of khanom cheen noodles mixed with fish sauce instead of proper curry.

Gen Anupong said school directors have been instructed to ensure that contracts signed between school directors and caterers should include terms that allow schools to scrap the contracts if meals are found to be of insufficient quality.

TCRB partners with Community Development Department to provide Tang To