The wreackage of a van after it hit two roadside power poles on its way from Phuket airport to a local hotel in Phuket province on Monday morning. Its 23-year-old driver was seriously injured and believed to have dozed off. Three of five Chinese tourists he picked up were slightly hurt in the crash. (Photo by Achadtaya Chuennirun)

Road accidents numbered 1,988, killing 208 and injured 2,031 others during the four days of New Year travel from Friday to Monday.

Vittawan Sunthornkajit, director-general of the Probation Department, said on Tuesday casualties remained high even as authorities tried hard to campaign for road safety.

On the first four days of the safety-campaigned seven-day period, Bangkok saw the highest death toll of 11. The number of injured people peaked at 66 in Nakhon Pathom province west of Bangkok. The highest number of accidents, 61, happened in Chiang Mai, the popular tourist destination in the North. Sixteen out of 77 provinces in the country remained free of death from traffic accidents.

Tuesday would see stronger efforts to campaign for road safety because most people would be celebrating the New Year transition and thus be more vulnerable to road accidents, Mr Vittawan said.

On Monday alone, there were 485 road accidents in which 48 people were killed and 484 others were injured. Drink driving remained the most common cause, resulting in 33.2% of the accidents, followed by speeding (28.7%). Motorcycles were involved in 81.8% of them.

From Friday to Monday, 4,856 people were prosecuted for drink driving and 63 of them were repeat offender, Mr Vittawan said. 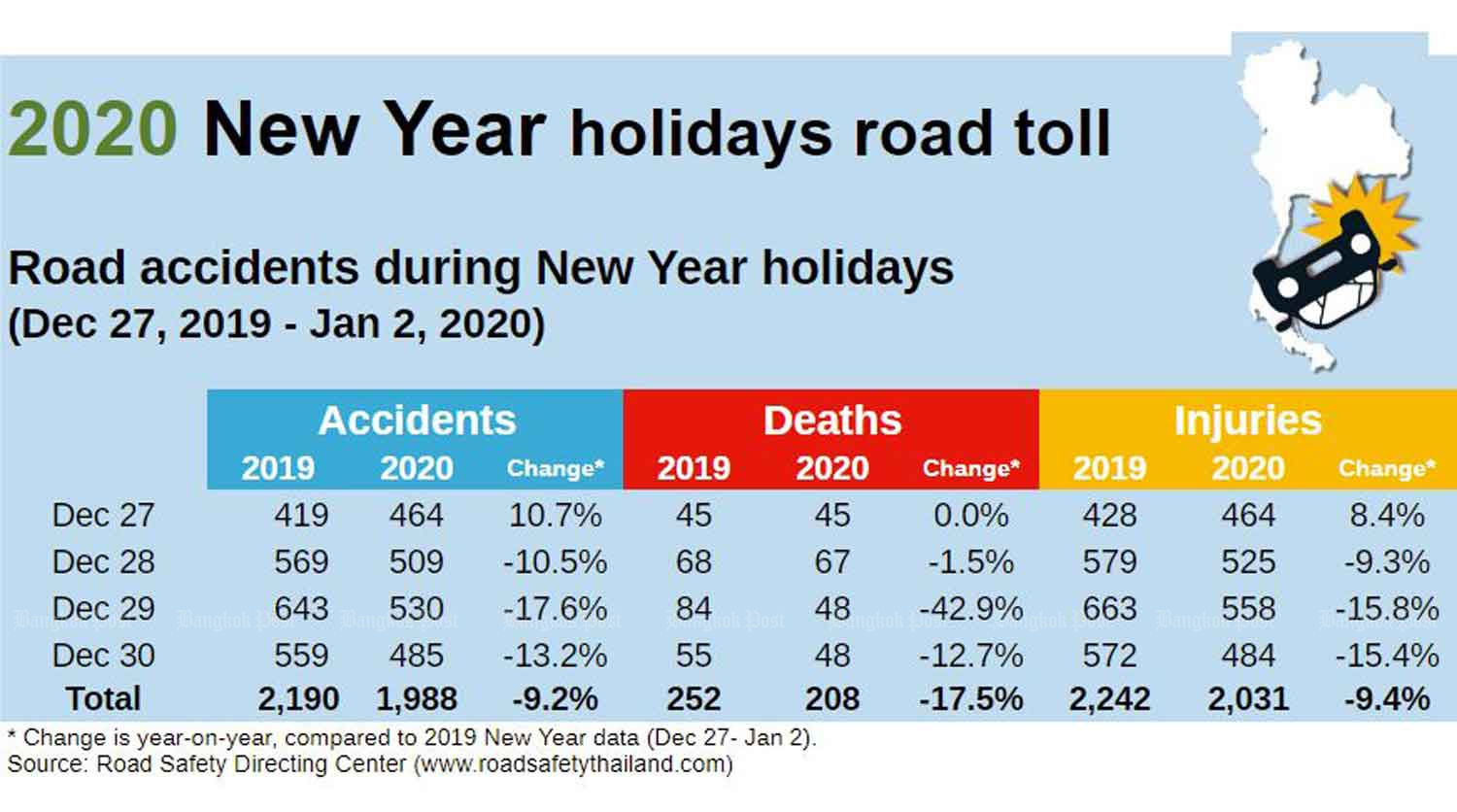