A rescue volunteer shows a firework found on the ground following an explosion that killed a 51-year-old British man in Pattaya, Chon Buri during New Year's celebrations. (Photo by Chaiyot Pupattanapong)

CHON BURI: A Briton, 51, was killed after a firework he was trying to light exploded during New Year’s celebrations in Pattaya town shortly after midnight.

The explosion occurred on Soi Liab Chai Had 13/2 in tambon Nong Prue of Bang Lamuang district, said Pol Capt Nakhonrat Nontseelard, deputy investigation chief at Pattaya police station, who was alerted at around 12.30am.

Police and rescue workers who arrived at the scene found a crowd of people in front of a beer bar where the British man, identified as Gary McLaren, was found lying on the ground with serious facial injuries.

Medics performed CPR but failed to save his life. His friends were seen crying at the scene. A large firework was found on the ground nearby and police took it as evidence.

Ms Wassana Ngontai, 24, who witnessed the explosion, told police that the Briton and his friends were celebrating New Year's at the bar. He tried to light the firework in front of the bar twice, but failed.

She later noticed there was smoke coming from the firework while he was still in close proximity. Suddenly, it exploded, she said. 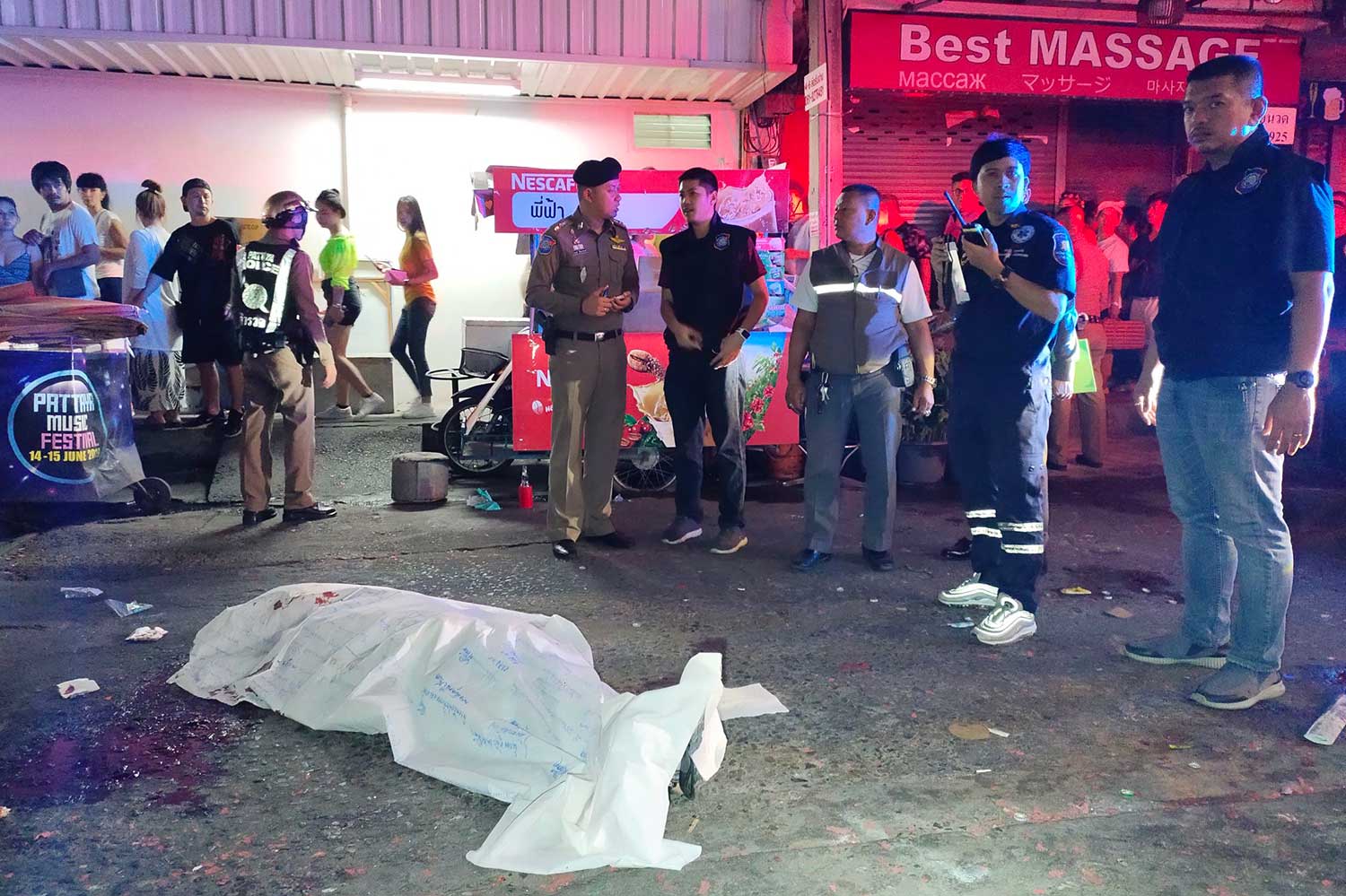 The body of a British man killed in a firework explosion is seen in Pattaya. (Photo by Chaiyot Pupattanapong)