Police say a 39-year-old Briton has confessed to charges of stealing a motorcycle in Pattaya on Dec 30 and a local man's wallet two days later. (Photo by Chaiyot Pupattanapong)

PATTAYA: A Briton has been arrested on theft charges after he allegedly stole a motorcycle from a woman and a wallet containing some cash from a man.

Chanida Muangsak, 30, a photographer for a local tour boat operator, told police that her motorcycle with Chon Buri licence plates parked at the entrance of Soi 5 on Pattaya Beach Road had disappeared at around noon on Dec 30.

She had asked people in the area who told her a foreign man might have stolen her bike. She and her friends had tried in vain to find the man so she filed the police complaint.

Natthawut Damdong, 23, told police that the suspect had joined him while he was drinking alone at a beer bar on Pattaya Sai 2 Road in the early hours of Jan 1. Mr Natthawut left to get a bottle of beer for the suspect, but when he returned his wallet containing 900 baht in cash and other documents was gone. The man also took his mobile phone and fled on a motorcycle, Mr Natthawut told police.

After investigating both witness accounts, Pol Col Khemmarin sought approval from the Pattaya court to arrest the British suspect, who had entered Thailand on a tourist visa five days ago.

He is now in police custody pending legal action. 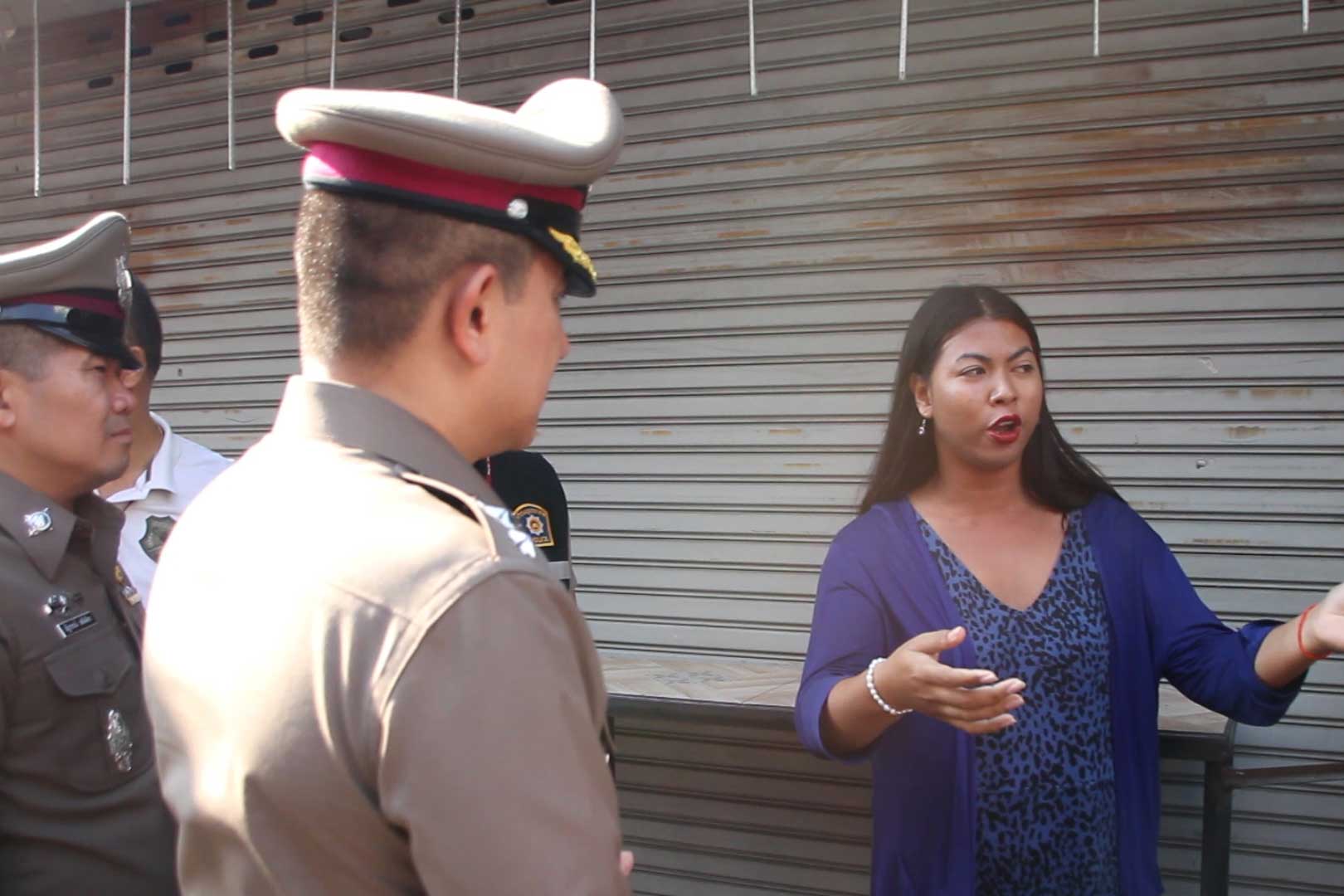 Chanida Muangsak talks to police on Saturday about the theft of her motorcycle in Pattaya by a foreign man on Dec 30. (Photo by Chaiyot Pupattanapong)