At least 30 human bones and a skull are found in an old metal casket in a pond at the home of a 40-year-old murder suspect in Bangkok's Bang Khae district. The man was earlier charged with killing a 22-year-old woman and concealing her corpse. (Photo by Pornprom Satrabhaya)

An old metal casket containing more than 30 human bones was retrieved on Thursday from a large pond at the Bangkok home of Apichai Ongwisit, dubbed "Ice Heep Lek" the metal casket killer, who was earlier charged with murdering a young woman and concealing her corpse. Earlier, almost 300 bones were found.

At least 40 divers from several agencies took part in the search of the pond at the end of Soi Phetkasem 47 in Bang Khae district on Thursday.

The pond, which covers about two rai, was split into 14 zones for the search operation. About 30 minutes into the search divers found 10 bones and a knife, which were removed from the pond, Thai media reported.

About 2.20pm, they found and brought up an old metal casket found to contain at least another 30 human bones, including a skull, an 8 kilogramme dumbbell, a chain, a T-shirt and pair of short pants, and  some rope. 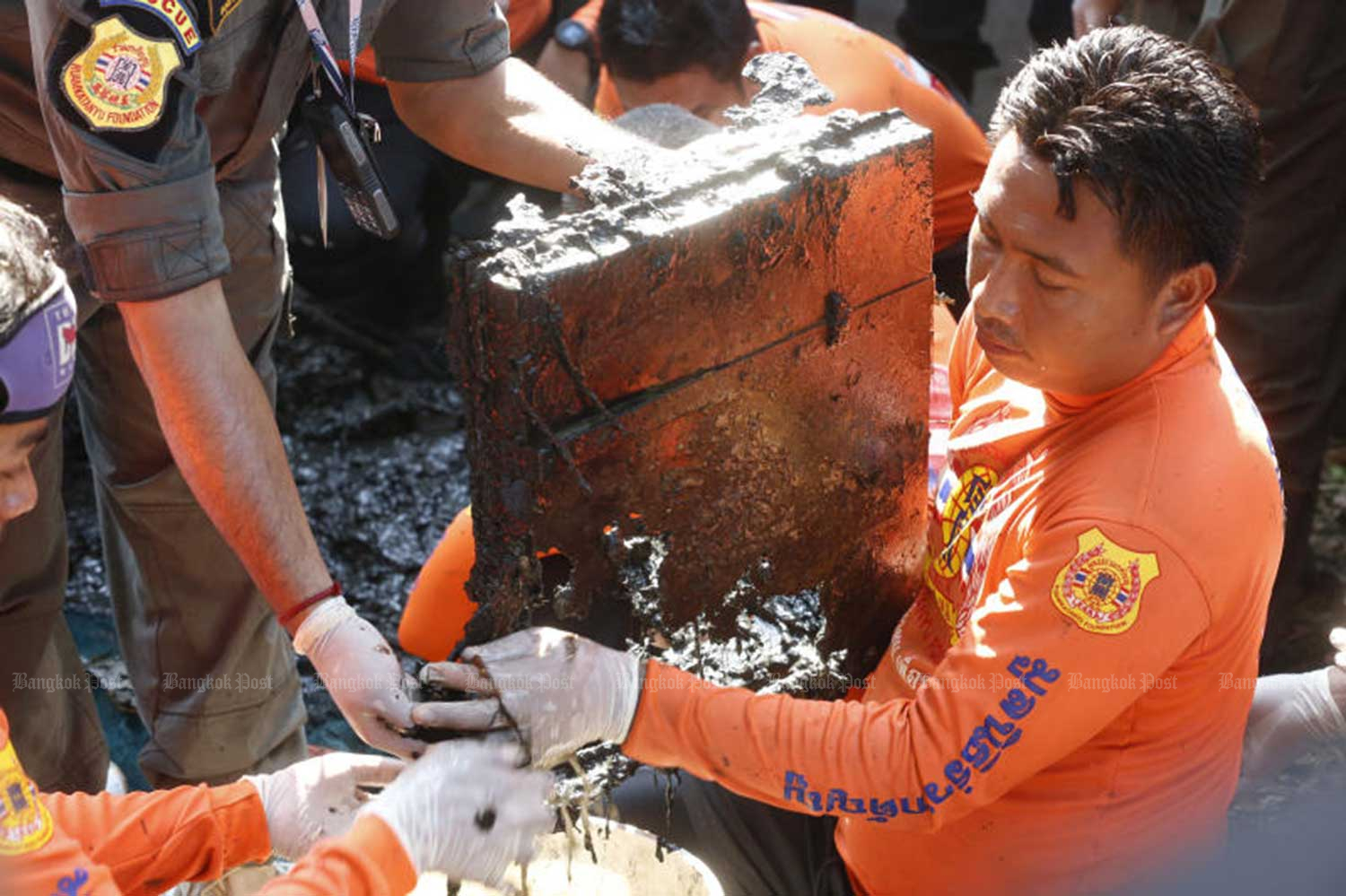 Pol Lt Gen Piya said the skull and bones might be those of a small woman.  Police believed there might be at least three corpses.

Pol Lt Gen Phukphong Phongpetra, chief of the Metropolitan Police Bureau, said the bones might belong to a woman aged over 18 years old.

Investigators earlier thought some of the almost 300 bones found in the pond last week might belong to a girl aged 12-15, the city police chief said.

Last Friday, a team of divers found a total of 288 bones in the pond, about five metres away from the spot  where they had found a human skeleton on Jan 16.  The skeleton was wrapped in clothes and a bedsheet and hidden under a massive metal object and fastened to dumbbells by chains.

The search of the pond was ordered after police were convinced by witness testimony that it was possible that there were two more corpses in the pond near the suspect's home in Bang Khae district.

The suspect reportedly earlier admitted he had killed the woman in August last year at his house. According to local media reports, Apichai was a drug user. He began a sexual affair with the woman and then fell in love with her.

He reportedly ordered her to sleep in a metal casket, which he locked to ensure she did not leave him. When he opened the casket in the morning, he found she had died from suffocation.

Pol Col Jirakrit Jarunpat, commander of the Women’s and Children’s Welfare Division, said draining the water to search for more evidence was not the best way as the pond might be linked to outside water sources.

Chanchai Nakhiew-ngam, 31, a former girlfriend of Mr Apichai, has told police the man had a violent temper and she believed there were more corpses in the grounds of his house. The property sprawls over about 20 rai. 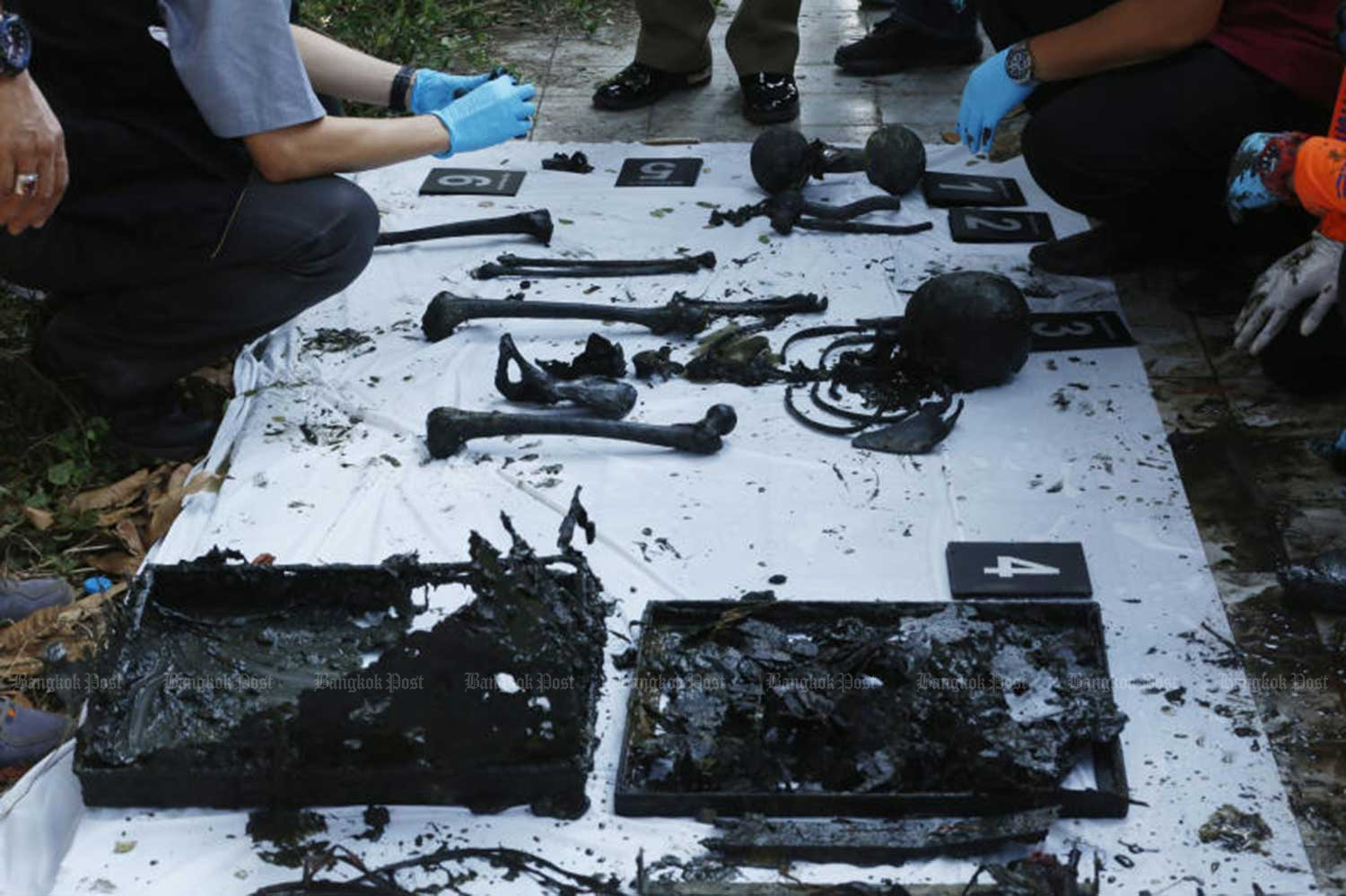 Many pieces of bone and a skull are found in the casket. (Photo by Pornprom Satrabhaya) 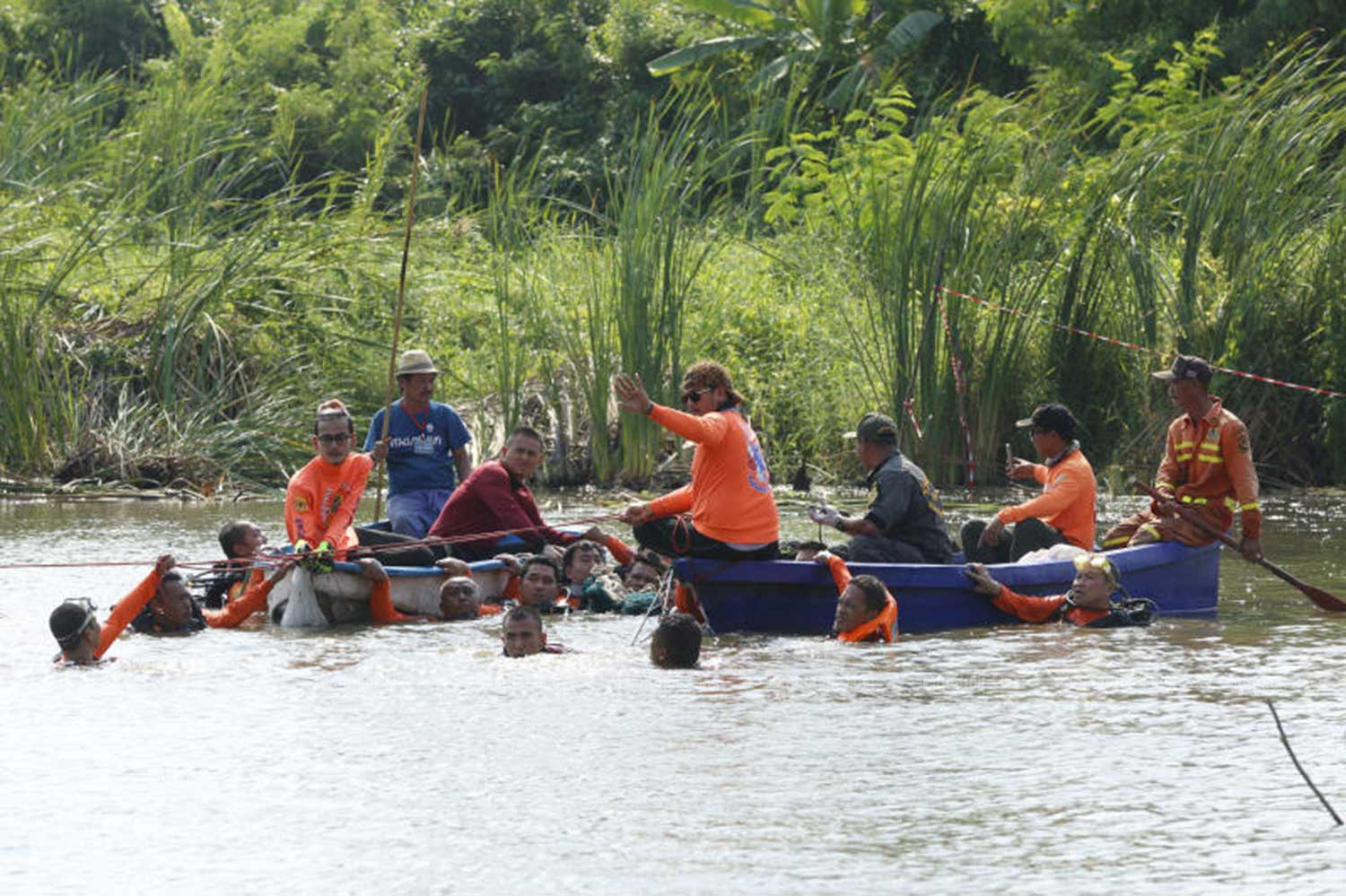 At least 40 divers from several agencies take part in the search of the pond, which extends over more than 2 rai. (Photo by Pornprom Satrabhaya)