Phakphum, left, is questioned by police at a resort in Nakhon Ratchasima's Sikhiu district for allegedly pimping five schoolboys to male customers. All the boys were rescued. (Photo by Prasit Tangprasert)

NAKHON RATCHASIMA: A gay man has been arrested at a resort in Sikhiu district for allegedly procuring five 14-year-old schoolboys to provide sex services for male customers.

Identified only as "Phakphum", he was taken into custody by police led by Pol Col Jiradet Phrasawang, deputy chief of the Anti-Human Trafficking Suppression Division, on Thursday evening.

During interrogation, Mr Phakphum allegedly admitted he had persuaded the boys to provide sex services for male customers for money. Customers paid the boys 2,000 baht a time. He kept 50% of it.

The suspect said he spent some of the money buying sex from boys. He admitted he was infected with HIV and was being treated, police said.

Mr Phakphum will face human trafficking charges, police said. The five boys were now back in the care of their parents. 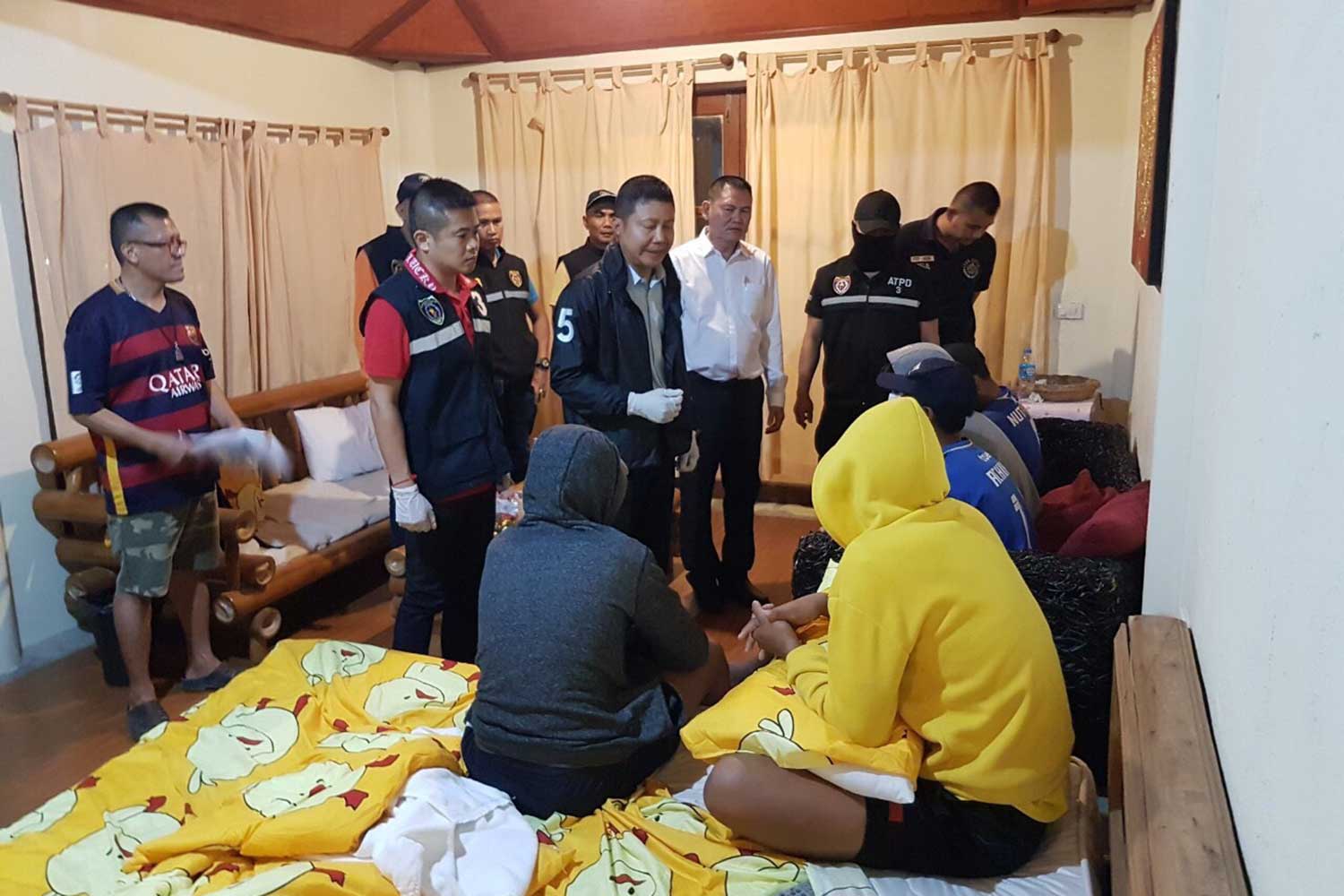 Police with the five 14-year-old boys persuaded to provide sex to male customers, at a resort in Sikhiu, Nakhon Ratchasima. (Photo by Prasit Tangprasert)