Soldier kills 20 on rampage in Korat

Reports of 16 hostages as police, military rush to scene

CAUGHT ON FILM: The suspected shooter in a CCTV grab at Terminal 21 shopping mall.

NAKHON RATCHASIMA: At least 20 people were reported killed and an unknown number injured in a shooting spree by a soldier who sprayed bullets at a commander, fellow soldiers and civilians in Muang district yesterday.

The number of casualties was given by Defence Ministry spokesman Kongcheep Tantravanich at 9.45pm yesterday.

Around 10.15pm, gunshots were heard at the Terminal 21 shopping mall where the suspect was hiding, with some people trapped inside.

Police and military officials scrambled to close off the area under siege by the soldier who was believed to be equipped with 3-4 firearms and 700 bullets he had taken from his military camp.

Local media showed video of the soldier getting out of a vehicle in front of the mall around 6pm and firing a series of shots, sending people running. Gunshots could be heard on the video.

Once inside, the attacker fired at a cooking gas container inside the mall's food court, causing it to explode and sending shoppers into a panic.

Troops from a special warfare unit were sent to the scene, where the attacker was said to be holding 16 people hostage on the fourth floor. 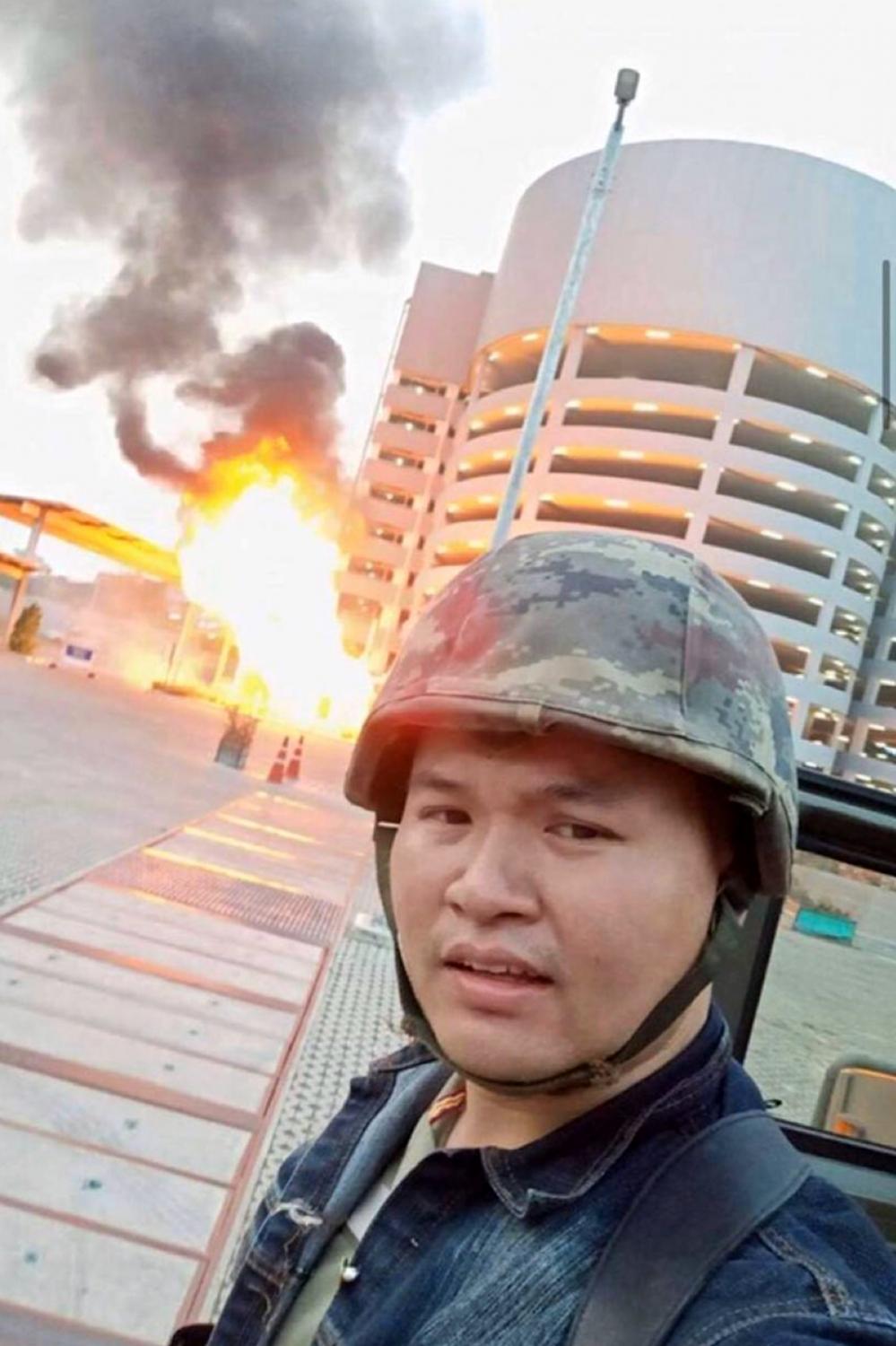 Police brought his mother Charansri Saengchompoo from Chaiyaphum to the mall with the hope she can convince him to surrender.

Earlier, around 3.30pm, reports say the attacker first shot dead his commander and two others inside a military camp before fleeing in one of the unit's Humvees.

He fired at civilians along the route to Terminal 21 shopping mall in Muang district.

The attacker then streamed the shootings in the mall on Facebook Live and took a selfie holding a rifle.

There were unconfirmed reports the man was also armed with hand grenades. By 7pm, authorities had closed off the area within a 2km radius of Terminal 21 shopping mall warning residents to stay indoors. 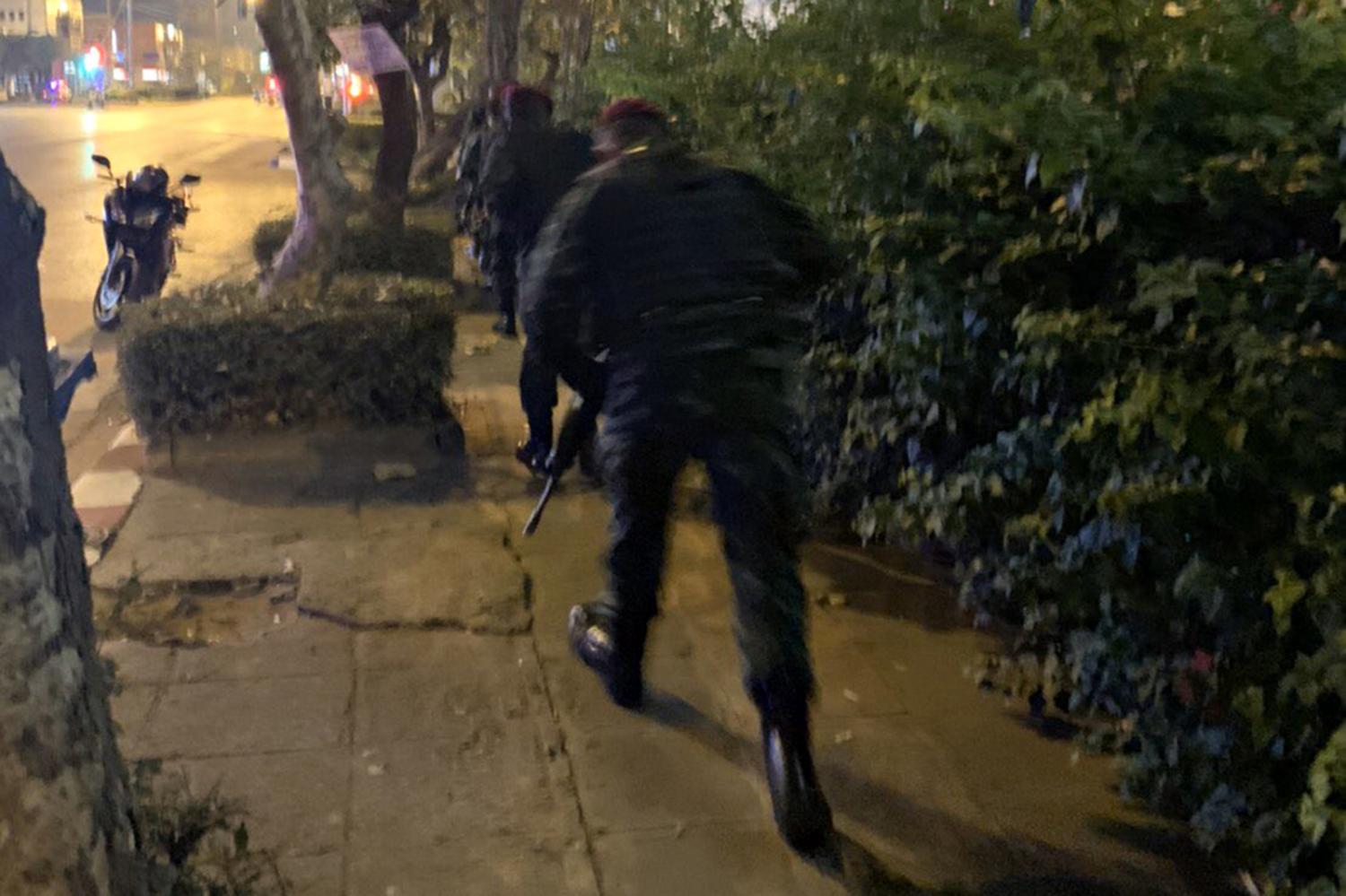 THE CAVALRY: Soldiers are sent to seal off the area around the shopping mall.

During his live broadcast, a fire was clearly visible at the mall in the background. It was reported that the perpetrator had fired shots at gas tanks which caused an explosion and the fire.

The suspect was still posting messages on Facebook at 7.10pm yesterday.

Some of the posts included "Should I surrender?" and "Oh, hell, I've got cramp in my hand". Later, at 7.20pm he posted: "Tired, I can barely move my fingers."

An earlier post showed a picture of a hand holding a .44 Magnum with an amulet wrapped around the barrel.

Other posts featured such messages as "Nobody can avoid death" and "Being rich from taking advantage of others, do they think they can use money in hell?"

However, his Facebook page became unavailable after 7.40pm while he was still inside the mall with his hostages. 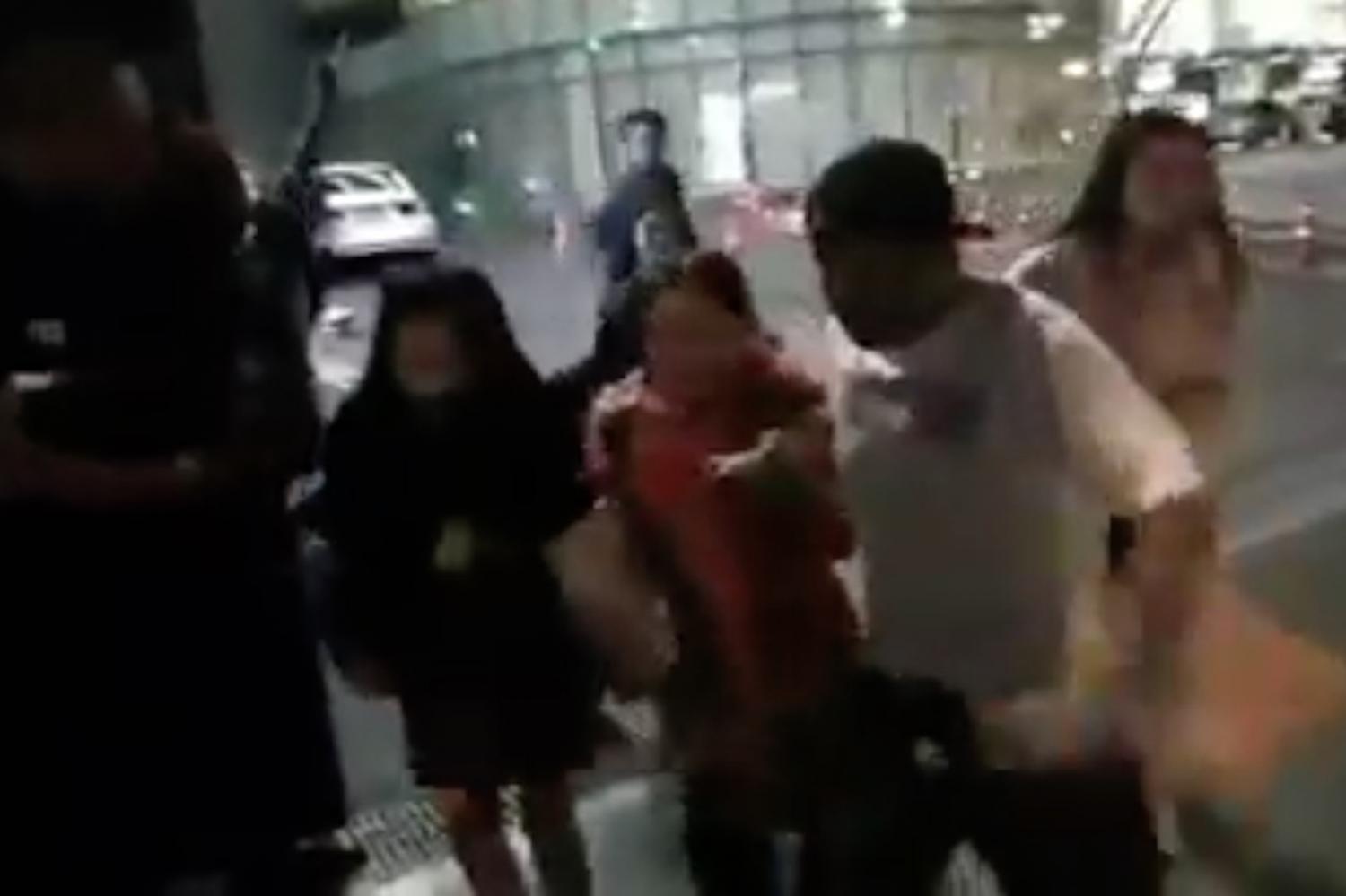 GET OUT OF HERE: Police escort people from the mall to a safe area.

The slain commander has been identified as Col Anantharot Krasae. His 63-year-old mother-in-law and another soldier were also killed at the camp.

Sources said the suspect yesterday afternoon went to ask for a land sale commission from his senior officer and an ensuing disagreement led to the shooting.