Women hired to be surrogate mothers are ushered into a police van following a raid on a house in Bangkok's Lat Prao district shortly before dawn on Thursday. Five women and a Chinese man were arrested. A baby boy was also found inside the house. (Photo by Wassayos Ngamkham)

Five Thai women paid to be illegal surrogate mothers and a Chinese man were arrested at a large house in Bangkok during a series of police raids on Thursday morning.

More than 200 police and officials from other agencies were involved in operations targeting 10 premises  in Bangkok and other provinces shortly before dawn.

Police said a total of nine people, a Chinese couple and seven Thais, were arrested on court warrants during raids in Bangkok, Pathum Thani  and Sukhothai provinces.

The Chinese suspects are Ran Zhao, 37 and his wife Su Yingting, 48.

A tenth suspect remained at large.

The raids followed a police investigation into a group of Chinese nationals they learned hired Thai women as surrogate mothers, which is illegal.

At a large house on Nakniwas Road in Lat Phrao district of Bangkok, they found six Thai women, a 30-month-old baby boy and a Chinese man. Most of the women were surrogate mothers, according to police.

The women and the Chinese man were held in police custody for legal action. The child was placed in the care of welfare officials.

Pol Maj Gen Worawat Watnakornbancha, chief of the Anti-Trafficking in Persons Division, said police had been tracking a commercial surrogacy network. It had been providing illegal surrogacy services since 2012. Its agents approached Thai women, offering them payment to be surrogate mothers.

Once the Protection of Children Born from Assisted Reproductive Technologies Act 2015 took effect, outlawing surrogacy,  the surrogacy network had instead arranged for the women they hired to be impregnated with donor sperm in a neighbouring country, and then return to Thailand.

When they were due, the women were flown to China and gave birth there. Afterwards, they returned to Thailand alone, the ATPD chief said.

The Royal Thai Police Office would work with Chinese authorities in finding the whereabouts of the babies, he added.

Pol Maj Gen Torsak Sukvimol, deputy commissioner of the Central Investigation Bureau, said the investigation found that the Chinese suspect had run a company as a front to hire Thai women. At least 100 women across the country had been hired by the gang to be surrogate mothers.

Investigators had earlier interrogated eight women in Pathum Thani who were hired for this job and found that 15 babies born from assisted reproductive technologies were registered in their house registration documents.

The investigation also found that at least 50 babies given birth by surrogate mothers had been taken out of the country. Police then sought court warrants for the  arrest of 10 members of the gang.

Nine of them were caught.

Authorities also seized assets from the nine suspects, including 16 vehicles with a combined value of 15 million baht, a house and a company in Lat Phrao area worth about 20 million baht, said Pol Maj Gen Torsak.

The gang also had other assets worth about 100 million baht, which would be examined, the CIB deputy chief said. 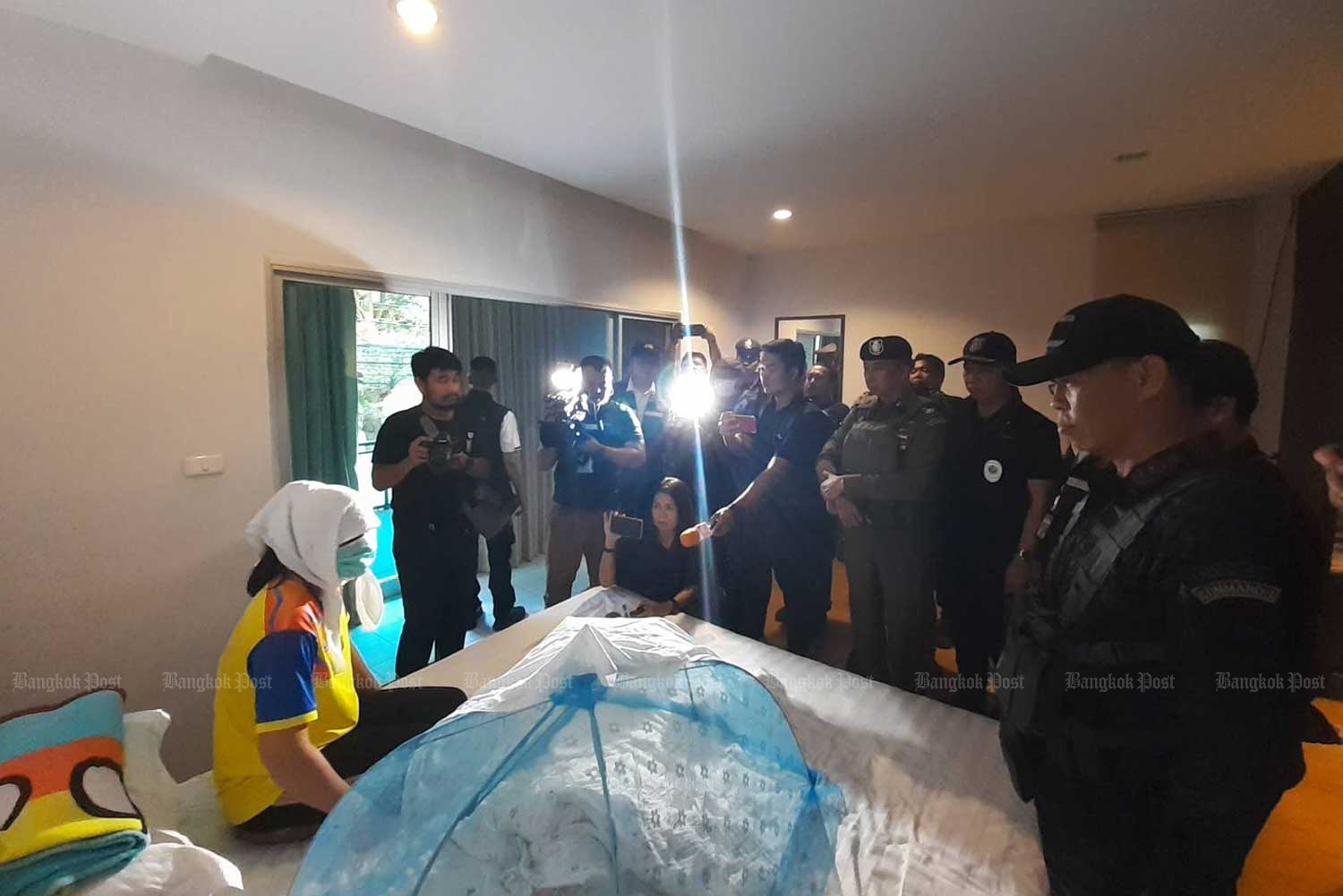 A hired surrogate mother and a baby boy, aged around 30 months, detained during a police raid on a large house in Bangkok on  Thursday mporning.