April 11-19 being considered to shore up travel

Gen Prayut admitted the nine-day holiday for the Thai New Year celebrations is under consideration but he did not give the timeline for the final call. 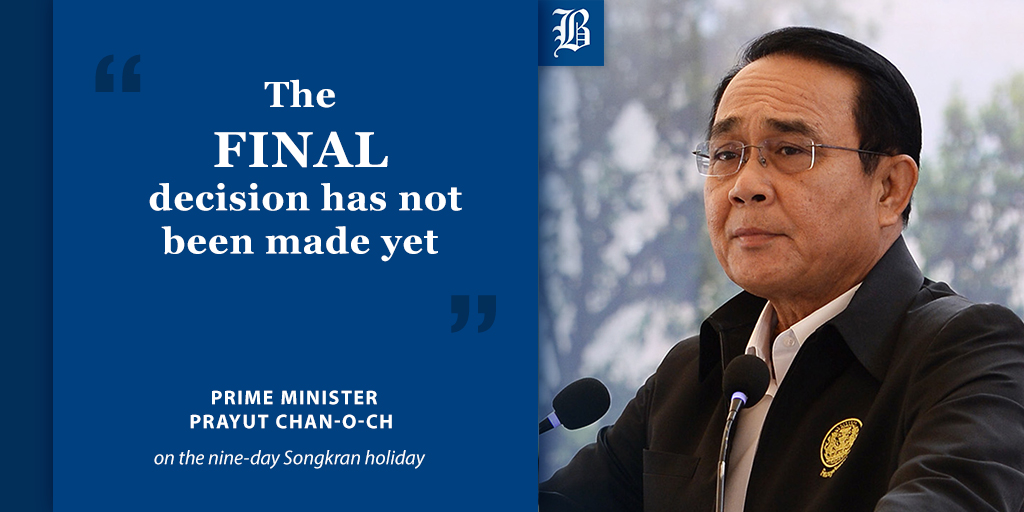 "The final decision has not been made yet," he said.

The Songkran holiday are from April 13-15 every year. This year, it starts Monday through Wednesday. When taking into account Saturday and Sunday preceding them, the holiday is five days long.

Deputy Prime Minister Somkid Jatusripitak came up with an idea of extending the Songkran period this year to cover Thursday and Friday as well, making it a nine-day holiday (April 11-19). The long period will encourage more people to travel and spend money to give the tourism industry a boost after a sharp drop of tourist numbers from China, he said.

According to his plan, the extra two days are not for free — two public holidays in the second half of the year might be cut to compensate them if the plan is approved.

The Covid-19 epidemic, which started in China in December, is taking its toll on Thai tourism as people avoid travelling around the globe. China has banned tour groups in a bid to contain the virus and the Chinese are Thailand's largest tourist group.