Delighted to be free of quarantine
Thailand
General

Delighted to be free of quarantine

A woman with her baby is assisted by nurses as she leaves the Covid-19 quarantine facility at the naval base in Chon Buri on Wednesday.

CHON BURI: After being quarantined for 14 days at Sattahip naval base in Chon Buri, Yui -- aged 32, newly-wed and two months pregnant, was allowed to return home. Yui was among 137 "Wuhan returnees", whom the government airlifted from Wuhan in China, epicentre of the coronavirus outbreak.

Naval officers on Wednesday saw off the Wuhan returnees, who spent the past two weeks at the naval base after a 14-day quarantine period ended. One other returnee, a Thai guide infected with the novel coronavirus, remains at Chon Buri Hospital, and will be discharged if he is cleared of the virus.

As many looked happy to be reunited with their families at the base, Yui, still looked worried. She admitted her Chinese husband still remains in Wuhan. "My husband told me to go home first because I am pregnant. He promised he will come back to Thailand as soon as chance permits," Yui, told the Bangkok Post.

Yui went to Wuhan in early January, and held her wedding on Jan 16. She had planned to return to Thailand with her husband by the end of last month.

But the Chinese government started locking down Wuhan on Jan 23, stranding the newlyweds in the city. 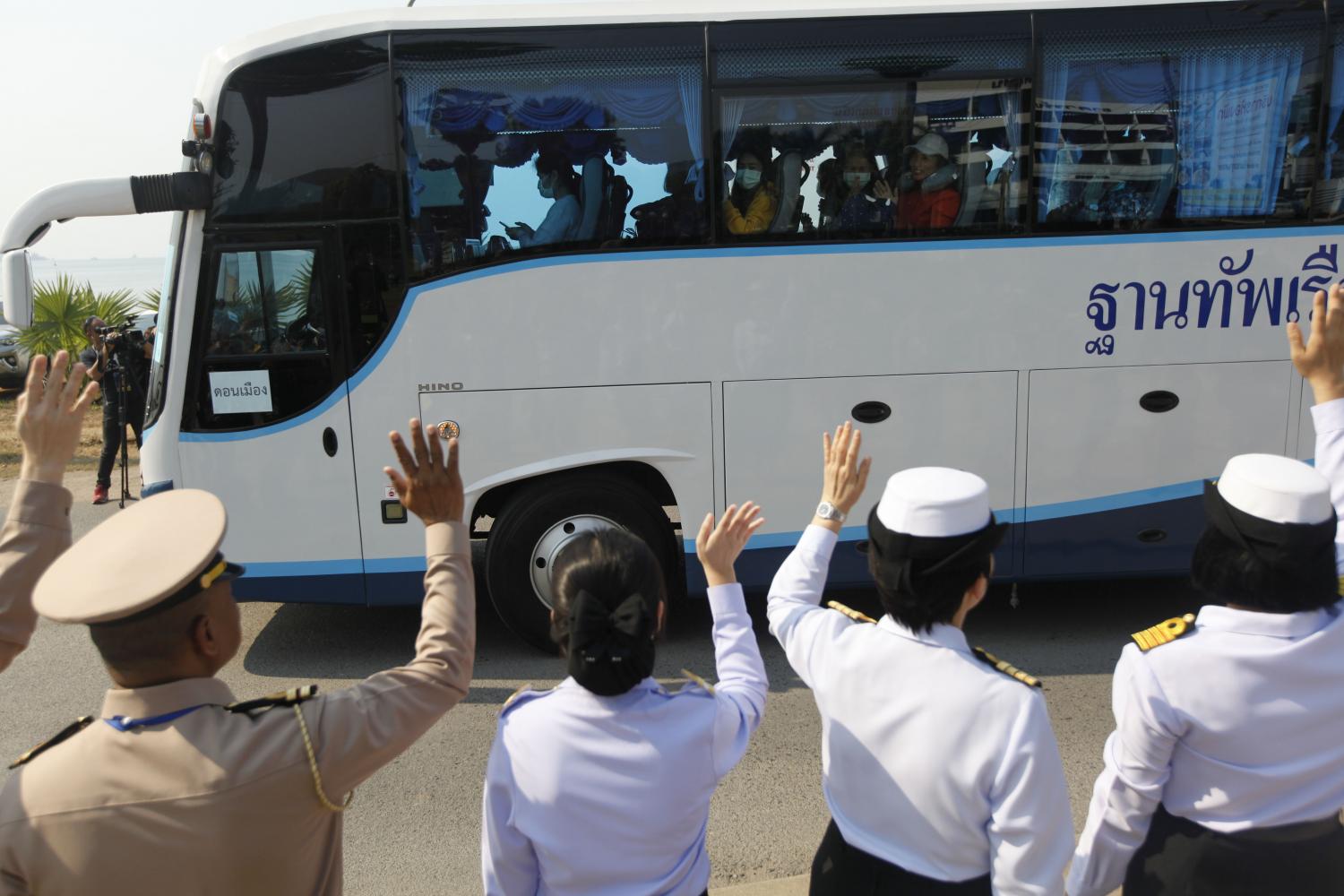 Naval offices wave goodbye to the 137 Thais who passed the 14-day quarantine period after returning from Wuhan, the epicentre of the virus outbreak in China.

In Wuhan, before the lockdown, she had access to social media including WeChat and telecommunications to interact with the world outside. Yui said she was also in constant touch with with Thai Embassy in China.

But when the lockdown started, she felt like a prisoner in solitary confinement. The streets were emp­ty and it was difficult to travel.

She would have not be able to board the plane that the Thai government sent to bring Thais home from Wuhan, if it wasn't for a kind Chinese neighbour who offered to take her to the airport. 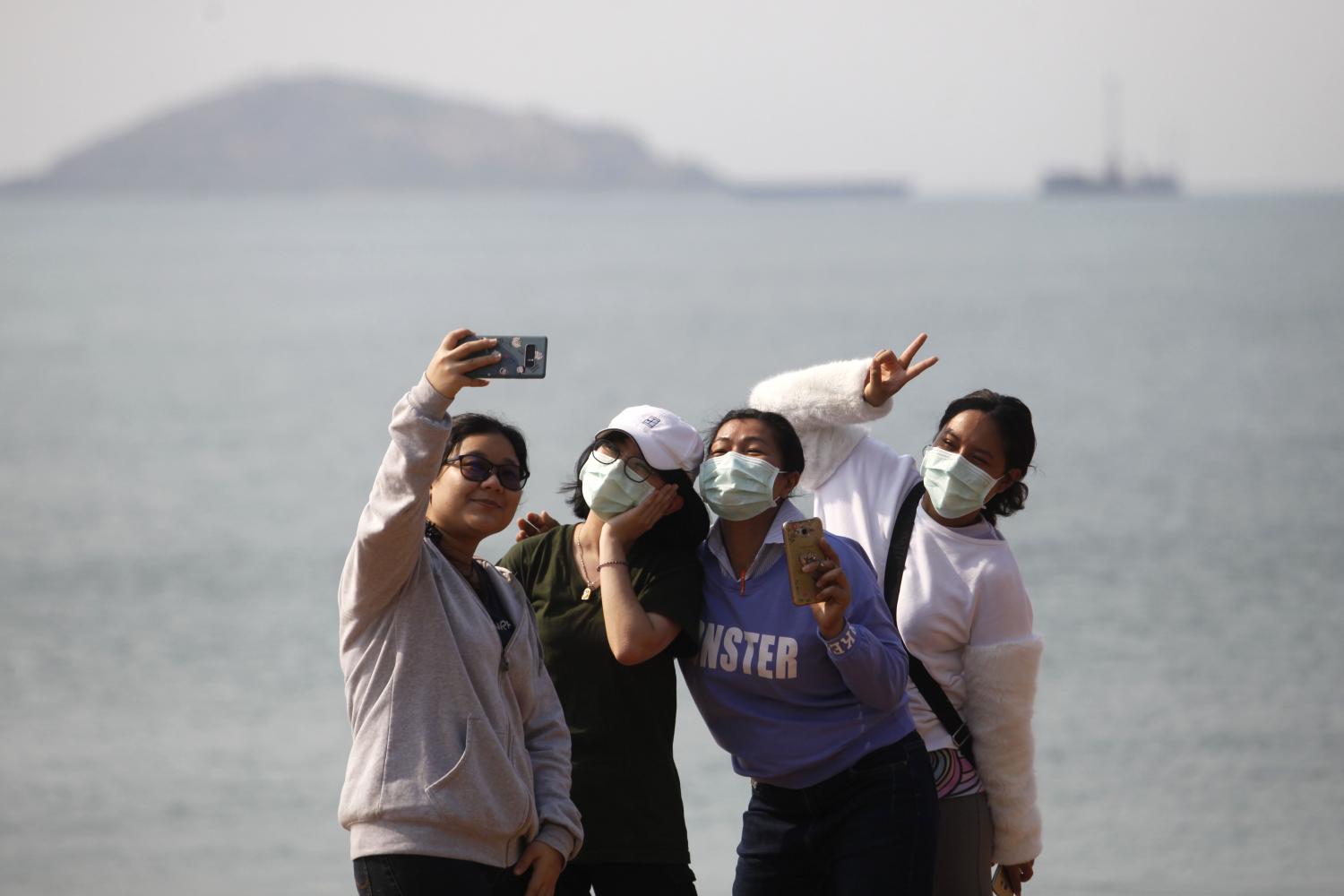 Returnees take a group selfie by the sea outside the quarantine facility.  photos by Wichan Charoenkiatpakul

During the past 14 days, Yui and her husband talked on the phone every day. "My husband is in good health. But Wuhan City is not."

Speaking from the naval base on Wednesday, Deputy Public Health Minister Sathit Pitutecha said on Wednesday the quarantine of the returnees was successful. "This can offer confidence to tourists who plan to come here in April to celebrate Songkran, that the government has strong and effective measures to deal with the outbreak," he said.

"All discharged people are happy to return home. They thanked officials for their good care. Everyone is happy they can hug their families again. Some families will visit Chon Buri province before going home," said Mr Sathit.

Some of the returnees said their relatives were planning to pick them up at Sattahip naval base. 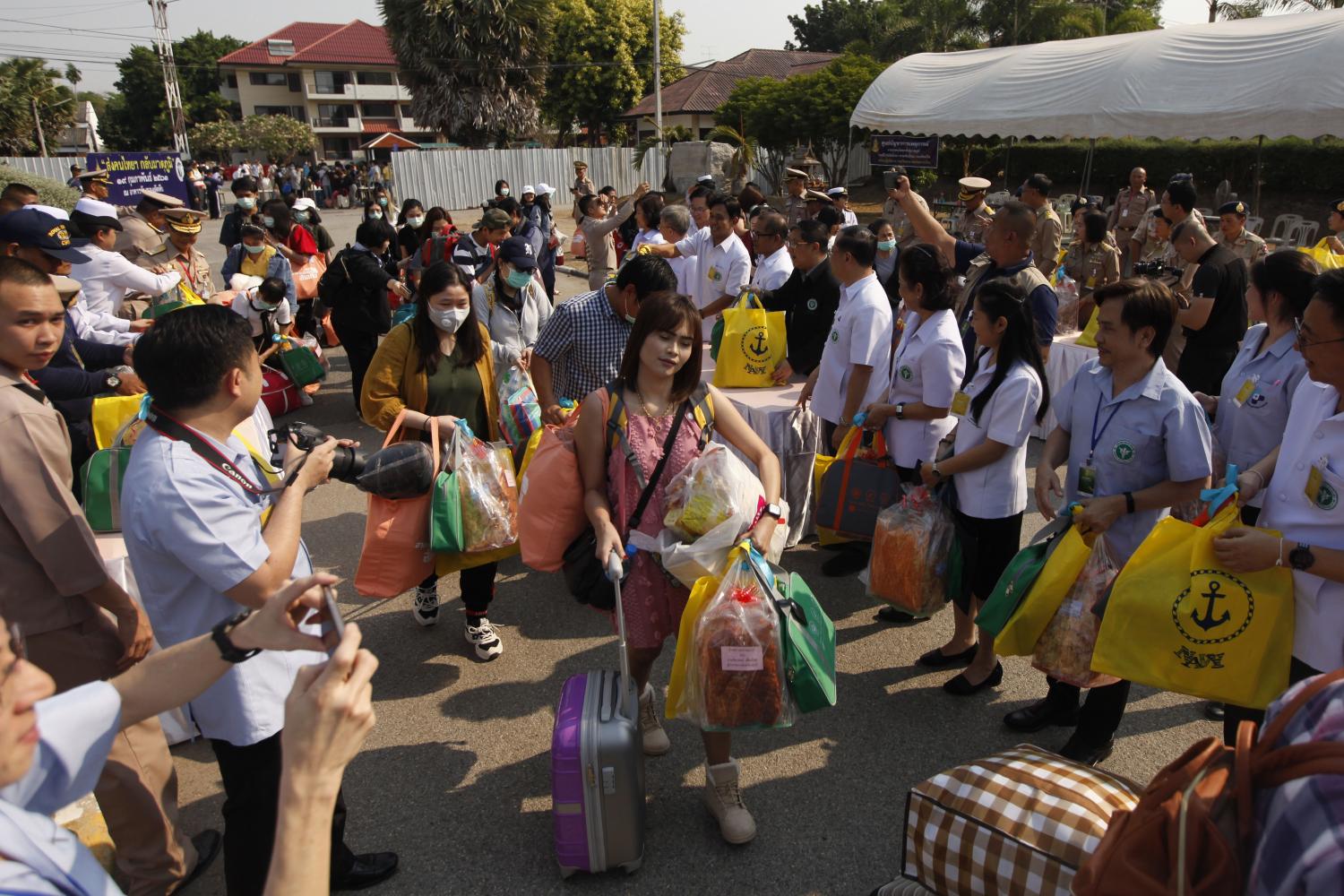 Medical staff hand out bags for the returnees to put their belongings in.

Others boarded naval vehicles which dropped them at U-Tapao airport in Chon Buri, Suvarnabhumi airport in Samut Prakan, as well as Don Mueang airport and the main bus terminals in Bangkok.

Returnees and their families thanked the government for handling the quarantine well. In quarantine, 30 medical staff monitored the returnees.They were fed well, including special requests like raw mango for Yui.

Somkiat Pipatwutchananond, 60, father of a returnee, said his daughter looks happy. Mr Somkiat brought the whole family from Nakhon Ratchasima to pick up "Nong May", his daughter who studies at Wuhan University.

"Nong May looks happy. She told me everyone took good care of her. She has put on weight from all the delicious food," said Mr Somkiat, who plans to take a break in Chon Buri for one night.

Somsri Suetowong, a 55 year-old nurse who headed the special taskforce controling the quarantine site, said returnees looked anxious and fearful during the first three days because they didn't know what was going to happen to them. 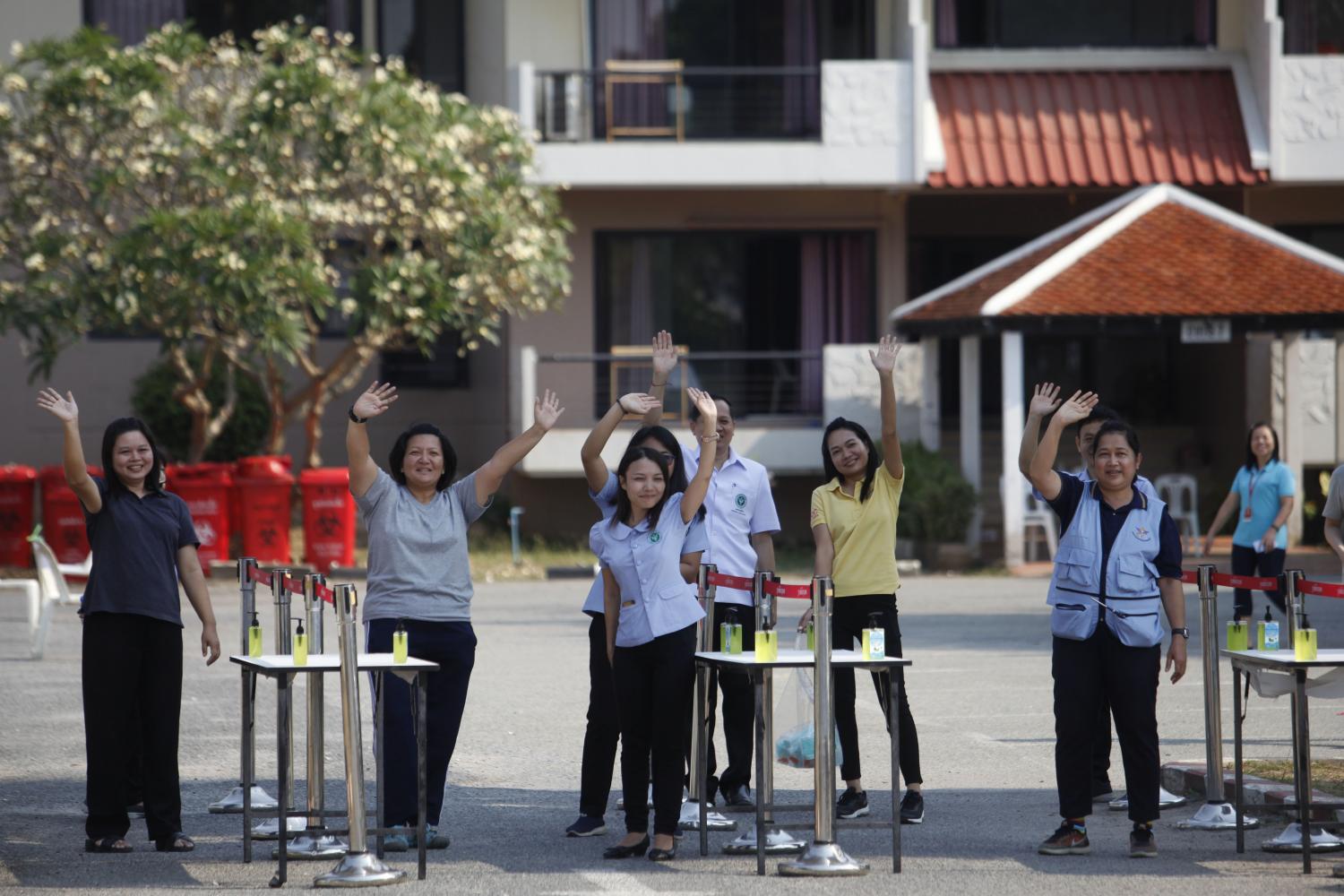 Medical personnel wave to the returnees who boarded buses that either took them home or to airports.

Nurses checked them for flu-like symptoms; meanwhile, a team of psychologists also came to talk to them and help them relax. "They were able to mix normally and take part in outdoor activities," she said.

She admitted staff were stressed because the quarantine was in the public eye.

"But we feel good after received full cooperation from them. I am so happy they can finally go home and be with their loved ones," said Ms Somsri.

According to the ministry, there are 35 confirmed cases of Covid-19 infection in Thailand, 18 of whom are in hospitals. The Public Health Ministry has placed 957 people in hospitals for monitoring since January. To date, 857 of them have been released.